I can not even begin to explain to you what an amazing year this has been for me.  I have met so many amazing people in the Cupcake industry, it feels like a second family! 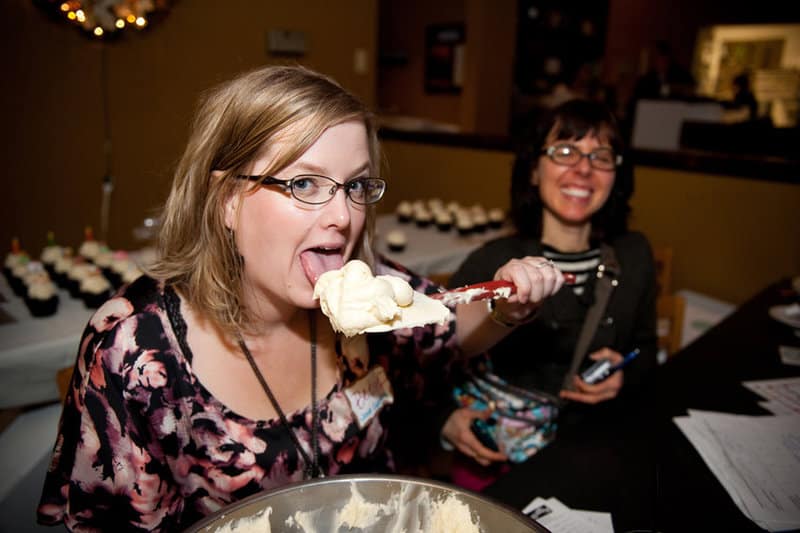 Before I get into my favorite moments of 2010, I want to share with you a few of the people I met online who are just simply amazing and feel so blessed to have a party of my cupcake family! (There are lots more that I’ll mentioning in my favorite moments section!)

Kari Haskel from Retro Bakery in Las Vegas, NV.
Kari and I actually met in 2009 when I went to visit her shop in Vegas with my husband.   Since then, Kari and I have become friends via Twitter and Facebook and I’ve been a huge supporter of everything she does in her shop.  In turn, Kari has participated in my “Ask the Baker” series as well as donate to the Cupcakes Take the Cake Birthday Bash!  Kari has shared recipes, stories, comments, opinions and I look forward to reading her FB posts and tweets every day!  Although Kari and I may never see each other in person again, I am pretty sure I can always call her a friend!!

Michelle Ballard of michelleballards.blogspot.com and @ChelleBallard on Twitter
Michelle reads everything I write… and comments on it. She is one of my biggest supporters and has been very vocal about rushing to the grocery store after I post a new recipe.  We have exchanged so many fun Twitter & Facebook conversations and have really become good friends.  Even though we live in the same state, the distance is just too far to be “real life” friends… *sigh*  It’s too bad, cause I have a feeling we’d be amazing friends in person!

Joy Garcia-Roughton of Lucky Cupcake Hairclips
Joy… well she’s just so simply sweet. She lives down the coast from me in Oregon and is doing her thing with the cutest little cupcake clips EVER! She has always been a supporter of my blogging and has several times sent me her hairclips for giveaways!

Katherine Moore of KatherineRidgely.com/blog
Katherine and I originally came together on Twitter and shared a love of cupcakes. I soon found out that her husband was in the Army, and like mine, was deployed. By complete chance, we literally ran into eachother at Cold Stone in Tacoma, where we both live and since then have been friends! We’ve met for lunch and coffee and have become good friends! It’s amazing how Twitter brings people together!

Meeting Rachel Kramel Bussel from Cupcakes Take the Cake, Jessie Oleson from CakeSpy and Jennifer Shea from Trophy Cupcakes for the first time at the Trophy Cupcakes – Cupcake Meet-up – February 2010

Wow. Just wow. What an afternoon this was. This was my first cupcake meet-up EVER and boy did it pack a big punch! Rachel Kramer Busses, founding member of Cupcakes Take the Cake, was in town and put together a meet-up at Trophy Cupcakes. Some big names in the cupcake world showed up too!! For the first time, I got to meet Jessie Oleson of CakeSpy!! I’m pretty sure I was might have acted just a bit like a groupie…. I mean seriously, she created Cuppie!  Jennifer Shea, owner of Trophy Cupcakes was there too!  Oh…. and I got to meet the super sweet Devon Busnell from Once Upon a Pedestal (not pictured) too. 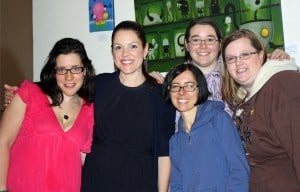 Cupcake Camp was a huge undertaking for me. I got my Mom, husband, daughter and friends to help me bake the 250 cupcakes for this party! I made display stands, business cards, signs… the whole enchilada! I met some amazing bakers, made new friends and memories for a lifetime! I met up with three of my most favorite people in the cupcake industry this day. Jessica of Rocket Queen Cupcakes and Lisa of New York Cupcakes. Carrie of Bella Cupcake Couture was there too, but I had met her through Cupcake Camp Seattle! We hung out at Lisa’s shop, New York Cupcakes, ate her yummies, chatted and made fast friends. It’s amazing how cupcakes can bring people together. I am truly thankful for these friendships! 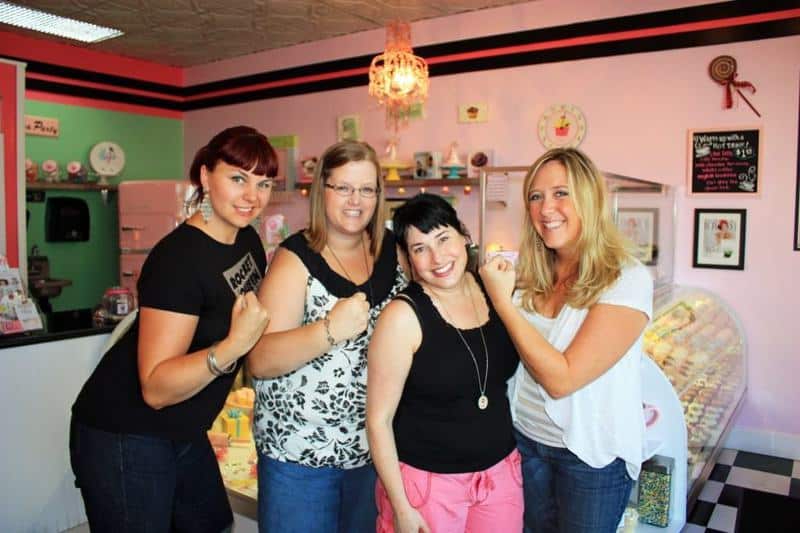 I had never done any kind of demo before in my life.  I probably bit off more than I could chew with this one, spent more money than I should have, stressed too much… but in the end, I had so much fun!  I got to share my love of cupcakes with a room full of people, teach some technique and make new friends!!  Oh, and I entered the cupcake decorating contest and WON!!! Yessss!!!! 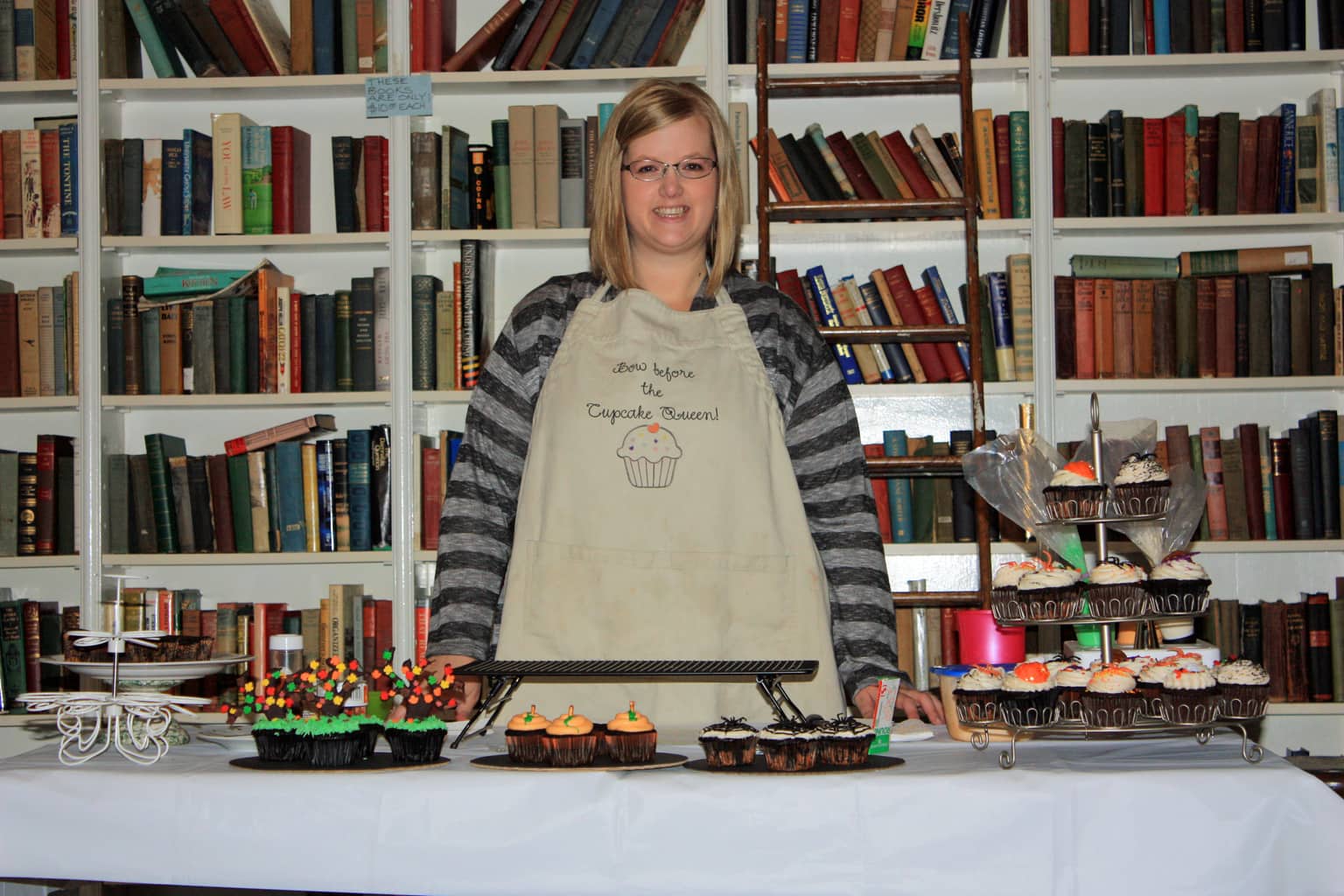 I met Bakerella.  Plain and simple this was one of the most thrilling days of the year.  And… to top it off, she knew who I was!! Was NOT expecting that!!  Oh, and she blogged about me too.  Wow.  Bakerella.  I had more visitors to my site the day she posted a link to my than I did any other day all year!  Bakerella, you rock! 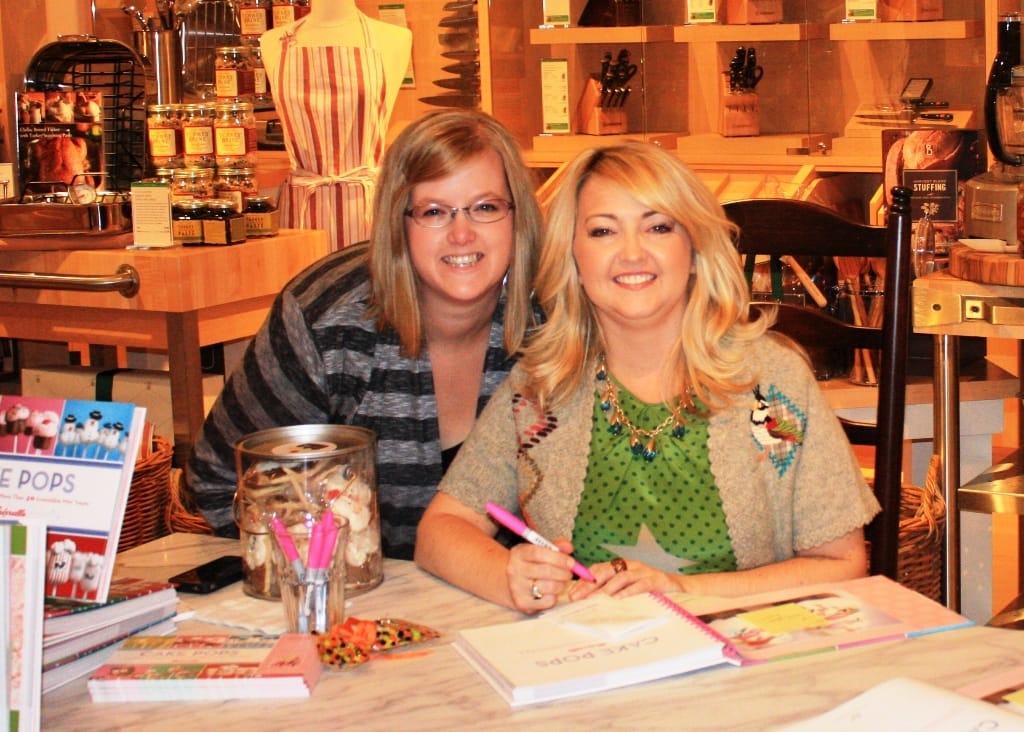 I participated in the Will Bake for Food fundraiser for NW Harvest right before Thanksgiving with dozens of other Seattle food bloggers.  I made over 200 delicious goodies to trade for food items!  I am pretty sure I brought the most baked goodies and had my table open the longest and was the last to sell out!!  What a fun day!

I spent six months planning this event, my husband spent $1000, and I had the most fun of my life!  This party was THE HIGHLIGHT of my year.  The BEST NIGHT of my year.  It was the culmination of everything I had done all year long in my cupcake world… I brought together everyone in the Pacific NW Cupcake Community and had over $5000 in donations… all to celebrate Cupcakes Take the Cake turning 6 years old!  I don’t know if anything will top this… 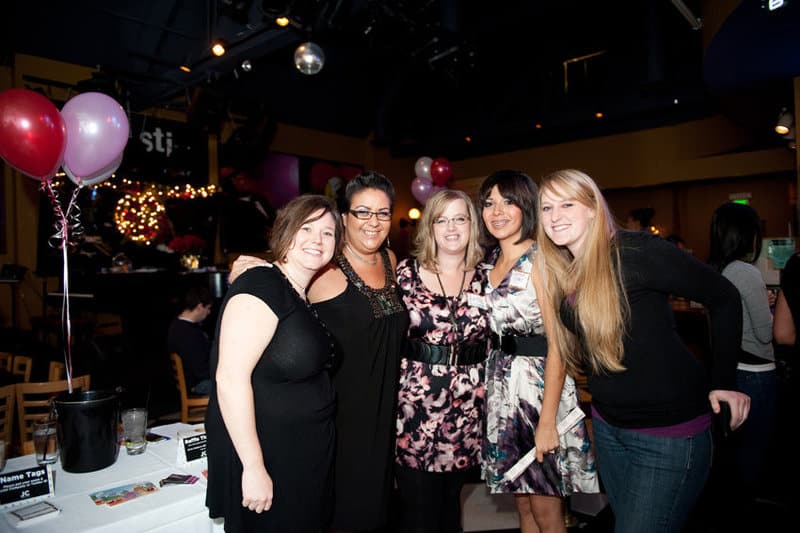 Holy Cow. You had a great time last year. It was fun meeting. Thank you so much for coming to the book siging. Hope you have a great 2011.

Wow. I'm honored. Thank you so Much for being just AWESOME! I wish I could give ya a hug! You are a wonderful human. and I adore you to pieces. xoxo

What a wonderful year.... getting to be friends with you this year has been great.. waiting to see what creative recipe you came up with next... and all of the amazing things you did in the community... I am really looking forward to the coming year and seeing what you come up with :)

You've truly had a lovely year, Betsy! I've absolutely enjoyed seeing you grow within all of your amazing cupcake adventures and I know 2011 will be just as fabulous for you! I'm so, so very thankful to have crossed paths and made such a sweet friend as you!