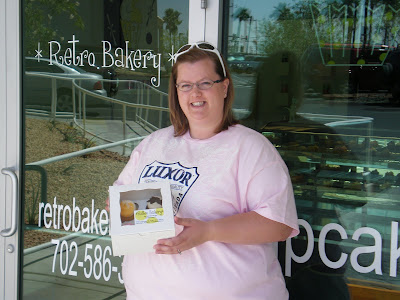 I spent last week in Las Vegas, NV with my husband and I *KNEW* that one stop that needed to be made was at Retro Bakery. Boy, did it NOT disappoint!

Just about 20 minutes from The Strip in Vegas, Retro Bakery is located just off the highway in a quaint little shopping center. I was greeted by a super cute, super friendly bundle of joy named Kari. I had tweeted to her (@RetroBakery) earlier that morning that I was going to be stopping by that day, but I wasn’t sure if she had checked her Twitter or not, so I didn’t mention right away who I was. But… eventually it all came out who I was and how I came to land at the Retro Bakery that day!

Ok… now the cupcakes. I should have taken a picture of the display case. There were so many delicious cupcakes to choose from, it was very hard to pick. My husband and I decided we’d each pick two. 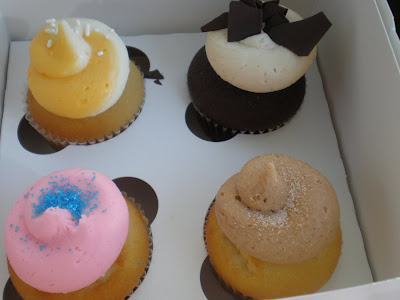 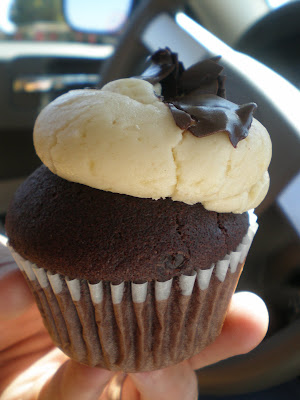 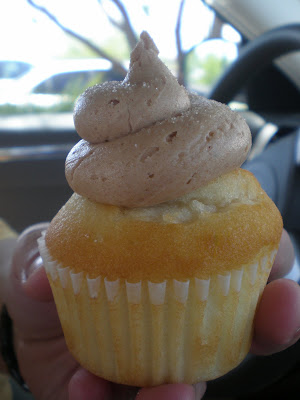 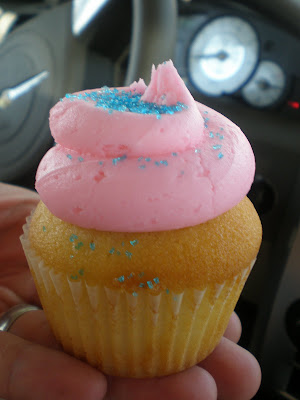 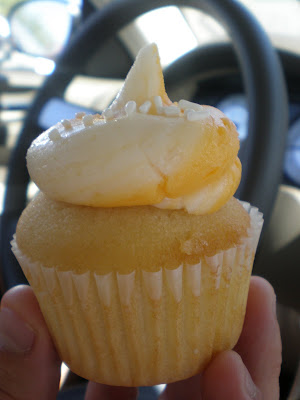 The tag line on the bakery’s business card is “It’s All About the Buttercream” and they aren’t kidding!! The buttercream on these cupcakes was TO. DIE. FOR. Creamy, flavorful, smooth… it just rolled across my tongue with each bite. Each buttercream flavor was distinctly the flavor it said it was going to be. So when I bit into the peanut butter… it actually tasted like peanut butter. Most suprpisingly, the cotton candy buttercream tasted exactly like cotton candy!!

As I look back, I wish I would have tired one more cupcake with a different base flavor. We had three with vanilla and one chocolate. The chocolate was so delish… most and chocolatey!! Yummm!! I gotta give it to the vanaill though… because it was by far the BEST vanilla cupcake I have EVER tasted! It was dense, but not mushy, springy and moist, full of flavor and baked PERFECTLY. I could have eaten those vanilla cupcakes alone if the buttercream had not been so heavenly!

So thank you to Kari for being so sweet when we came to visit!! And thank you to Retro Bakery for making such delicious cupcakes!! I can’t wait to get back to Las Vegas to try four more flavors!

Stopping by from SITS!

Those cupcakes look terrific!Trying to follow you & Retro Bakery on Twitter but coming up empty on the links!

I think I saw these guys on the local news one day. Since I live here, I better go over there and try them out!

This is the best shop ever! I live here in Vegas and I can confirm the craziness they make my brain do. I live clear across town and I make the trip because they are so yummalicious!!

Great post! I came over from "The Secret is in the Sauce" .

oh I have never heard of this place- looks divine!