Skip to Content
107 shares
Hey Seattle Friends!
Since I can’t be there for the GRAND OPENING of the new New York Cupcakes shop in Seattle… I need YOU to be there for me!!
When: Saturday, October 15 – All day long!
Where: 2711-1 E. Madison ST, Seattle, WA 98112 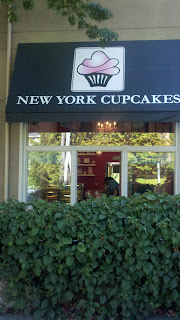 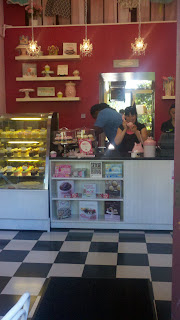 NEW YORK CUPCAKES PAIRS
GRAND OPENING IN SEATTLE WITH DONATION EVENT FOR ST. JUDE CHILDREN’S RESEARCH
HOSPITAL
Bellevue’s New York Cupcakes Opens Second Location in
Madison Valley
Seattle, WA – New York Cupcakes of
Bellevue, WA has opened a second location on East Madison and is pairing their
Grand Opening of the new store with a Donation Event with St. Jude Children’s
Research Hospital.
New
York Cupcakes is a cute vintage cupcake shop that specializes in bringing back
old fashioned cupcake flavors to a modern audience. The shop itself is a
throwback to vintage candy and soda shops, with pink walls, and black and white
checkered floors.
The
Grand Opening will be paired with free mini cupcakes in a variety of their most
popular flavors. Author and artist Jessie Oleson of cakespy.com
will be there signing copies of her new book ‘Cakespy Presents Sweet Treats for
a Sugar-Filled Life’.
The
main event will be a raffle purchased at $1.00 a piece for an Ultimate Cupcake
Birthday Party. All proceeds from the raffle will be donated to St. Jude
Children’s Research Hospital. The Ultimate cupcake Birthday Party for up to
twenty four people, includes cupcakes from New York Cupcakes, Cupcake wrappers
from Bella Cupcake Couture, A two hour photo booth from Art of Subtlety
Photography, one hundred dollars worth of flowers from Toppers European Floral,
a one hundred dollar gift card to Common Folk Co. and with invitations provided
by artist Jessie Oleson from CakeSpy. The raffle will be held all day, and the
winner will be announced at 5pm at the end of the Grand Opening.
New
York Cupcakes has worked with St. Jude Children’s Research Hospital for over three
years, and has raised over $5,000, and continues to be a cause that is near and
dear to all of the staff at New York Cupcakes.
Please
join New York Cupcakes for the grand opening, and supporting St. Jude
Children’s Research Hospital for a cupcake event unlike any other!
xxx
Click here to cancel reply.