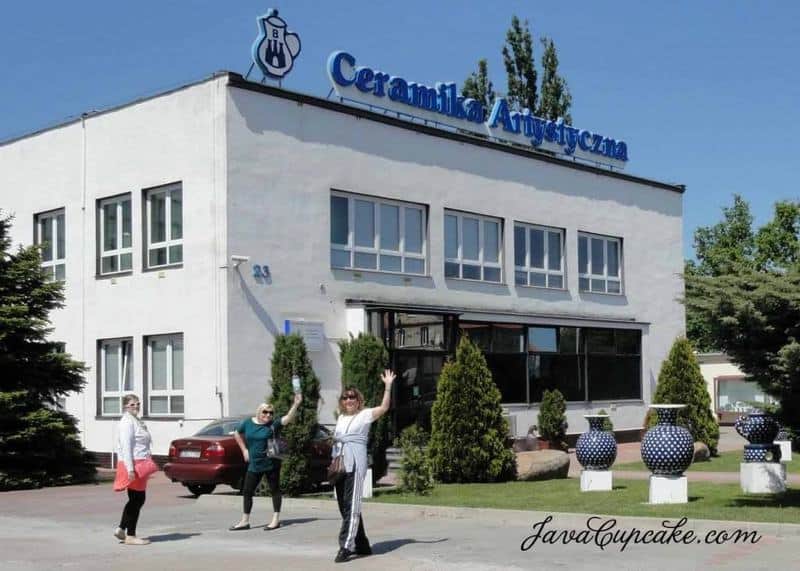 This past weekend I took a bus trip with three friends to Boleslawiec, Polska (Poland) to spend too much money on some amazing pottery! The bus left at 0030 on Saturday and we arrived to our first pottery store shortly after 0530.  Throughout our day, we visited several factories and stores where I wished I could have bought one of everything! 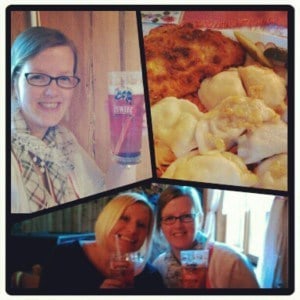 But instead, I focused on baking supplies and pieces that I knew I would use on a regular basis.  cupcake and bundt pans, coffee mugs and lots of other kitchen stuff.  It was kinda funny, during the trip most people were buying casserole dishes and plates… not me.  I wanted cupcake pans and rolling pins.  All baking!!

For lunch, we visited a traditional Polish restaurant where I got to drink try perogies.  I’ve never had them before!  I wasn’t too fond of the filling in two of them, but the filling with the potatoes and farmers cheese was AMAZING!

Of course, my friends and I also had a beer, a traditional Polish beer called Zyweic! It was pretty tasty, especially because the bartender floated raspberry liquor in it.  YUM.  Serious amounts of YUM.

Now, on to the good stuff… here’s what I got! 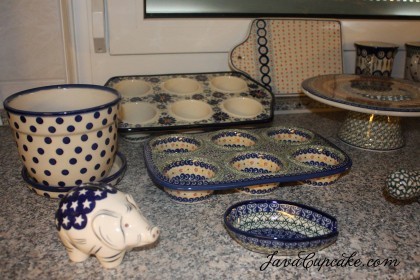 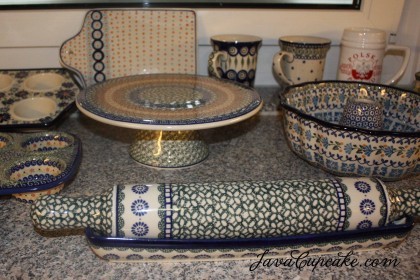 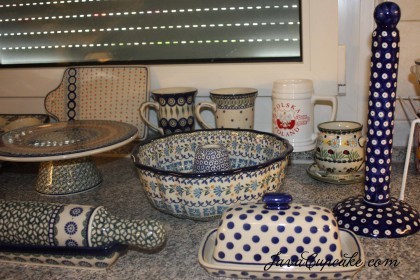 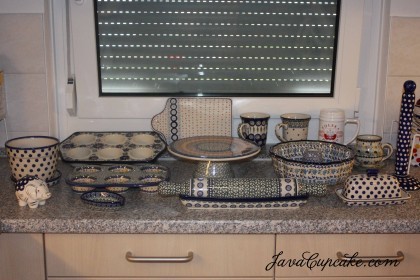 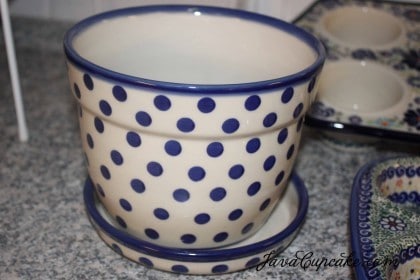 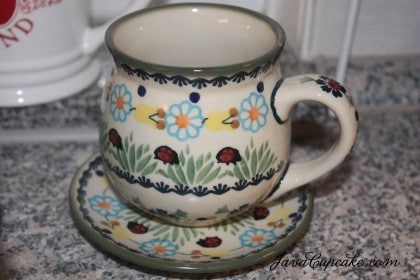 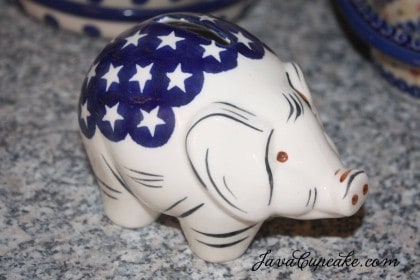 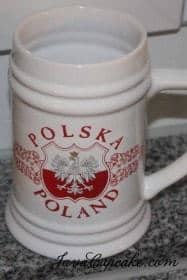 Polksa mug for my husband 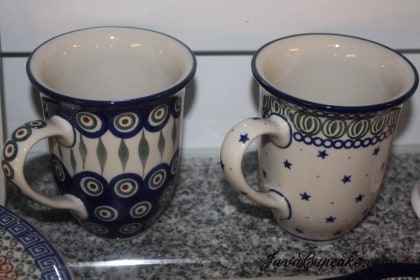 His & Her coffee mugs 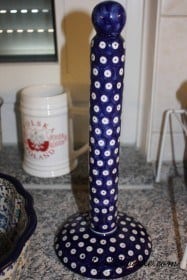 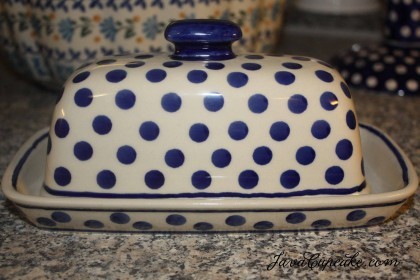 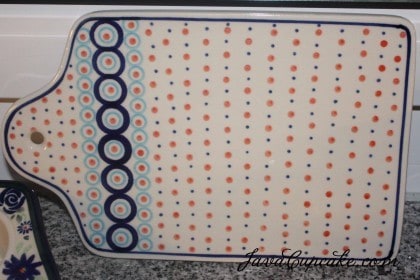 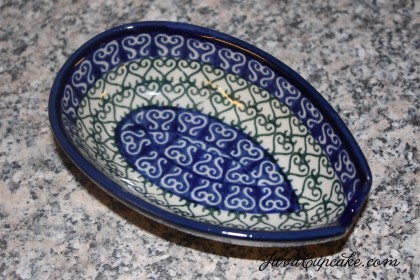 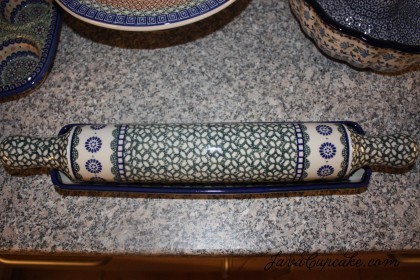 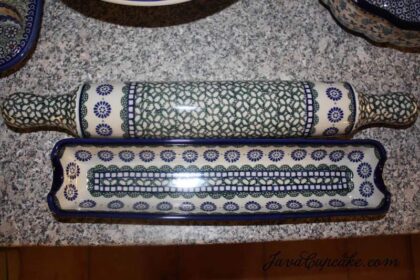 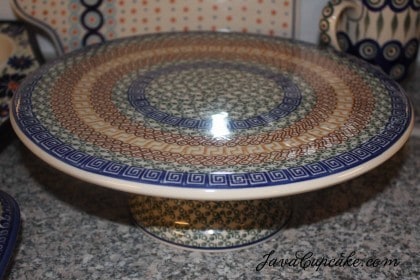 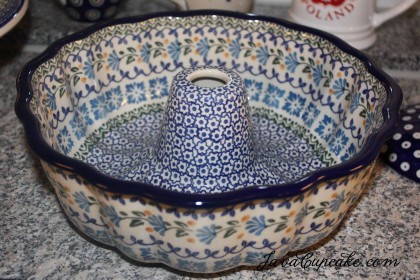 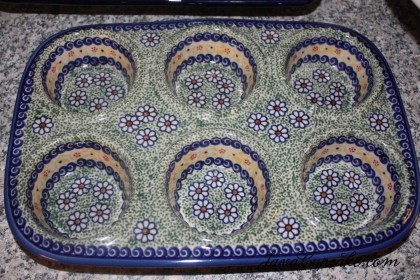 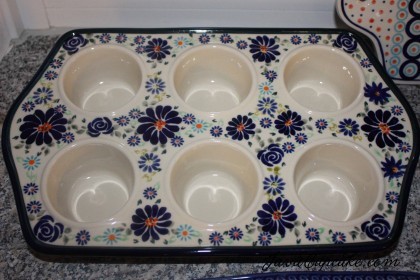 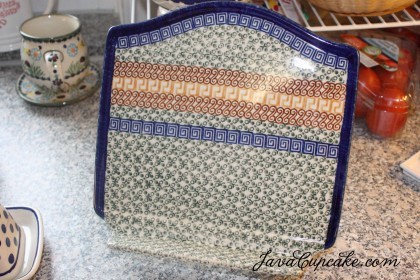 Cookbook or iPad stand for the counter 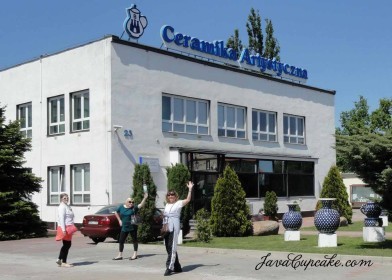 Me and my friends outside one of the factories 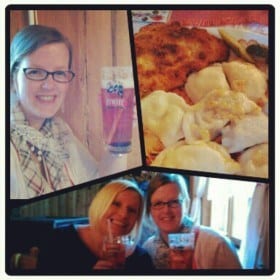 I think my mom and I made over a dozen trips to Poland for pottery when my dad and then husband where stationed in Heidelberg (sad they just closed)! Wish I would have bought baking items then but I do have a full set of dinner plates! Miss Germany and polish pottery. Glad to see that you and your family are enjoying your time there.

Thanks Megan! It was on my bucket list to get a full set of everyday plates/bowls etc while I was here!

What is the price range??

WOW!! What delicious pottery!!!! I can't wait to have my own shopping adventures there! I love everything you got. Was this a MWR trip? Or did you go on your own? We will be moving to Graf in about two weeks - squeal!!!

Hi Jeannie! It was an MWR trip and totally worth it! I am definitely going to try to go again before we leave Germany!!! Where are you moving from?

I think the cupcake pans with the handles is my favorite. My mother in law collects Polish pottery and she would love to have the rolling pin and cradle, I'm sure. Beautiful pieces!

WOW! Those pieces are FANtastic! I like them all. The muffin pans and rolling pin with holder being my favorites.