Opening Day at Safeco Field was AMAZING!!! (And not just because of the baseball!) As I arrived to the Stadium, the very first thing I did was go straight to Section 185 for the Cupcakes I had heard so much about!

I was so excited to see the cupcakes at the counter that I didn’t even check out the other goodies they had for sale at the Double Play Desserts counter! The lady behind the counter said they were all out of the chocolate Oreo cupcakes, but they had plenty of the rest! 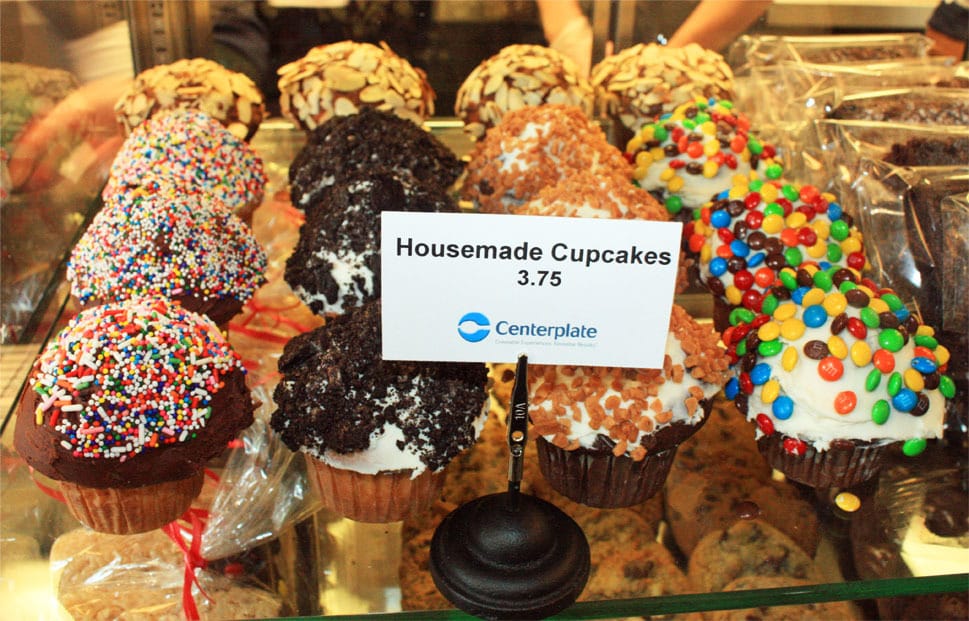 I let Emily pick which one we were going to try… the Oreo cupcake was the winner.  They handed us the cupcake in a little tray and I could feel the warmth of the cupcake immediately.  They served their cupcakes WARM!!! FRESH out of the oven and topped with frosting and Oreo goodness.  After getting over the shock of the warmth of the cupcakes, I realized how big they were.  For $3.75, these cupcakes were worth every penny just for their size!

So, we sat down at our seats and well… had to eat our garlic fries before we tasted the cupcake.  hehe 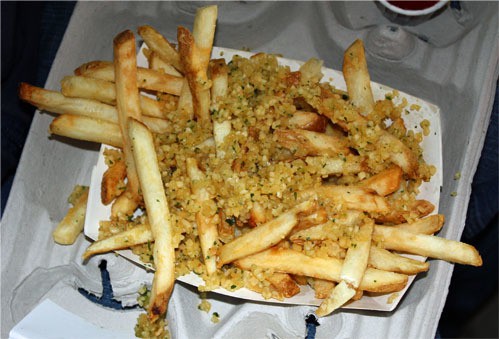 After those were devoured, we conquered the cupcake!  It was too big to just take a bite into, so I took the bottom of and tested the cake part first.  OH MY GOODNESS… it was moist and flavorful.  You could actually taste the vanilla flavor in it.  I was so pleasantly surprised by it’s yummy-factor!  Next, it was on to the top, where all the oreo goodness was.  And let me tell you… it was heaven!!! Just the perfect amount of sweet frosting topped with crushed Oreo.  YUMMMM-O!!!! 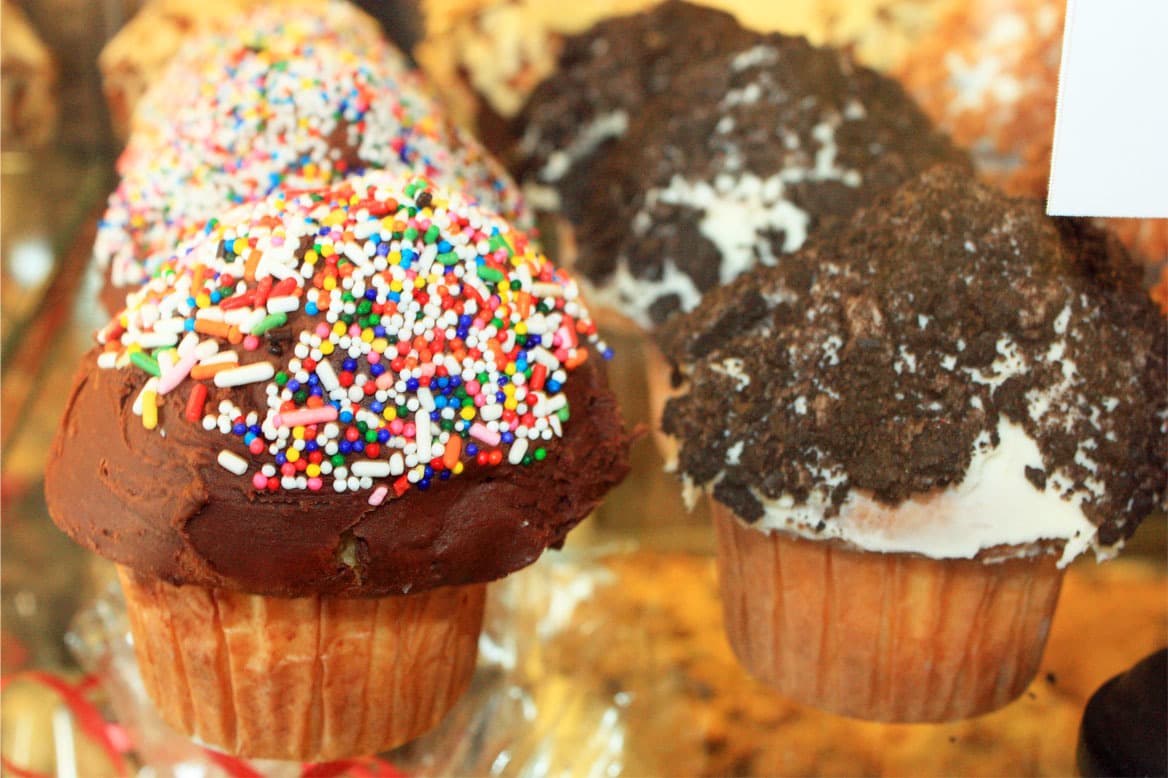 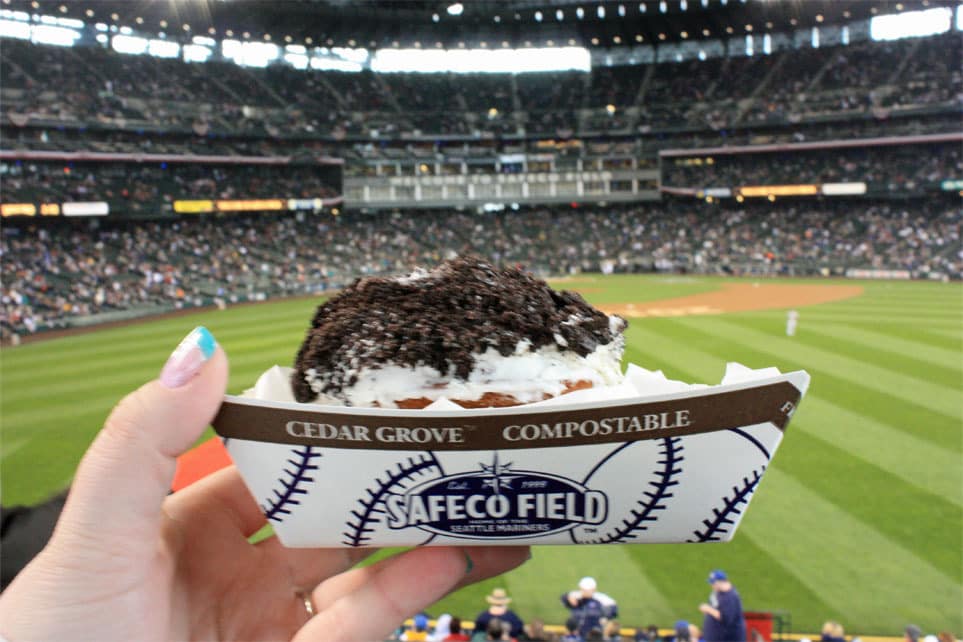 I will say though… that compared to the pictures of the cupcakes I saw that the Mariners put out before the season started to hype these little bad boys… these cupcakes weren’t quite as gourmet as I anticipated.   But… over all, these cupcakes are definitely worth the trek to Section 185 to try! 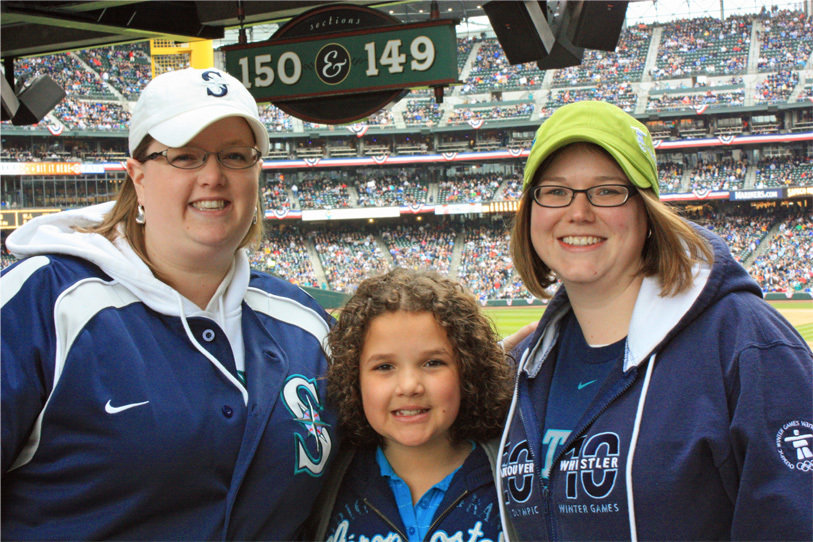 I was at the game last night and also went straight to Section 185! My cupcake wasn't served warm, but I got the chocolate one with M&M's, so maybe that's why. They're definitely not as gourmet as those photos led me to believe, but still pretty good. I'm eating the cupcake leftovers right now. :) I had pad Thai and garlic fries, and just couldn't stomach the cupcake last night, unfortunately.