Take your favorite cookie to the next level by transforming them in to decadent, delicious Snickerdoodle Macarons! 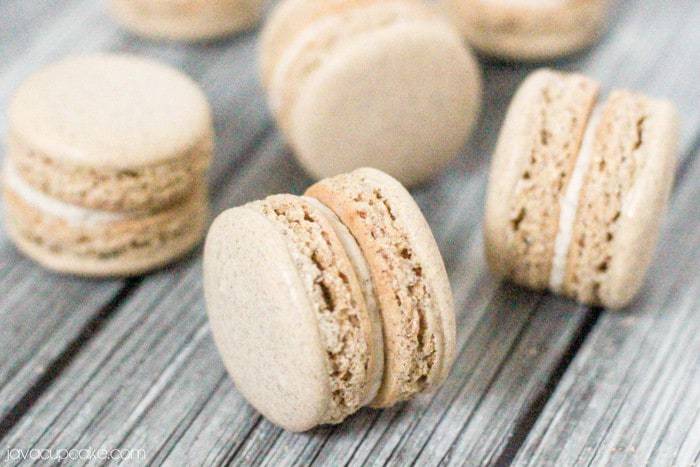 So, I’ve made macarons before but they’ve never been my favorite dessert to make.  They’re temperamental and if you don’t get the batter ‘just right’ the come out terrible.  However, when a friend is eating a gluten-free diet, loves macarons and is moving away you set aside your aversion for making them and get to baking! 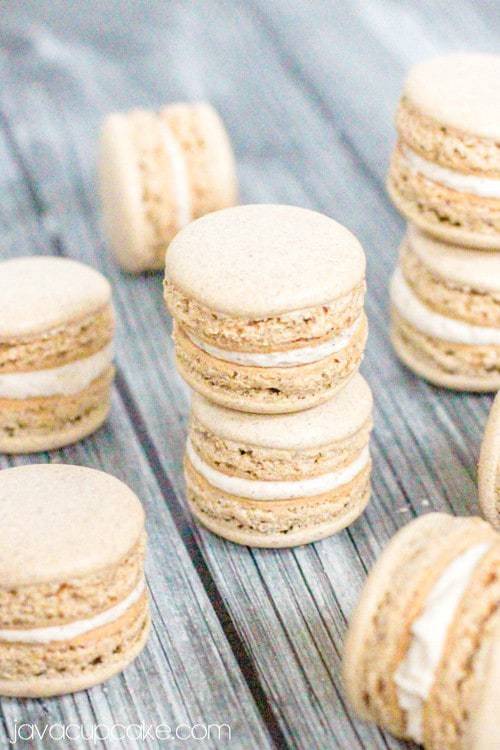 For these macarons, I started with a recipe from Diary of a Mad Hausfrau – my goto for unique macaron recipes.  I took her recipe for the shells and my recipe for buttercream and created these Snickerdoole Macarons! 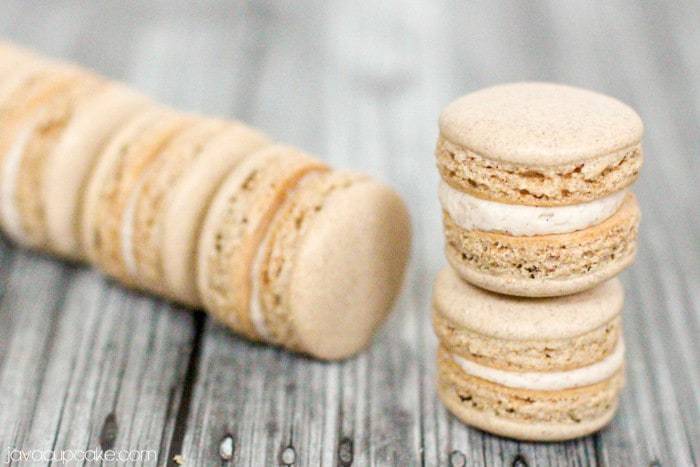 The cinnamon flavor in these macarons is super intense, but in a good way.  The shells are crisp and the filling is sweet.  Seriously, one of my most favorite macarons I’ve ever made! 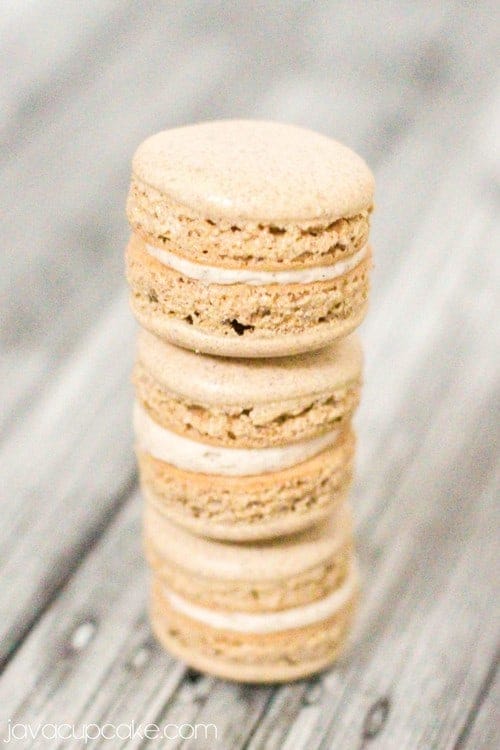 So, if you’re feeling adventurous, give these Snickerdoodle Macarons a try!  They’re easier than you may think to make so worth it in the end!

Thank you for this recipe! I’ve already used it a few times with a couple different variations of flavors. I’ve tried making macarons over 50 times and only succeeded many half of those. That is, until I found your recipe. No fail every time!

Thank you so much for this wonderful feedback Brook!! Next time you make them.... shoot me an email, I'd love to see! Happy Baking!

Your macarons look amazing; they have so much feet!!! I have been making macarons for a while now, and they've been turning out pretty well, but I'm going to try a few things differently that you're doing to see if they have better feet. I was also wondering how yours come off of the pan? I use parchment paper and let them cool completely before removing, but, unless they're a little brown on the bottom, they always stick.

Where is the filling recipe I can only seem to find the cookie direction??

Just made these! Delicious!!!

I just made these- tasted great I was concerned about the amount of cinnamon in the recipe, I only used 1/2 the amount but mine still were so much darker than those pictured in your recipe