You may  not believe it when I tell you this, but I’ve never made a traditional cheesecake before this one.  Maybe it’s because I’m not actually a fan of cheesecake… or cream cheese for that matter.  I know, I must be nuts! 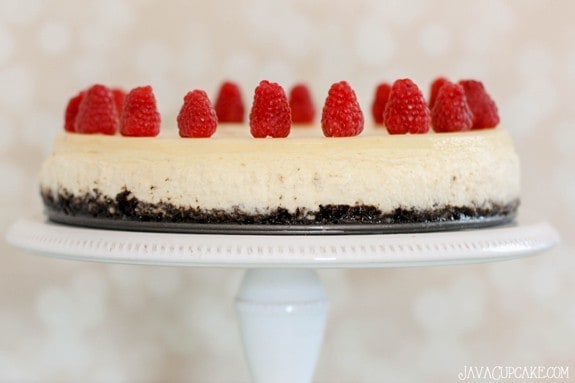 It really wasn’t until I went to Disneyland Paris and was served a mini cheesecake with my dinner that I started to think differently about cheesecake.  This cheesecake had a thick graham cracker crust, a sweet creamy center and was covered in a raspberry sauce that was insanely good.  All three together was amazing!

So, when I was invited to be a part of National Cheesecake Day with some of my food blogging friends I figured this would be the perfect opportunity to make my very first traditional cheesecake! A Very Berry Cheesecake! 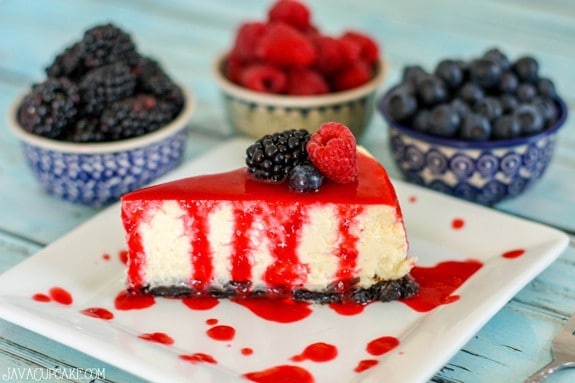 The filling of the cheesecake comes from a recipe I found on Simply Recipes.  I’m not even going to rewrite the recipe for you, I’m just going to let you head on over there and use their directions and tutorials.  It’s amazing.  Simply Recipes has provided a lot of pictures and very simple instructions.  I felt confident as a first time maker of cheesecake that I could “get it right” with this recipe! The only difference is that I used a 10in springform pan instead of the 8in or 9in their recipe calls for. 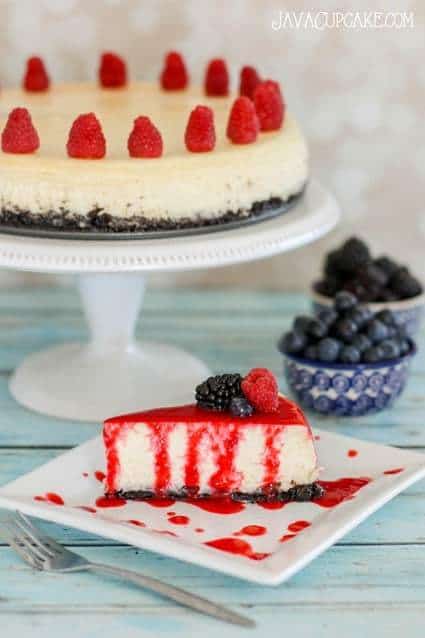 I really wanted each bite of cheesecake to have the flavor from the berry sauce, because to me that was the best part of the cheesecake… the contrast between the creamy smooth of the cheesecake and the tart and sweet of the fruit.  Add the crunch of the crust and WOAH… perfection.

I think that this cheesecake has made me a believer.  A cheesecake believer, that is!

If you’re a cheesecake lover, you’re going to want to check out all of these other amazing bloggers and their cheesecakes!  We’ve got bars, cakes, pops, and so much more!  I can’t wait to check them all out myself! 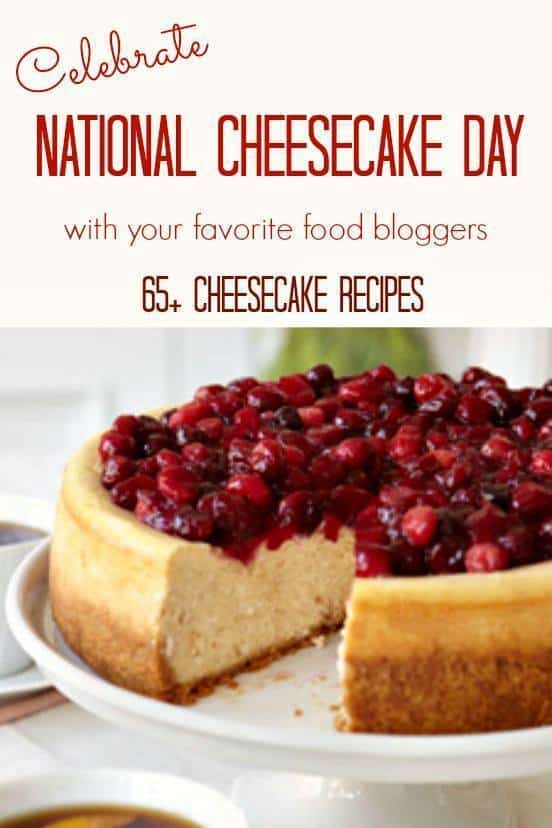 It this the cheesecake I had the last time we saw each other? The same one that disappeared the next day I had it in my fridge? It is so super good!

That berry sauce! Be still my sugar lovin heart! :) Such a crazy good cheesecake, and your first ever?! You are the bomb dot com! Pinned!

I know!! The berry sauce was TO DIE FOR! The cheesecake just wasn't the same without it!! Thanks for the cheesecake love, Jocelyn! :)

Such perfection for the first time! And great minds think alike! I added an Oreo crust to mine too, and it was AWESOME. :) Pinning this!

This is a beautiful cheesecake - I would never know it was your first time making one! Looks delicious!