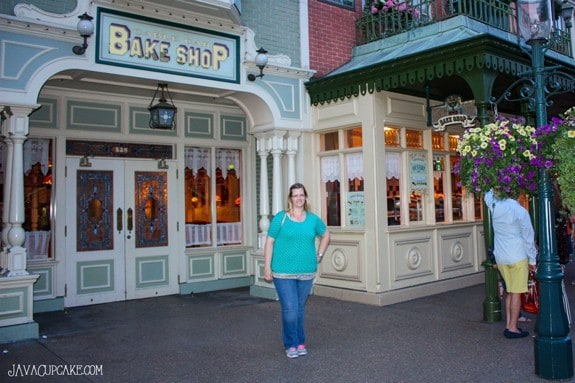 Things started out hopeful when I saw the outside of the Bake Shop.  It had a quaint store front with a big Bake Shop sign and I was excited to head inside!

But the excitement stopped there.

As I entered the Bake Shop I noticed immediately the lack of selection of confections they had to offer.  The shelves in the case were half empty and what they did have… well I’d seen those pastries, cakes and cookies in every other store in the park.  There was nothing special.  I was so underwhelmed, that I didn’t even take a picture.  The photo below is from DLPGuide.com and I included it just to give you an idea of what I saw… although when I was there, there was only half of what’s pictured to choose from. 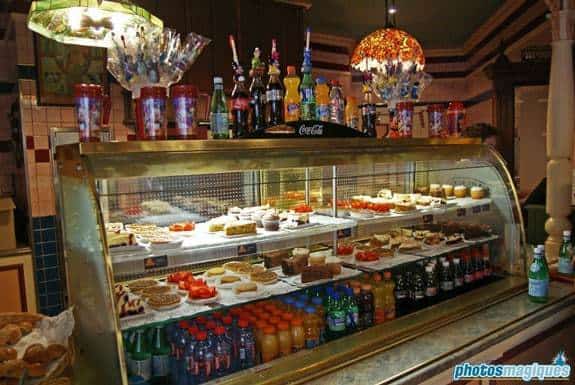 As I checked out what the Bake Shop had to offer, the cupcakes at the very end caught my eye.  I thought MAYBE there was some hope… they had CUPCAKES!  But, alas, they were frozen, processed, premade offsite cupcakes.  Gross.  They didn’t even look appealing.  I mean, they looked so bad that I didn’t even buy one. 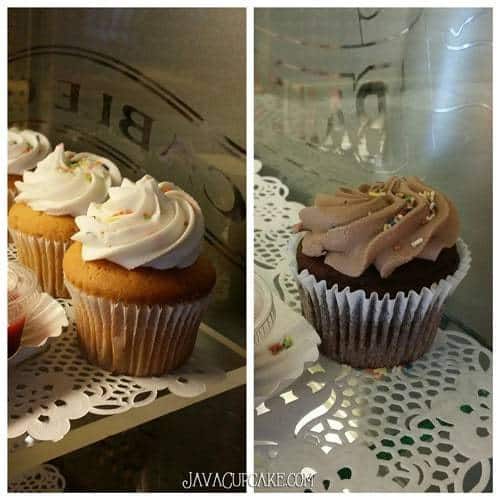 I mean really… I get that I was in Europe and cupcakes aren’t a big here.  But COME ON!  They even had the glow of just coming out of the freezer still.  There’s no way I’d eat them.

I left the Cable Car Bake Shop so disappointed.  Like, seriously disappointed.  I was so looking forward to eating some delicious baked yummies at Disneyland Paris too.  *sigh* 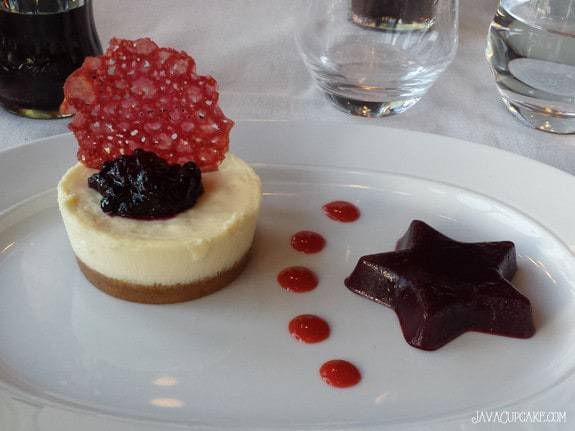 I’m not a huge fan of cheesecake, but I thought I’d give it a try and OH MY… it was probably one of the best cheesecakes I’d ever had!  Thick graham cracker crust, creamy cheesecake and a raspberry sauce that was TO DIE FOR!  This dessert actually became the inspiration for a cheesecake I made that I’ll be posting for National Cheesecake Day later this week!

Dave ordered the creme brulee and although I only had one bite of it… it was so deliciously good! 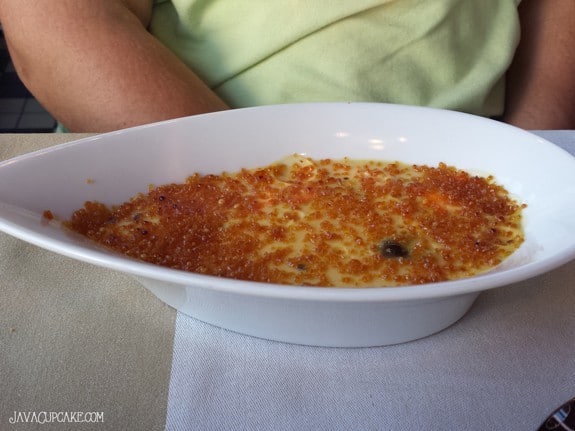 So… if you’re headed to Disneyland Paris I’d suggest skipping the Bake Shop and ordering dessert at The Steakhouse!

Make sure to checkout the last two reviews I did of the bakeries in London, England!  And next week, I’ll be sharing about the goodies I found in Trouville, France!

I’m giving away a little swag I picked up along my travels to one lucky reader! One person will win The Hummingbird Bakery Cookbook and a Lola’s Cupcakery coffee mug! Simply fill out the form below! You must be 18+ to enter and have USA or Europe mailing address. Each week, with each new review, you’ll have a chance to enter again to win! So keep coming back!

Just reading your post and felt the same! We went three months ago and it was really dissapointing with the food and specially with desserts. Plus, my kids are alergic to eggs and no food for them or information about what the food contained. In a couple of years we´ll go to Disney World ;)

Bea... A lot of people I've talked to said that Disney World and Disneyland are SO MUCH DIFFERENT and better than DLParis in terms of food. So... I'm looking forward to checking them out when we move back to the USA!

I haven't had a chance to go to Disneyworld since I was a child.

I'm glad you had at least one good dessert while you were there! ;)

I've been to Disneyland in California, haven't been to any of the bakeries there. I have only had ice cream at Disneyland.

I went to Disneyland Paris last year and I think I went to that bakery, It was lovely inside but i found that there wasn't much choice. I ended up getting a meal deal in the end x