Skip to Content
898 shares
Snickerdoodles are a classic cookie that everyone enjoys during the holiday season… these Holi-Doodles have put on their red & green and are ready to party! 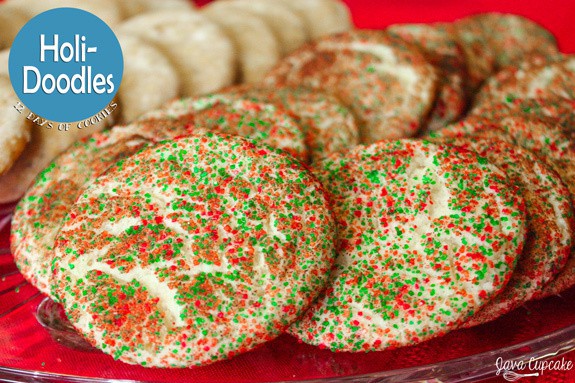 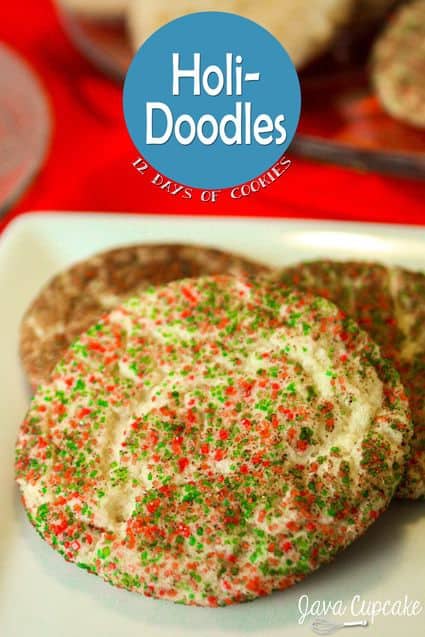 These cookies are sure to please the snickerdoodle lover in your life!  When baked, they puff up really high then flatten out when as they cool.  These Holi-Doodles are firm on the edges, soft in the middle and full of great cinnamon flavor! I was reading up on the history of the Snickerdoodle and it seems as though many people believe it has a German origin.  Which, doesn’t surprise me… having lived in Germany now for almost 3 years I’ve come to realize that the Germans know how to make a good dessert.  Whether a cookie, pastry, or cake… everything I’ve ever tried in Germany has been delicious. Bake Me More traced back the history of the Snickerdoodle to 1889 where they found a recipe in print.  Since then there have been many variations, but one thing remains the same… the cookie is always rolled in cinnamon and sugar! So if you plan to make this traditional cookie this holiday season, try this fun variation and transform your snickerdoodles into Holi-Doodles! Enjoy 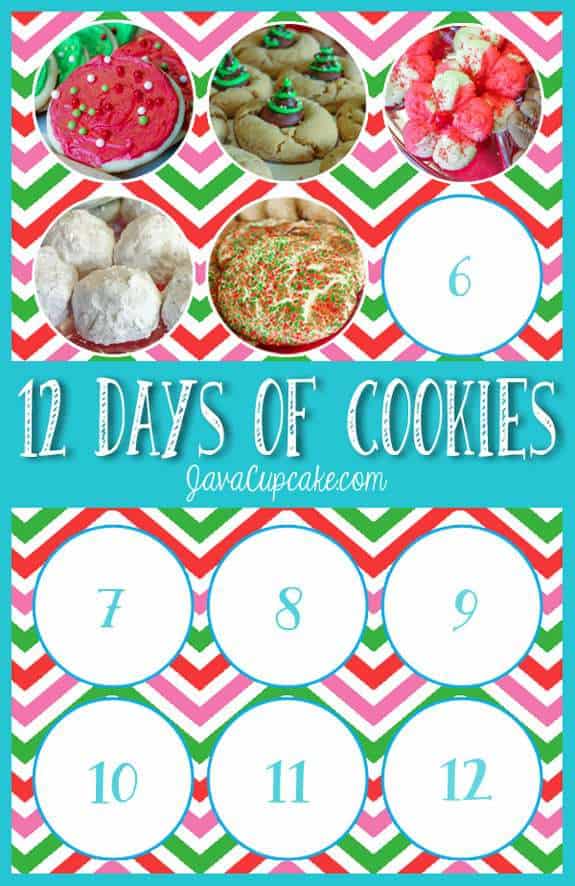 Made these today and they are soo good! Thank you for the recipe! Merry Christmas!

Oo! These look great! Can't wait to try them! Such a cute idea with the cookies, too - great job!

I know right!! I love taking a traditional cookie and making it extra special for the holidays!

Love the Russian Tea Cakes..whipped these up in no time