You may have been following along with my posts on Facebook last week when I took a mini vacation with my family to Berlin! We spent 6 days at my friend Dawns apartment which just happened to be right above her cupcake shop, Cupcake Berlin!  I haven’t done a review in a while, so I’m super excited to be able to put together this review of Cupcake Berlin in Germany for you! 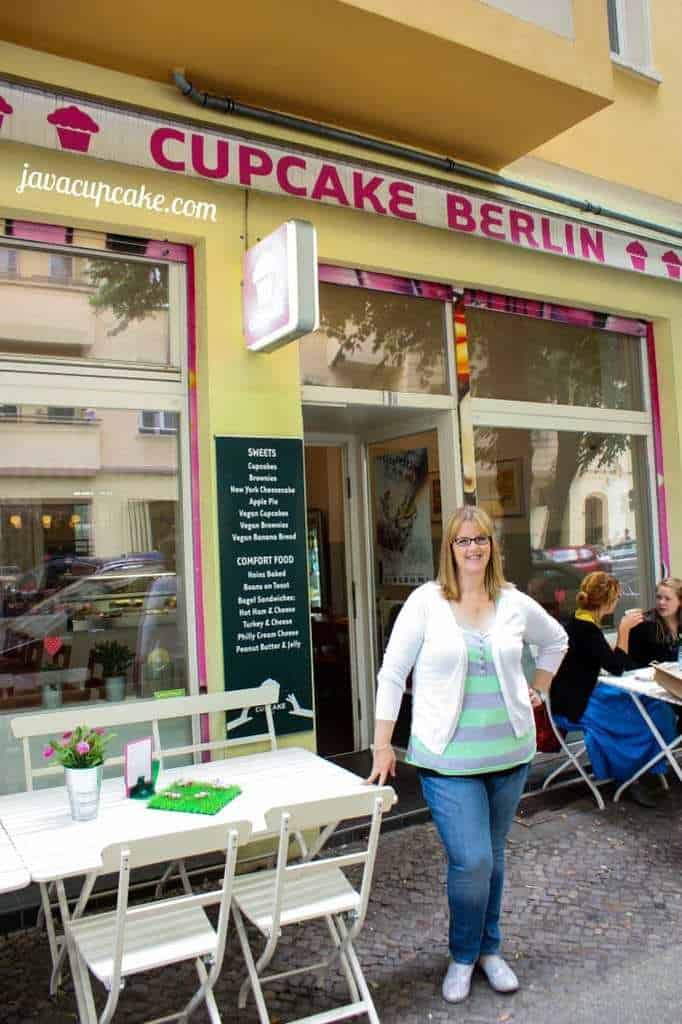 Before I even had a chance to visit the inside of her shop… Dawn left me a super sweet 5 pack of her cupcakes! She brought me chocolate peanut butter (YES – peanut butter),  Oreo, Butterscotch Espresso, Vanilla Cream Cheese and Raspberry Vanilla! YUM!

My first reaction… I couldn’t believe HOW BIG these cupcakes were!  Compared to every other cupcake shop I’d been to in Europe, these were giants! Compared to the cupcake shops in the USA, there were right on par!  The beautiful mounds of frosting on top of each cupcake was in perfect proportion to the size of the cake too!  That means each bite of cupcake will get a both frosting and cake.  Yes! 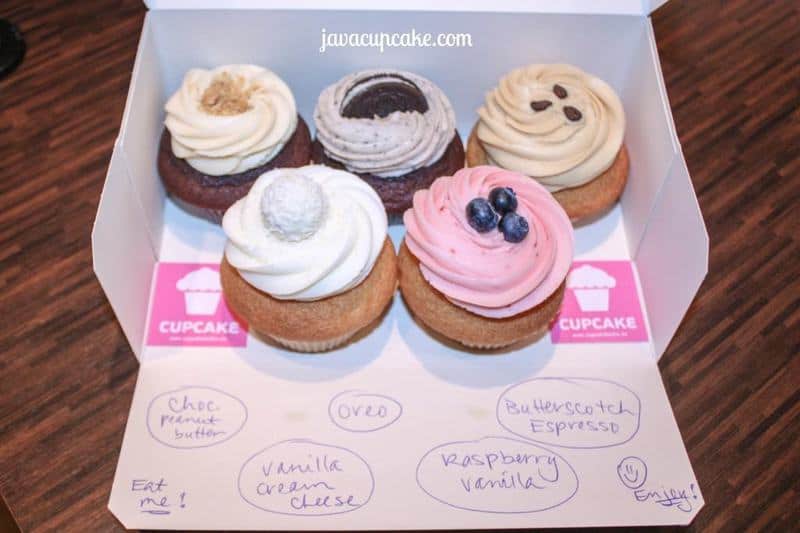 The other thing I noticed right off were the toppings on the cupcakes.  No crazy fondant toppers or super fancy embellishments… just simple food toppers that coordinated perfectly with each flavor of cupcake.  Peanuts, an Oreo, espresso beans, berries and coconut candy topped each cupcake.  Personally, this is my favorite way to top a cupcake.  I like to be able to eat the embellishments on my cupcakes… not pick them off and leave them on my plate. 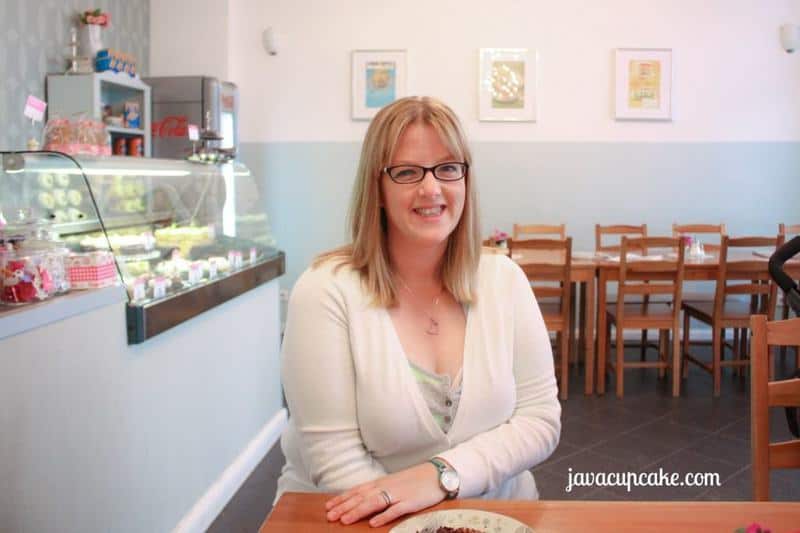 When the time came to visit Cupcake Berlin, I was pleasantly surprised to find such a cute little shop… both inside and out!  Outside the shop were tables and chairs so that you could enjoy your cupcakes and coffee under the shade of the trees.  Inside were two long tables that could accommodate birthday parties or just a large group of friends enjoying a cupcake treat! While we were there the first time, the shop was booming with people…. a party of at least 10 friends plus every table outside was taken with people eating cupcakes! This was a nice change from most of the other shops I’d been to in Europe.  Cupcake Berlin was a destination.  It was a place to hang out and relax… not just a place for cupcakes.  This vibe, however, seemed to match the entire vibe of Berlin. Every cafe, restaurant and coffee shop all had tables and chairs outside so that people could relax and enjoy life! 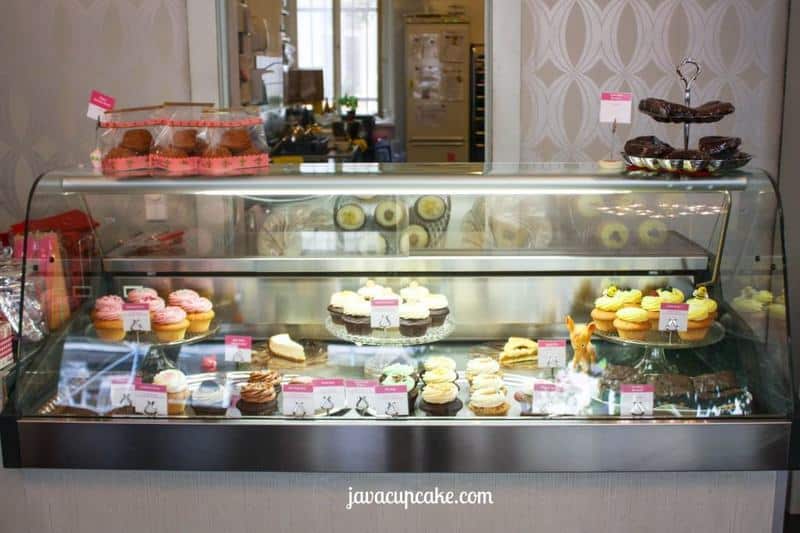 The display case was full of not only cupcakes… but apple pie, brownies and cheesecake! There were at least 10 different flavors of cupcakes being served that day and I seriously wanted to try a bite of each one! But… I settled on chocolate and my daughter had Oreo.  Both cupcakes were moist and full of chocolaty flavor and the frostings were smooth, creamy and so yum! 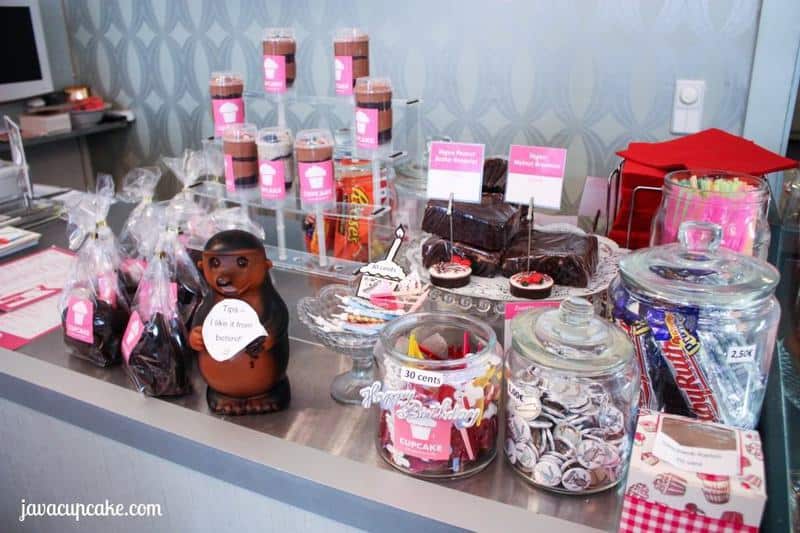 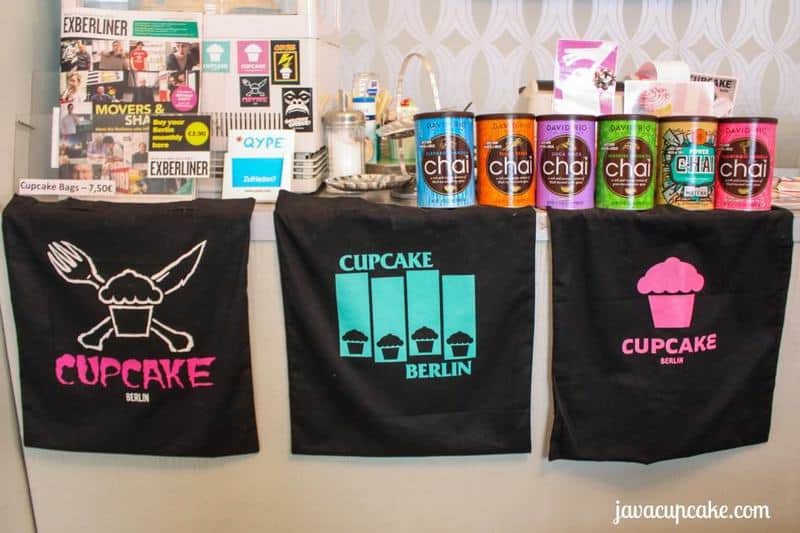 You could also get push-cakes, American candy and all kinds of other goodies to take home with you.  Cupcake picks, buttons, candles, cupcake boxes, stickers, t-shirts and bags were just some of the Cupcake Berlin swag they had to offer.

Here’s what Cupcake Berlin had in their case: 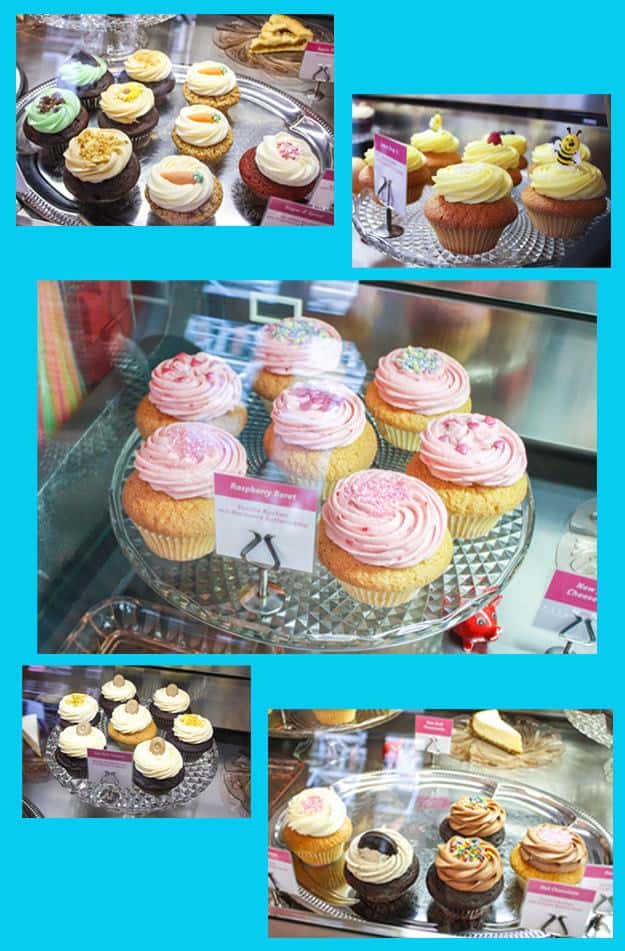 I am in love with Cupcake Berlin.  It is my new favorite cupcake shop in Europe!  And not just because Dawn was such a great hostess (that did help!) but because the cupcakes here are so similar to American style cupcakes!  Their size, flavor and texture are on par with what is sold in the typical American bakery! This was so refreshing!  Cupcake Berlin is the first cupcake shop I’ve been to in Europe that’s been able to accomplish this!

You must know though, that Dawn is originally from Florida, USA.  So, she brought many of these recipes with her from the USA.  BUT, with that said… it’s no small feat to recreate American style cupcakes using German ingredients!  Everything is different in Germany from the flour, sugar and flavoring to the butter and cream!  Nothing is the same! So kudos to Dawn for doing such an amazing job with these cupcakes!

On a side note… I’m teaching a cupcake class in Frankfurt this July that will tackle this very subject.  I’ll be making an American cupcakes using German ingredients and teaching the students the step-by step process to make them perfectly fluffy and delicious! It’s going to be a lot of fun! Space is limited, so if you’re interested in the class… click HERE for all the details!

Now, that’s not to say that I hate every other cupcake I’ve had in Europe, because I don’t!  I love my friends at Das Cupcake in Frankfurt and Wir Machen Cupcakes in Munich! But because these cupcakes are just like the ones I make and the ones from home… they’re my favorite!

Each cupcake I tasted was moist and flavorful.  They had a big crumb, but were still dense… which I like! The frosting was sweet, but not overpowering and the toppers perfectly matched each flavor of cupcake.  My favorite was the chocolate peanut butter, but I think I’m biased because that’s my favorite flavor of anything!!  My daughter loved the Oreo and my hubby’s favorite was the Butterscotch Espresso.

So, if you’re looking for an American style cupcake shop while you’re in Berlin, definitely hit up Cupcake Berlin!  You will NOT be disappointed!! Make sure to say hi to Dawn and tell her I sent you!! 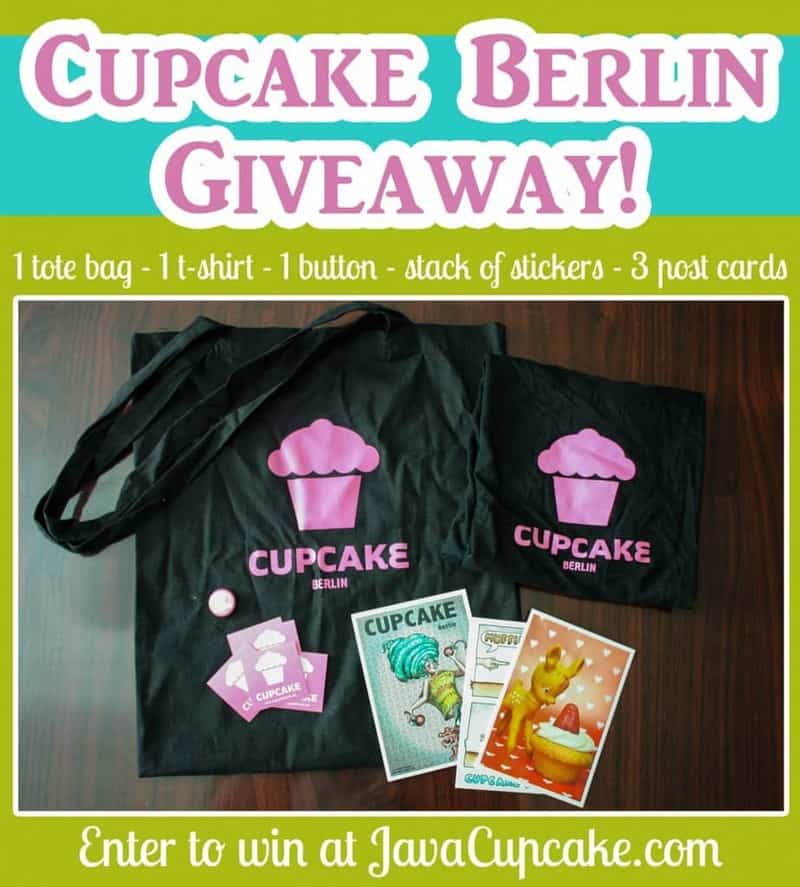 Oh… guess what?  I have a little Cupcake Berlin swag giveaway for you too!

One lucky person will win all this stuff from Cupcake Berlin:

All you have to do is fill out the entry form below and have a mailing address in the USA or Europe!  (Sorry Canadian fans… I can’t ship easily to you from my military address here in Germany.)

Contest ends Tuesday, June 25 at 8am GMT+1 (local time to me!) and one winner will be chosen, notified and announced within 48 hours. Good luck!

I would try the carrot cake. Everyone does it differently.

Wow! All the cupcakes look amazing!

I would eat the Salted Caramel with chocolate- that sounds like heaven in a cupcake :)! They look absolutely beautiful, the perfect pretty treat! What a perfect indulgence :)