Today is National Vanilla Cupcake Day!!! What better way to celebrate than with a cupcake packed full of vanilla flavor!

This cupcake is made with milk steeped with Tahitian vanilla beans, homemade vanilla extract and lots of sugar!  It’s super moist and so full of flavor!  The cupcake shrunk up a little bit during cooling, so I might cook them a bit longer next time or add a bit more flour to add stability in the batter.  Still taste good though!

And the frosting, well I tried a new recipe inspired by an article that Jessie Oleson (aka CakeSpy) posted on her Facebook page.  I’m not sure if I like the flavor of this frosting as much as my traditional buttercream, but the texture is so silky smooth.  I think I’ll be tweaking this recipes and trying new way to get less butter flavor and more sweetness.  It definitely has a very strong vanilla taste though!! Just my preference is to have a less buttery taste.

You could use any vanilla beans for this recipe.  I happen to have Tahitian beans left over from my homemade vanilla extract.  The beans keep nicely in the jars I made the extract in so they were moist and full of flavor and vanilla beans still.

Tahitian Vanilla Frosting
Adapted from “Baked: New Frontiers in Baking” (Stewart, Tabori and Chang, 2008), by Matt Lewis and Renato Poliafito, founders of the Baked shops in Brooklyn and Charleston, S.C. 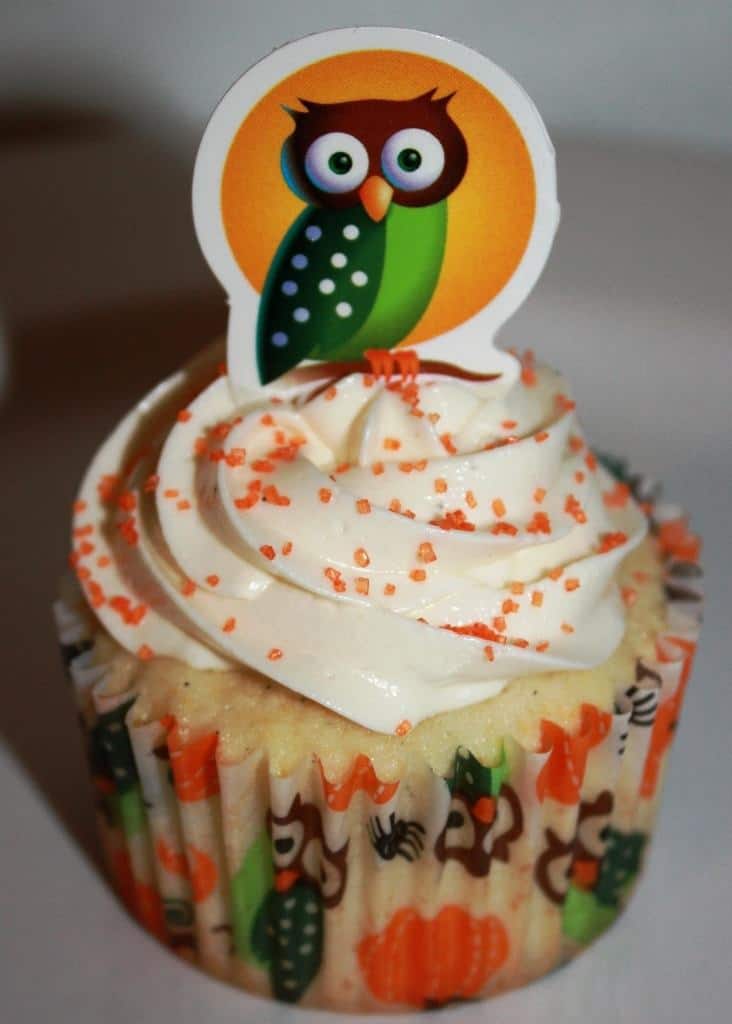 Do you add the flour in step 1 of the frosting with the milk and cream?

Yes! Thanks for catching my omission. I have updated the recipe!

I think you've left out the addition of the flour in the frosting. I've made this type of frosting before and it's really good. I may have to try adding the Tahitian vanilla extract to it next time.

When do you add the granulated sugar?

Step 3. Cream the butter and sugar together. :)