Indulge Cupcakes in Sumner, WA isn’t just a cupcake bakery, it’s a destination. A quaint house turned bakery, Indulge is a hot spot in a growing town located in the valley below Mt. Rainier. 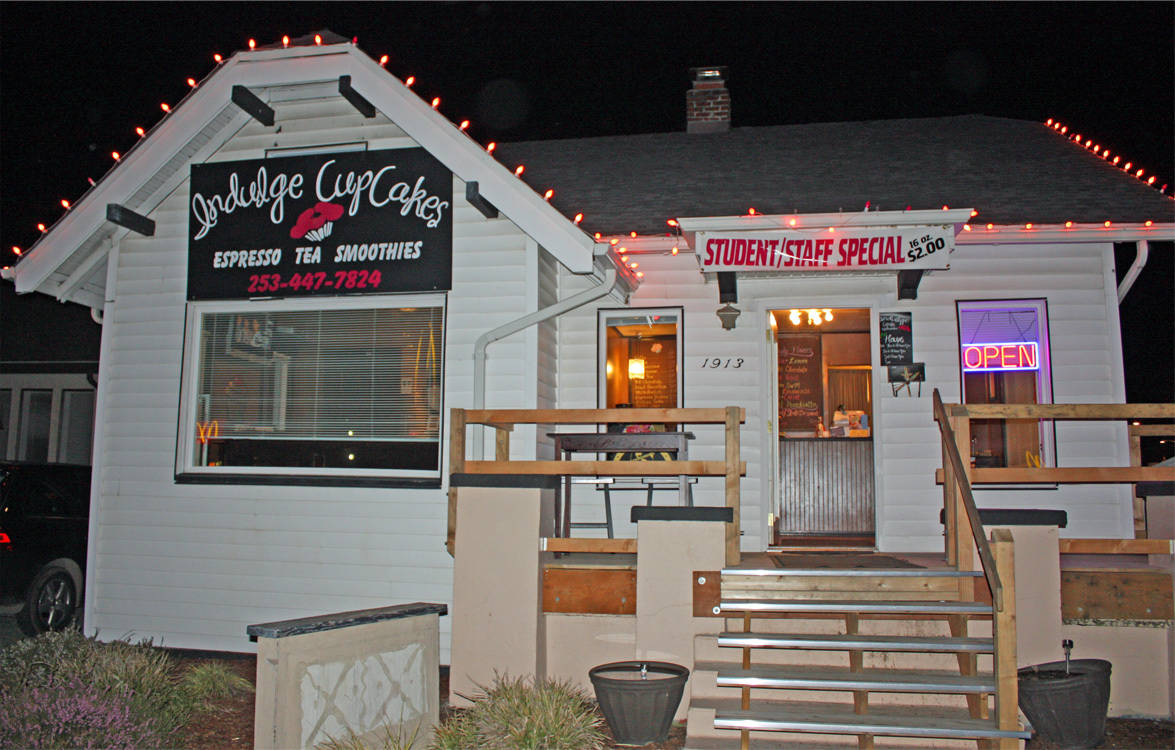 Inside, the bar stools invite you to sit down as you decide what you’d like.  Cupcakes and coffee are their specialties. 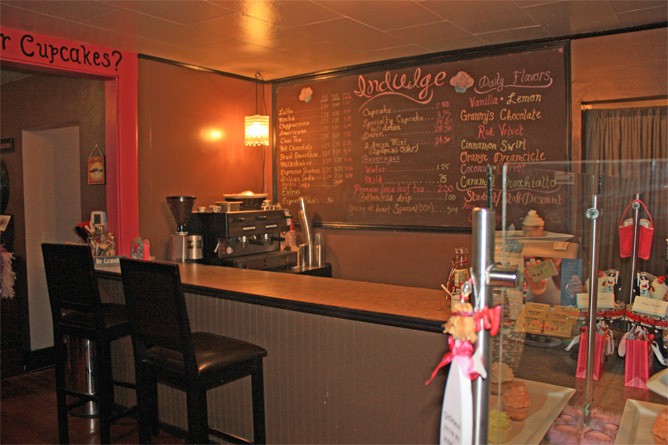 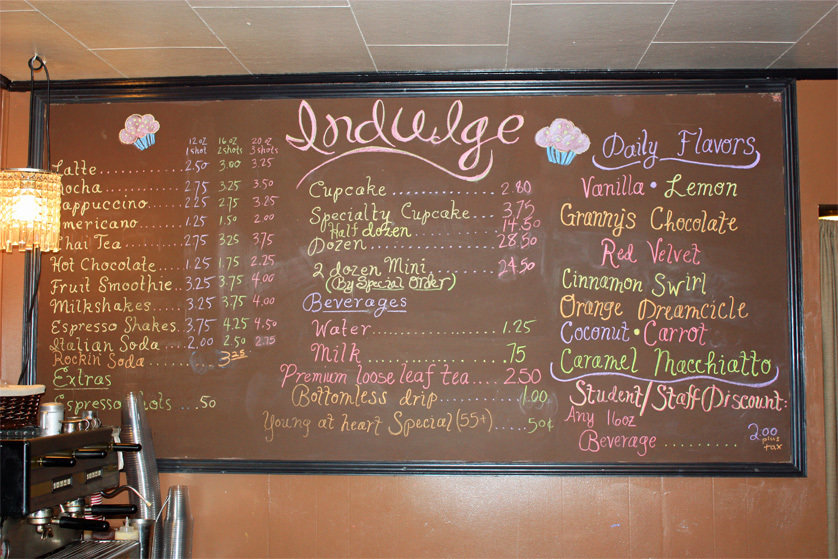 Since it was the end of the night, their cupcake stands were a little sparse, but they still had a great selection. 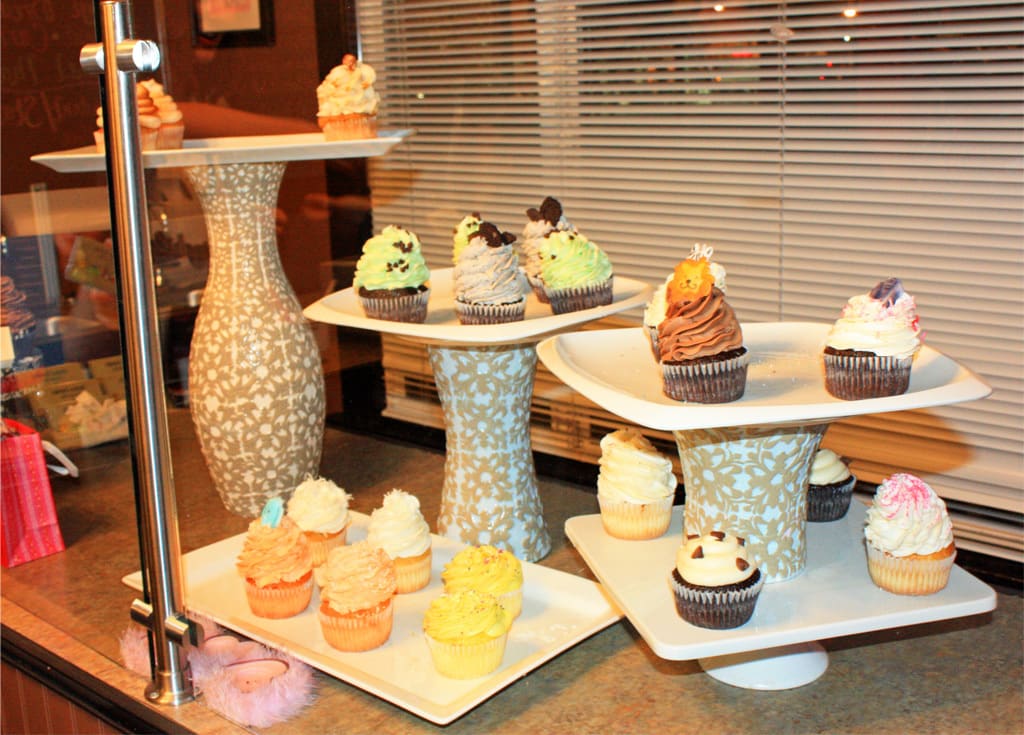 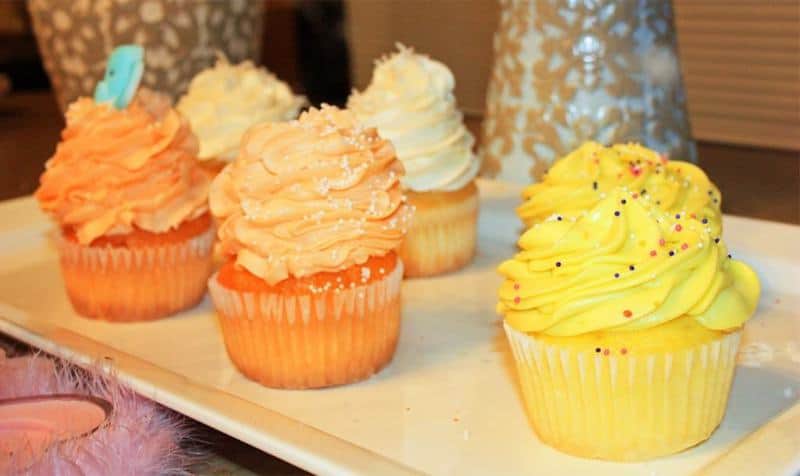 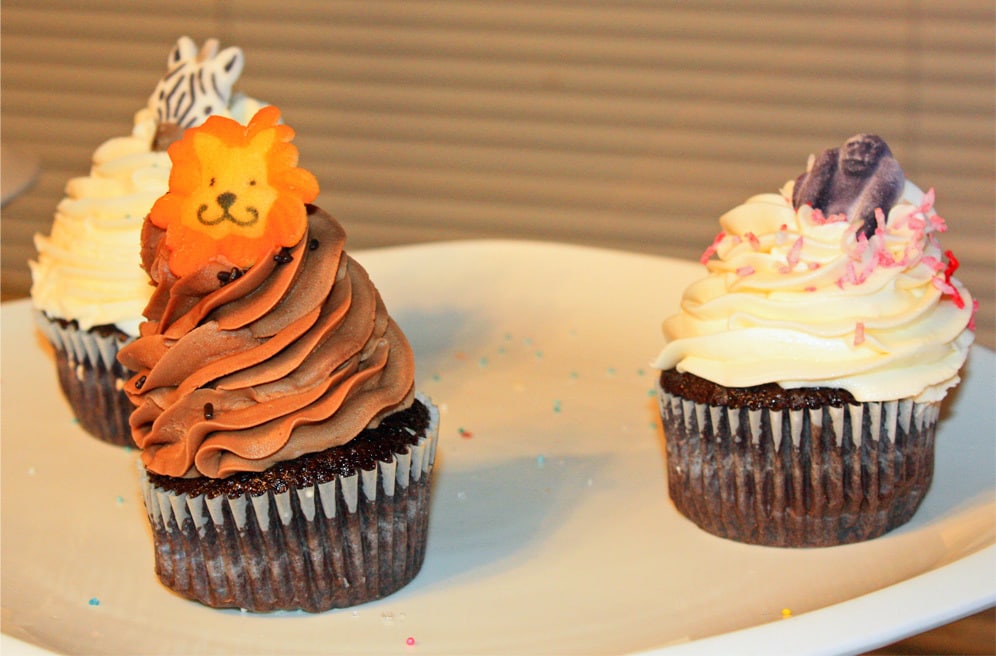 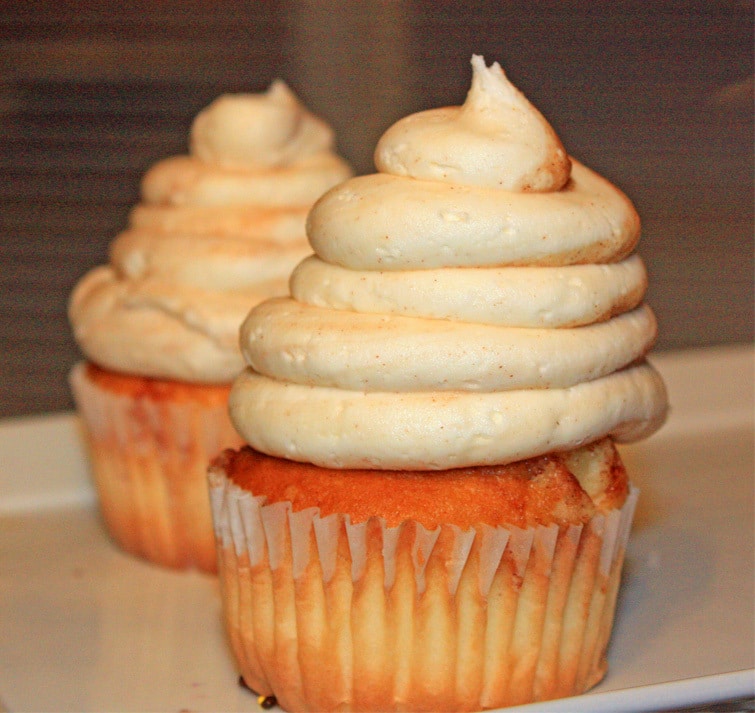 My favorite part of Indulge was the side room that was set up like a living room.  It was a big leather couch, coffee table, book shelves and a TV.  It was a cozy little room where you could sit, enjoy your cupcakes and hang out with your friends.  A perfect spot for local teens,  Moms with kids or a couple of girlfriends catching up.  If I lived closer, I could totally see myself visiting Indulge often! 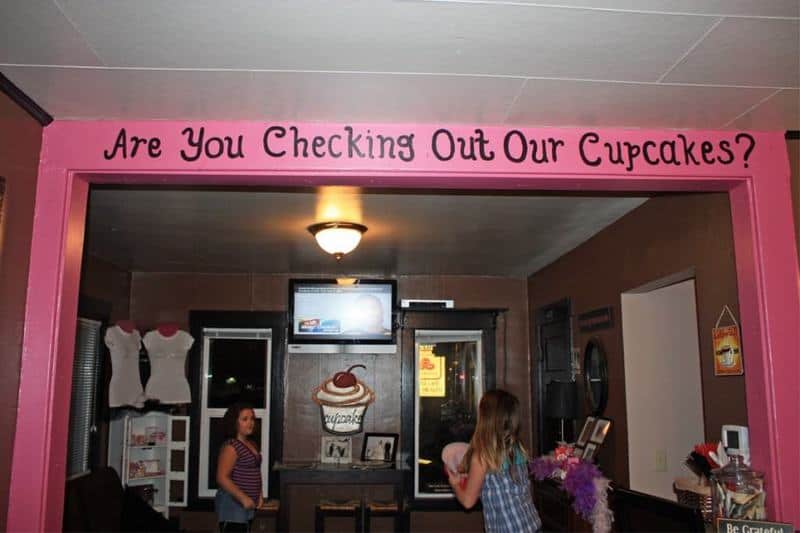 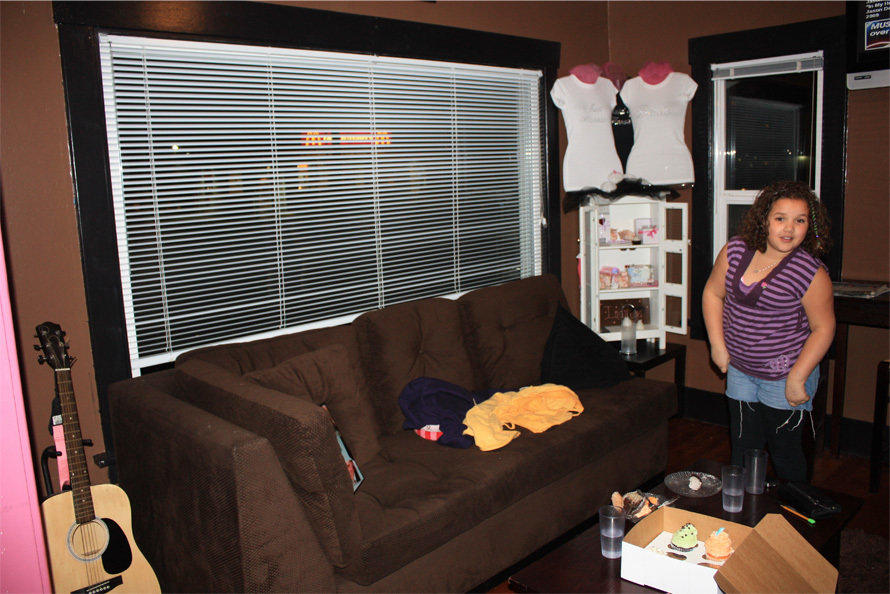 Now on to the good stuff!! The cupcakes!  I ordered a half dozen cupcakes to sample and share with my daughter Emily and my cousin Andrea (former Indulge employee). 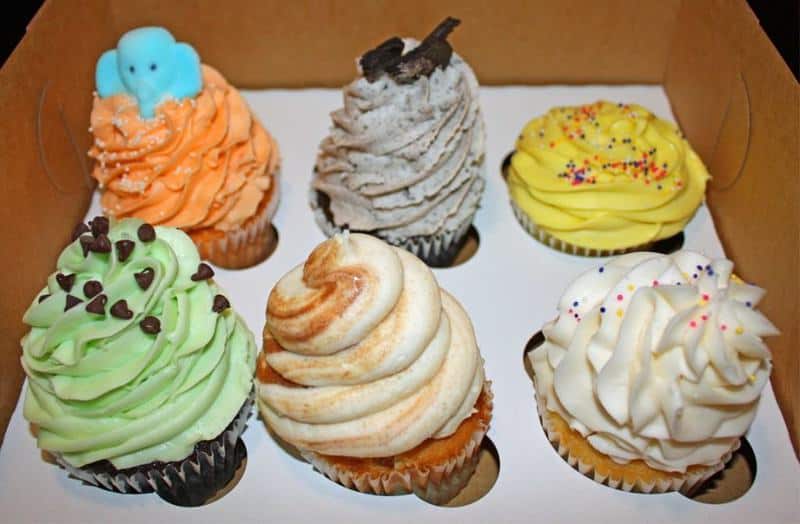 First, I need to comment on the actual size of the cupcakes.  They were HUGE and the frosting piled at least 3 inches high on each cupcake!! By far, these are some of the most generously sized cupcakes I’ve seen in a cupcake bakery in the area.

My personal favorite was the Cinnamon Swirl.  It was moist and crumbly at the same time and the frosting was TO. DIE. FOR.  And honestly, it was very similar in flavor to my favorite Cinnabon cupcake, the Cinnacake Classic.

The mint chocoalte cupcake was also just as heavenly! The chocolate cupcake was full of flavor and the mint icing was a perfect compliment.

My daughter tried the Oreo cupcake, her favorite!  And of course, it was also delicious.  The frosting is killer… made this cupcake a hit!

The vanilla cupcake was also a great classic.  Super flavor and a perfect cupcake.

The orange cupcake tasted just like a creamsicle popsicle.  But, it was a lot of orange.  Almost too much for me.  But, my cousin Andrea LOVES this one and said it’s her favorite.  I think this one is just about preference.

Finally, the lemon, my least favorite.  From the get go this cupcake was at a disadvantage, it’s frosting was 2 inches shorter than the rest… probably due to the cream cheese frosting.  I saved this one for the last and unfortunately, I can’t say I loved it.  I like lemon, but something about this cupcake just didn’t do it for me.  Probably the cream cheese frosting, which I’ve never been a fan of to begin with. 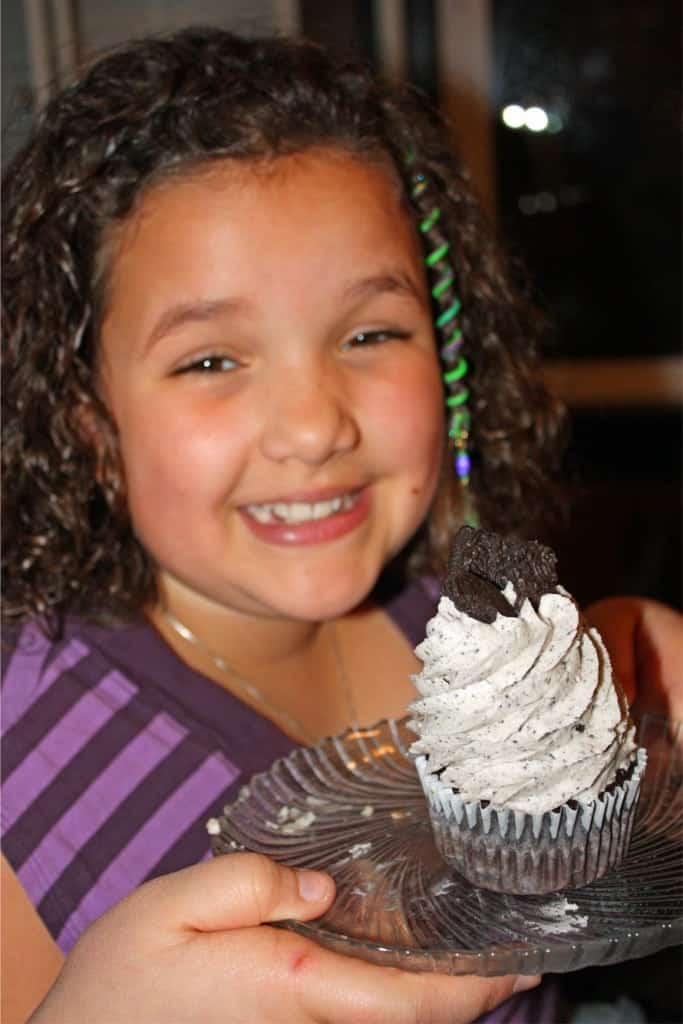 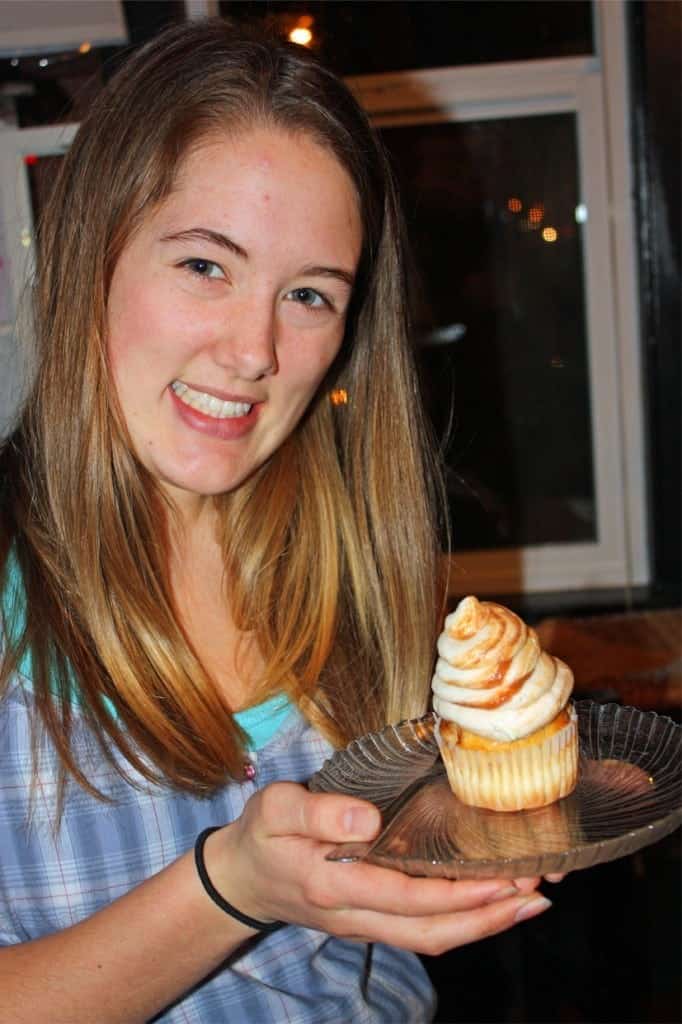 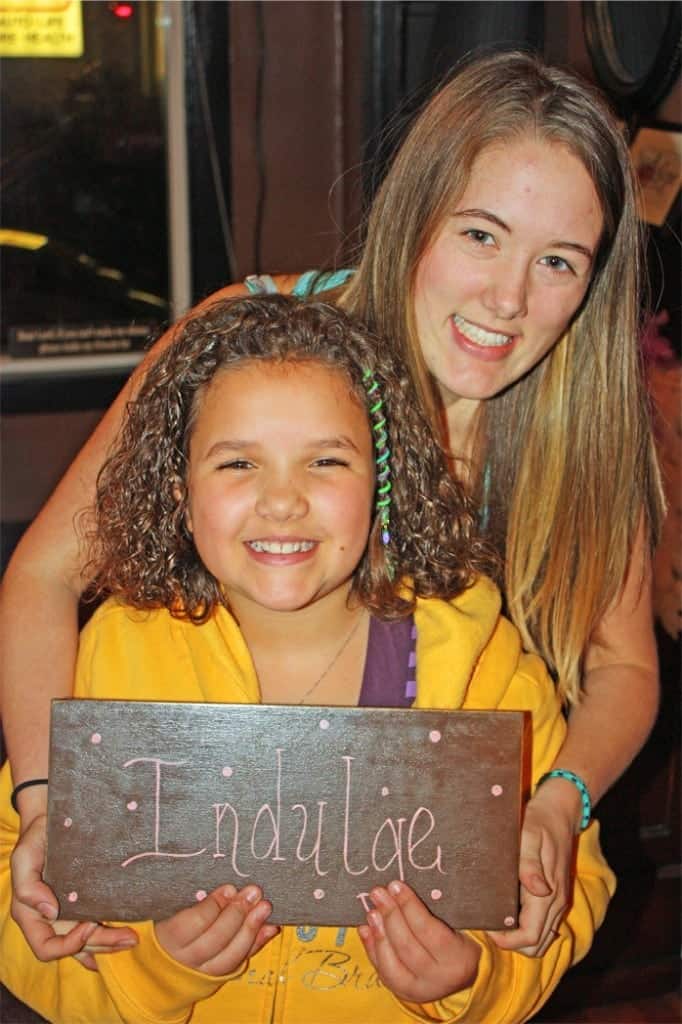 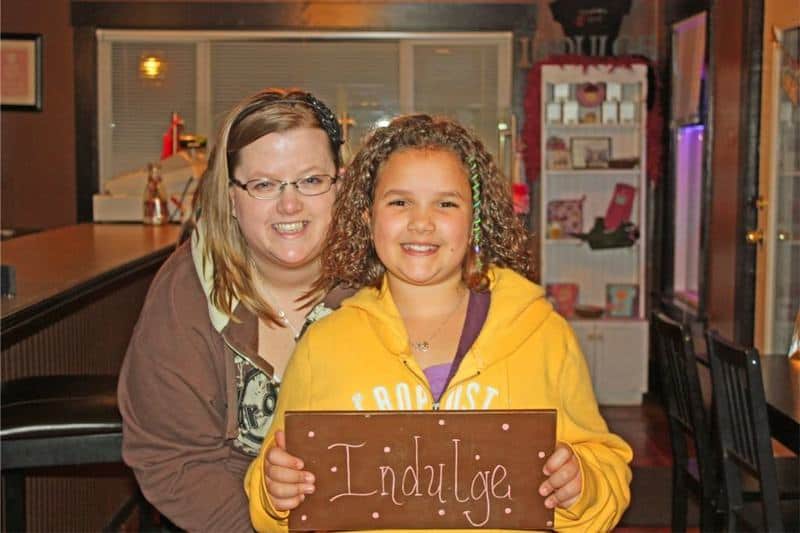 Overall, I was VERY impressed with Indulge Cupcakes.  They were moist and the buttercream was incredible!!! I highly recommend this cupcake shop to anyone in the area and only wish they’d expand and open one up in Tacoma!