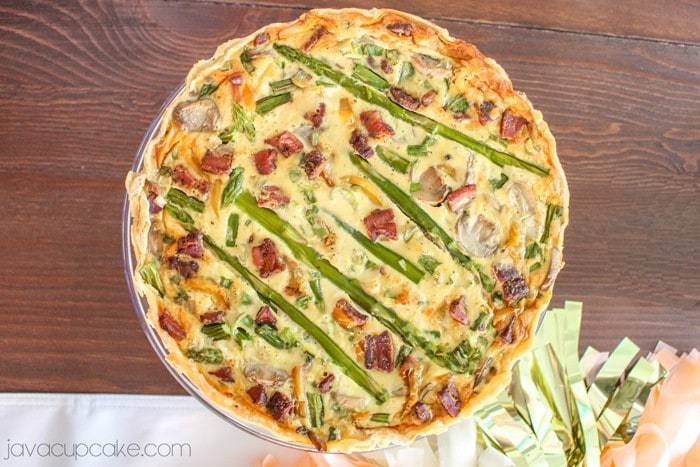 A few weeks ago, I hosted a “My Favorite Things” party where 12 of my closest friends and Army family came over for breakfast, mimosas and a little spoiling.  I knew I wanted to serve them something that I could make ahead of time since it was a morning party so I chose quiche!

I whipped up my Southwestern Fajita Quiche and tried out this recipe for Asparagus Bacon Quiche.   Both were made the day before the party and refrigerated over night.  I brought the quiche to room temperature before serving and they were perfect for this brunch! 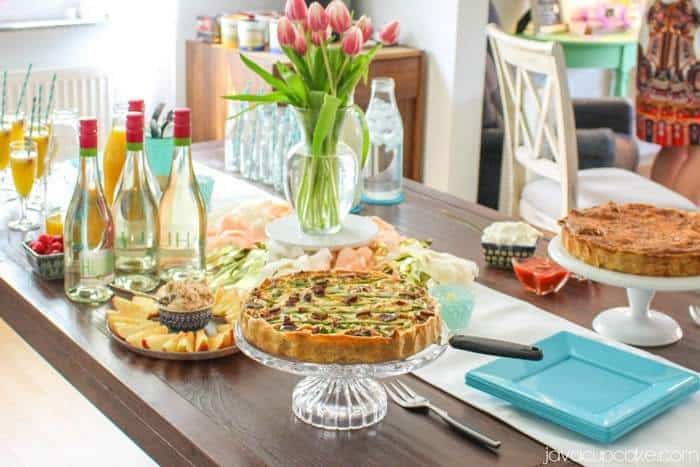 Unfortunately, since I was serving this quiche at a party, I didn’t have a chance to cut into it and show you the inside of the quiche.   Trust me when I say that it is out of this world amazing.  Full of whipped eggs, fresh asparagus, mushrooms, peppers, thick cut bacon and cheese… my Asparagus Bacon Quiche is a guaranteed winner!

Adapted from Lady Behind the Curtain. 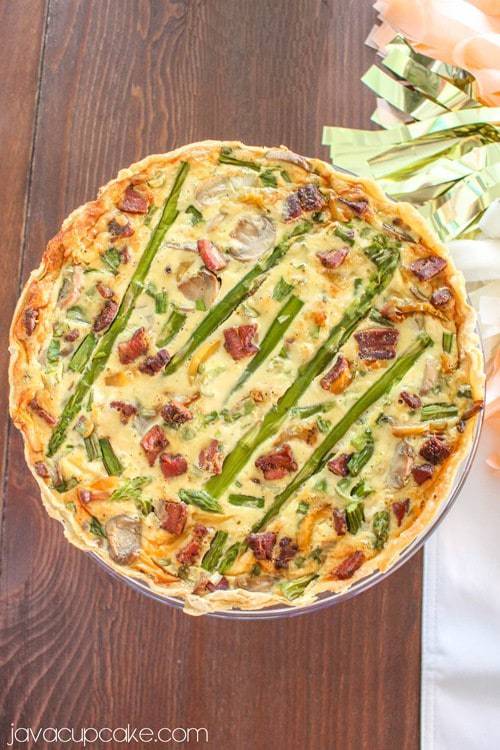 Amy @ A Healthy Life For Me

I love the party idea! What a great way to get the girls together and this quiche is gorgeous!!

Dear Betsy, what a beautiful quiche and setting! Love this..I wish I had a slice this morning. xo, Catherine

What a gorgeous spread! I love quiche but never think about making it! Pinning this to remember next time I want a yummy weekend breakfast or am hosting a brunch.