September 11, 2001 is a day that changed the face of America forever.  Today, on the 13th anniversary of the attack on America at the World Trade Center in New York City, let’s take a moment to remember those lives lost and to thank the First Responders who selflessly put themselves into harms way to save those they could.  Let’s not also forget the military men and women who, since 9/11, have put their countries safety first and have fought vigilantly to bring the terrorists who attached us to justice. 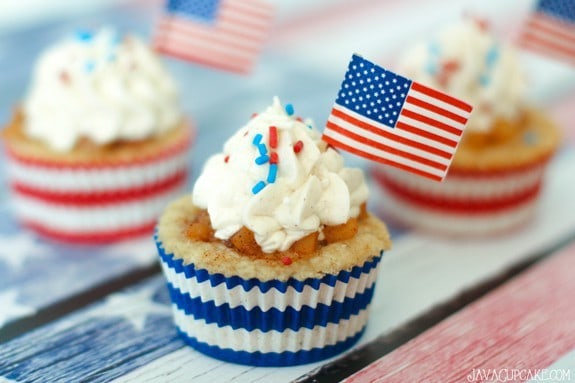 Because really… what’s greater in American than apple pie?

Let these Patriot Day Apple Pie Cupcakes serve as a beacon of light, love and joy on a solemn day and remind us of what is great in America.

My Patriot Day Apple Pie Cupcakes are a light cinnamon Cupcake filled with apple pie filling and topped with a light whipped cream.  Simple, easy and so delicious. 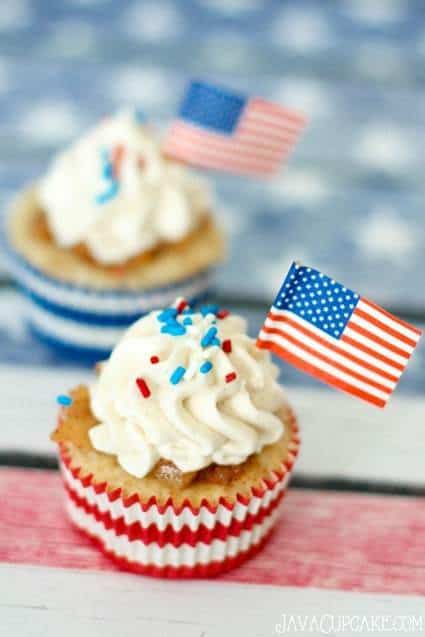 Thank you to all those First Responders on 9/11.  Thank you to the men and women in the military who fight to keep us free.  And to those who lost their lives…. You will NEVER be forgotten.

What a special cupcake. Love all the flavors!

Silly me didn't think of posting something special for today :-(. Love this cupcake though, very american.