Happy Halloween! With a few simple steps, you can create two different cakes decorated as a ghost or pumpkin for your next Halloween party! 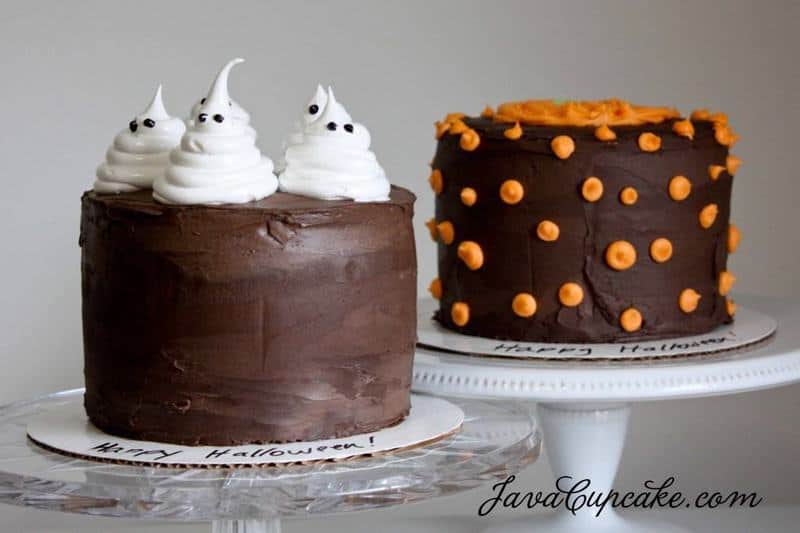 Today is the spookiest day of the year!!  Are you dressing up?  My 12 year old daughter is so indecisive… she has yet to pick out a costume or even attempt to put anything together.  I told her to wear her football jersey and be a football player – but of course she can’t find it in the jungle of a bedroom.  Ahhhh teenagers.  My almost 8 month old baby boy, however, he’s going as Link from The Legend of Zelda!  Last week before the snow came, we were able to take a few pictures of him in his costume.  This one is my favorite.  Isn’t he the cutest lil thing you ever did see? 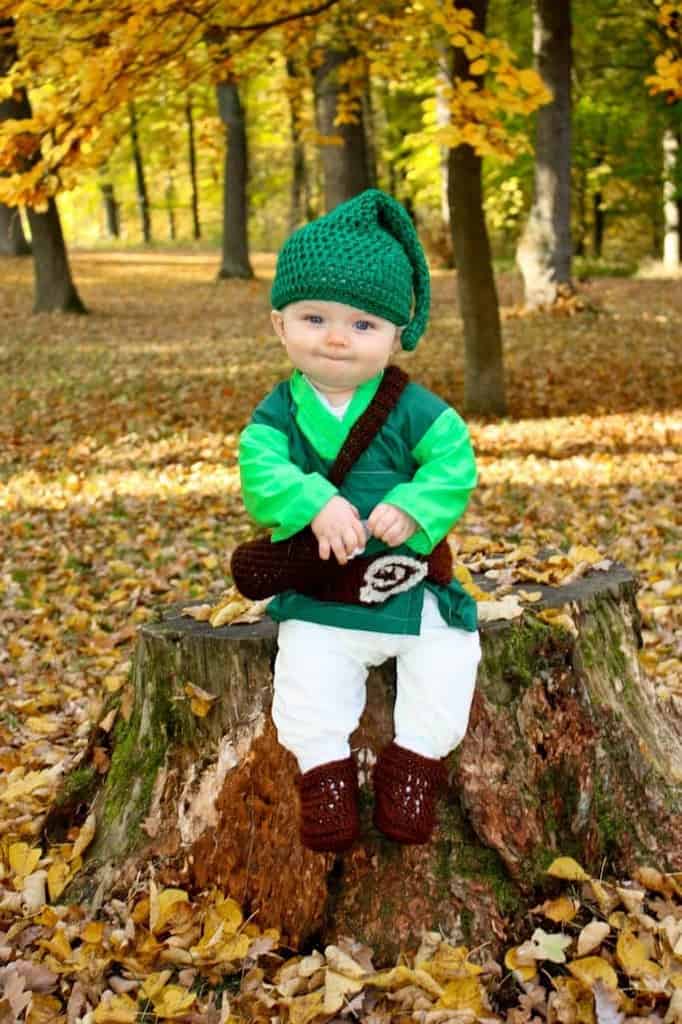 Middle School – it’s not the most fun place for a pre-teen or teenager to be.  So, as a Mom I try to make Emily the “cool girl” by baking awesome stuff and bringing it to school for holidays and special occasions.  This time, I made cakes for her Halloween Dance & Party.  During the party, they were to have a Cake walk and I wanted one of Emily’s friends to go home with the coolest Halloween cake ever!

I found the inspiration for this first cake from Lemon Sugar.  She made an 8in round chocolate cake topped with ghosts a few weeks ago and I fell in love.  I used the ghosts as inspiration for one of the cupcakes I taught during my Spooktacular Treats Workshop.  Since I didn’t need a huge cake, I used 6in cake pans and made smaller cakes for the cake walk.  I think it turned out pretty awesome.  I wish I could have sliced it open for you because on the inside there was white cake and orange buttercream in the the middle! 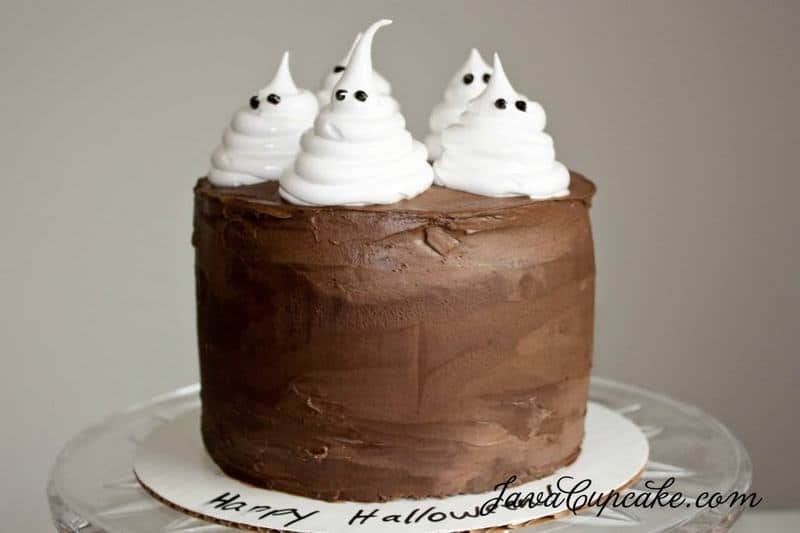 I used a basic vanilla cake recipe, filled the cupcake with colored vanilla buttercream and the outside is covered in dark chocolate buttercream.

The second cake is made with the same vanilla cake but this time the cake was tinted orange and I used a bright blue tinted buttercream for the filling.  The same dark chocolate buttercream is on the outside.  The orange pumpkin and dots are buttercream tinted orange.

To make the dots, I used a small round tip on my piping bag and just squeezed them onto the outside of the cake.  Using the same round tip, I drew the pumpkin onto the top.  The stem is made out of some extra meringue from the ghosts tinted green.  Pretty darn easy if you ask me… and such a great effect! 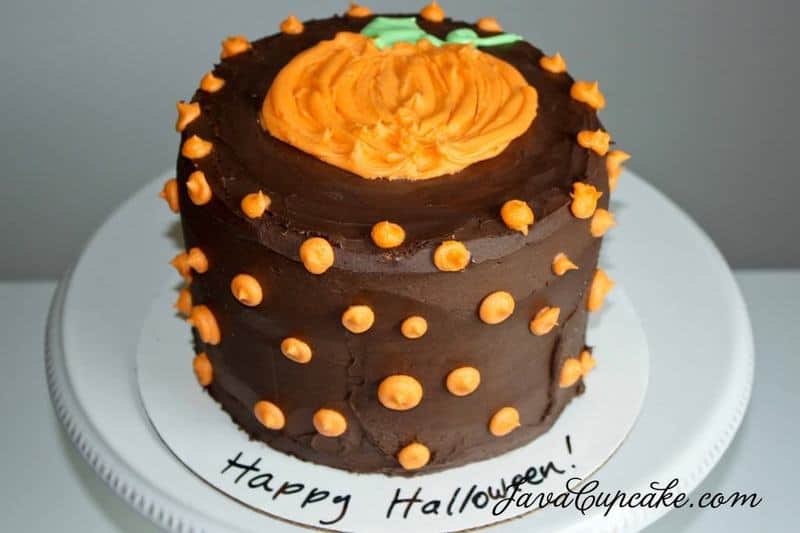 I found out later that the cakes didn’t get used during the cake walk… the teacher who put the event together said they were put aside and the adults who volunteered ate them as a “thank you” from the school for helping.  I was disappointed that none of the kids got to see it and Emily didn’t get to be the “cool girl” at the dance.  I wanted the kids fighting over it during the cake walk.  All that work wasted.  I hope the adults enjoyed the cakes.  Emily didn’t even get a chance to see them completed.  Oh well.

Hope everyone has an amazing Halloween!  Bake lots of goodies for your kids and remember to stay safe while Trick or Treating!

Hi! Would you mind letting me know where you found the Link costume or did you make it yourself? Thanks!

I had it made!! But, if you Google Link baby costume online you'll find the pattern!