We make homemade calzones with store bought pizza dough a lot.  So it’s not that often that I have an extra roll of dough just hanging out in my fridge.  Well, today… I did and the baking Gods said to me: “BETSY MAKE CINNAMON ROLLS”.

So I did. And they were delicious. The perfect food for a winter day. Now, if you’ll excuse me, I’m going to go have another one. 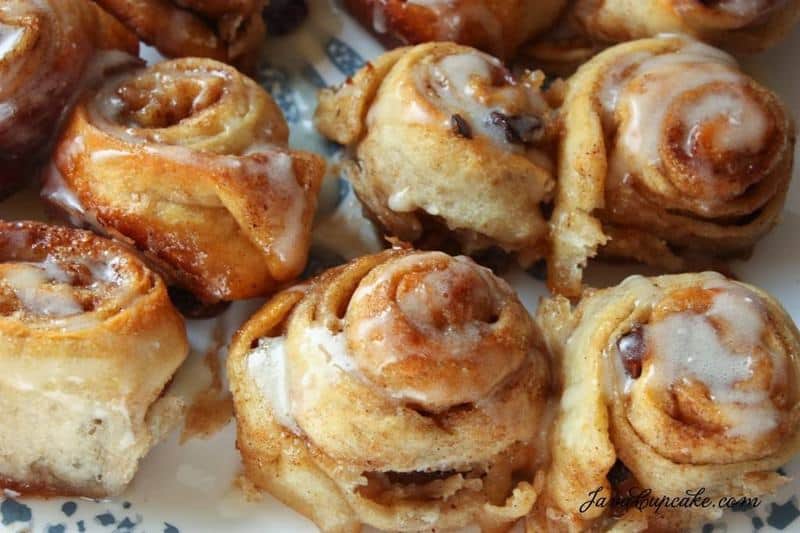 And so it was done.

Now… let me tell you that these aren’t your typical delicious, Pioneer Woman Heavenly goodness style cinnamon rolls.  They are super basic, just average in flavor… BUT, kid friendly.  (My daughter may or may not have eaten  half of them today).

I made these mini’s cause, well… cause I’m a dumbass and I rolled them the wrong way and well, they’re mini.

One more disclaimer… they taste like pizza.  Not like pepperoni and sauce…. but definitely pizza dough.  Duh, you’re saying… you made it with pizza dough.  Yah, I know… but somewhere deep, down inside I expected the dough to taste more…. doughy.

But whatever… they’re still worth it if you’ve got extra pizza dough!

What temperature did you bake these at?????

I bought premade pizza dough and baked it at the temperature the packaging told me to bake it at. :)

That photo makes them look to die for! :)