Skip to Content
257 shares
JavaCupcake Note:  This is a guest post in a series of blog posts titled “Let Momma Get Some Sleep!”  THANK YOU to everyone who has sent in blog posts for this series so I can focus on my new little cupcake and my family! 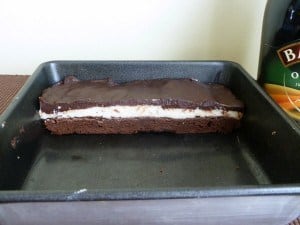 Hello! I am Becky from Baking and Cooking, A Tale of Two Loves. I am so excited to be a Guest Blogger for Betsy while she is on maternity leave. I want to thank Betsy for the the opportunity to be a guest Blogger on Java Cupcake. I met Betsy, when I joined #Love bloghop, a fun group. Betsy has amazing cupcake creations, as well as many other baked goods, and she was still baking at 9 mos. pregnant.

When I found out that I would be a guest blogger, I started to think of all the recipes, that I could make for St. Pat’s Day, that were baked goods. Now, there are lots of recipes that have mint flavoring or green food coloring, but immediately my mind went to something with Bailey’s Irish Cream, which isn’t green, but it’s sure Irish. With a last name of Higgins, the recipe couldn’t be anything less. Bailey’s Irish Cream is my favorite liqueur, especially with coffee. We even named our dog, Bailey, because she is the color of Irish cream, true story.

This recipe has a rich, fudgy brownie topped with a layer of Irish Cream Butter Cream and topped with a Chocolate Irish Cream Ganache. These brownies taste heavenly! You are going to think that you have a pot’ gold and will have the “Luck of the Irish, when you take your first bite. My husband doesn’t even know that I made these babies, or he would want to eat them all. I hid them in the freezer, Sshh, Dont’ tell him. 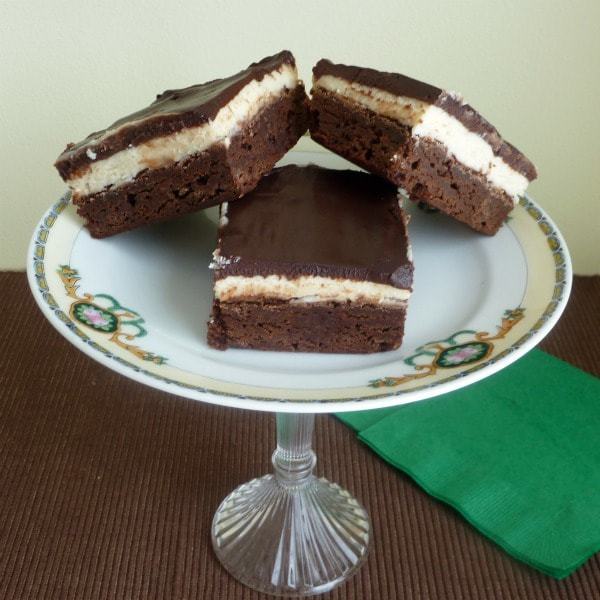 This recipe was inspired by Fannie May Mint Brownies and adapted from Better Homes and Gardens. 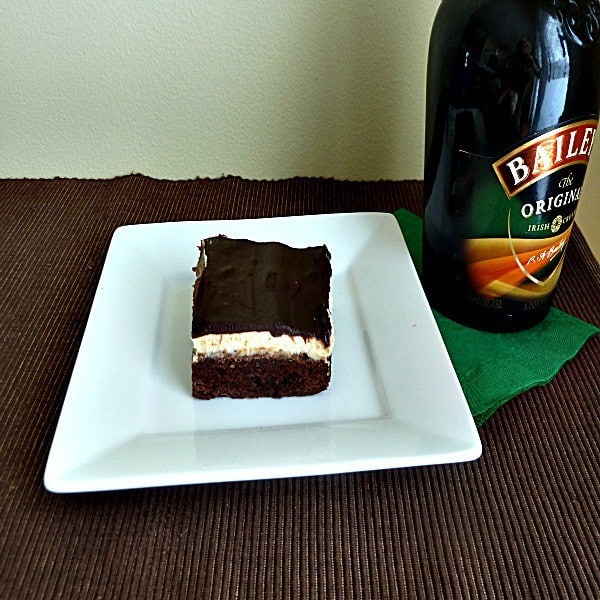 This was not a not a sponsored post and the opinions expressed here are mine.

Glad to pop in and see the this recipe-yum! Even though it is perfect for St Patricks, I am sure I can come up with some excuses to make this on other days. I mean why segregate something this good just for St Patrick's day? You did bring an awesome recipe with you Becky-great guest post!

Tina, You are right! You don't need just St. Patrick's Day to enjoy Bailey's or these brownies. Thank you for your sweet comments.

YUM i wish i had some adult activities to attend for St pattys day!

these brownies are perfect for adult activities.