Happy weekend, javacupcakers!  Today I am going to share with you the coconut cupcakes that I made for 2 of my favorite people at work.  They wanted coconut, so I made coconut. Here we go…

I found a few recipes online that had great reviews, including Ina Garten’s Coconut Cupcakes, I love me some Barefoot Contessa… but she used buttermilk instead of coconut milk, so I decided to go with a super, slightly adapted version of Simply Recipe’s, Coconut Cupcakes with Cream Cheese Frosting.  If you have a little bit  more time, Bon Appetit has an amazing version that calls for reduced coconut milk and vanilla bean.

Instead of doubling this recipe, I just made 2 batches separately.  I used large liners so I ended up with 15 from each batch, which was great since I was gifting a dozen, if 1 or 2 didn’t work out, it was going to be okay.  Ps. these liners. THE BEST.  They’re sturdy enough to bake standing on their own, no muffin pan needed, and since they’re so big I was able to fit a hefty ice cream scoop full of batter into each cup.  I already have a few more packages in my cart because I want to use them all the time! 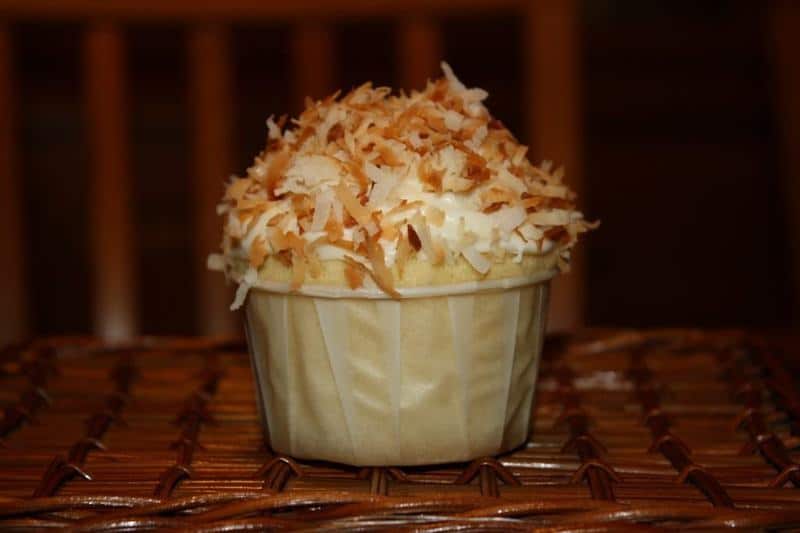 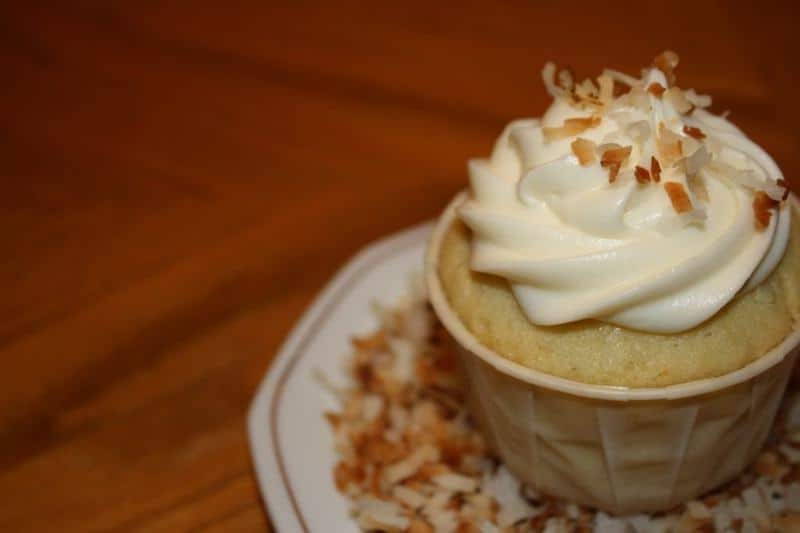 These cupcakes are super delish.  They’re dense, but in the best way possible.  The cupcake is heavy, but the texture is still super light and fluffy.  They’re not too sweet and the coconut flavor isn’t overpowering at all, instead it’s nice and subtle.  Please don’t skip out on the toasted coconut, in my opinion, that’s what really makes these special. The aroma of the coconut is really great from the toasted coconut and it’s just so pretty!

As always, if you have any questions, please let me know! Happy baking!

do you think i could subsitute the coconut milk for coconut extract? i live in a very small town, and we dont have coconut milk, but we do have extract.

Not only does the coconut milk add flavor to the cupcakes, but it also adds the required moisture. If you can't find the coconut milk in the Asian section of your grocery store... I'd suggest using sour cream or a full fat milk and adding a 1tsp coconut extract. The flavor won't be as strong, but it should work.

I've been looking for a coconut cupcake recipe to make for Easter and use the frosting to make bunnies on top -- this sounds delicious! One question: the frosting recipe calls for 1 cup or 1 stick of butter -- 1 stick of butter is a 1/2 cup. Can you clarify what the correct qty is? Thanks!! Excited to try the recipe and love your blog!

Hey, i was just thinking i discovered coconut oil at my local hannafords; who'da thunk it right. it is a solid kind of like shortening but if you take the metal top off and microwave the glass jar it becomes crystal clear. I used the oil in my fav vanilla cupcake recipe with all the substitutions you suggested and the flavor was so good. I also learned from a nutritionist friend of mine the fat in coconut is not bad fat the saturated fat is very good for you! Yay since im a coconut addict. thanks for the recipes my cupcake soulmate

that's awesome!! what a great find! thanks so much for sharing that great tip with us!

I love coconut... these sound so good.. love the liners.. can't wait to try some of those too :)

Thanks, Michelle :) The liners are definitely my new fav... I want to use them for everything... Hope you're having a great week!