Cupcake Camp Seattle was amazing, fabulous, delicious and phenomenal!  We seriously had the best. time. ever. Everything was super tasty, everyone was super sweet and the weather was great, you can’t really ask for more in Washington ;)  Major kudos to Carrie of Bella Cupcake Couture for organizing such an awesome event and raising money for such a good cause.

We took tons of pictures and actually ended up buying another punch card, because we wanted to make sure that we were able to get a little sampling everything!  We decided to go the mini cupcake route and we got a box that they were selling at the front door ($2) so that we could take stuff home with us.  That was definitely a good call.  Please excuse the picture overload that is about to happen! ;) 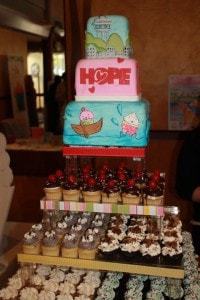 tell me this isn’t the cutest cake ever!? Inspired by CakeSpy @ the New York Cupcakes Table 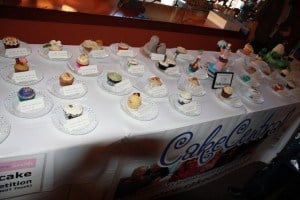 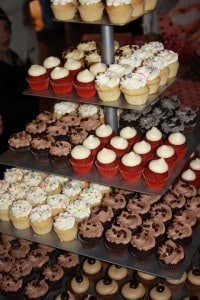 Wink Cupcakes display…yummm! This was the little brother’s favorite! 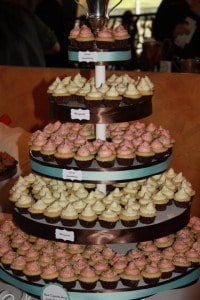 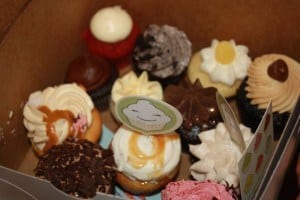 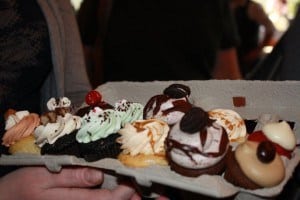 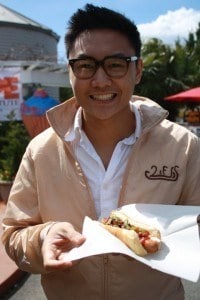 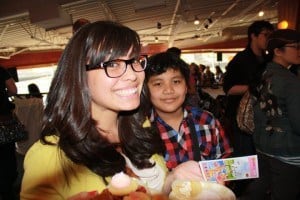 me & the little brother

I know I said this already, but we really did have an amazing time.  I’m already looking forward to next year and hopefully participating in the event with cupcakes!  New York Cupcakes was super busy the whole time that we were there, but I *had* to snag a PB&Chocolate mini from them, because Betsy always has such great things to say and it’s her absolute favorite!  I’m happy to report that it was out. of. this. world.  Seriously, the PB frosting was super creamy and there was a cute little PB candy surprise in the middle that was yummy!  We also had their banana split and, well, I think I’m going to have to make those this week, because I’m pretty much obsessed. 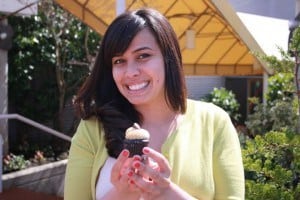 Franco aka little brother really enjoyed Wink’s cupcakes and finished out 2 of our punch cards at their booth, so we have 2 free cupcake cards from them, that said expect to see a post from our trip up there soon!  He realllllly liked their red velvet and oreo chocolate cupcakes.

I hope you enjoyed all the pictures and if you were there, all of the cupcakes and fun stuff!  I’ll be at the Grand Opening of Burning Cupcakes (4312 6th Ave. Tacoma) on May 7th, let me know if you’re planning on going as well! We’ll make it a Javacupcake party!

I have never heard of Cupcake Camp before a few days ago! I love how Cake Central is there as well :) I live in Kirkland, so I will definitely be there next year!