Earlier this week I went down to Olympia, WA on a quest to find cupcakes. Olympia failed me. I did not find one single Cupcake in Olympia. Tired several different bakies… all of which were either closed, shut down or just didn’t sell cupcakes.

One bakery however did sell Snickerdoodle cookies… giant ones.  So, I caved in and bought one.  Now, I haven’t had a Snickerdoodle in a while but with one bite I was reminded of how delicious these simple cookies are.

I’m bringing dinner to my dad today and what better for dessert than homemade Snickerdoodles!  Seriously… you should run to your kitchen and make these.  Giant ones.  They’re so worth it! 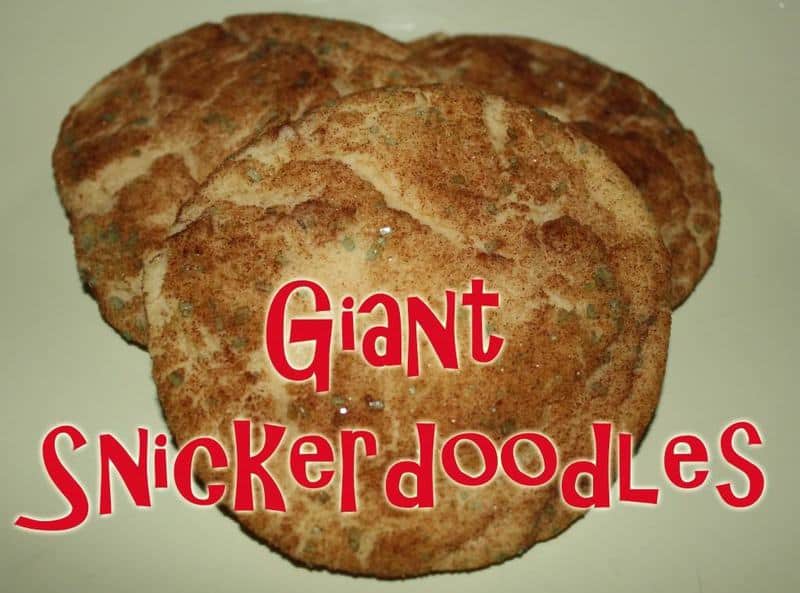 I have not had these in forever.. sounds like a wonderful plan.. I always forget how much I love them until I take that first bite :)