I had a very special request by Carrie of Bella Cupcake Couture.  “Tree Hugger Apple” cupcakes for her birthday! 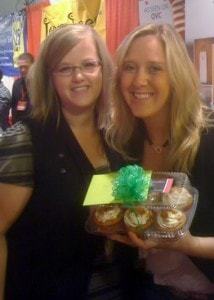 I brought Carrie her cupcakes at the Tacoma Holiday Food & Gift show because she had to work on her birthday!

For Carrie’s cupcakes, I made a variation of my Tree Hugger cupcakes… a little simpler and a few less steps!  These are a snickerdoole cupcake filled with caramelized apples, topped with a cinnamon buttercream, more apples and caramel drizzle!  SO GOOD! 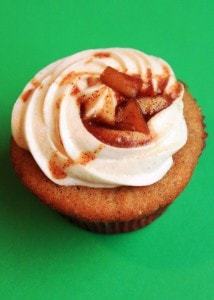 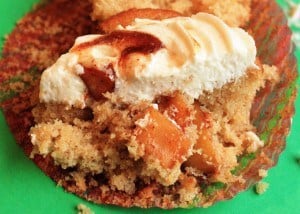 To Assemble the Cupcakes: 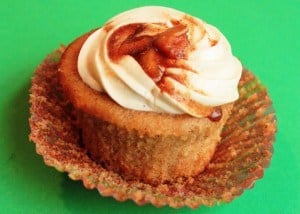