I was asked by [email protected] (on Twitter @foodiesatwork) to write a guest blog for their site.  They wanted me to come up with a cupcake that reflected the Pacific Northwest.  At first, I instantly thought seafood!! But reconsidered because I’m certain that a lobster cupcake wouldn’t be that tasty.  So I decided on apples.

I know that apples aren’t native to the Pacific Northwest, but we have a lot of apple orchards on both sides of our state and thought it would be a perfect base for a cupcake! With a suggestion from my sister, I decided to buy locally the apples and eggs because we all know how much the “tree-hugging” people from Seattle and the Northwest love their locally grown, organic foods!  So from this, the “Tree Hugger Apple” cupcake was born! 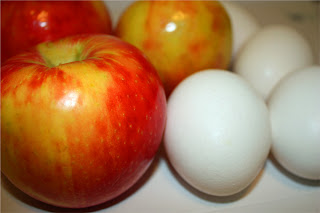 The base of the cupcake was inspired by this Appledoodle Cupcake I found while browsing the Iron Cupcake Earth website.  I changed a few things and made it my own by adding sliced apple to the top of the batter before baking, then filling the cupcake with more apple and drizzling the buttercream on top with caramel. 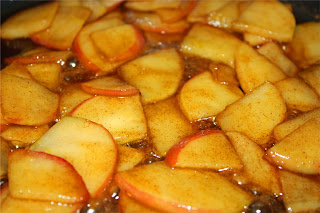 (Above)These are the sliced apples I cooked in sugar, butter and cinnamon before adding to the cupcakes before baking.
(Below)Fresh out of the oven. 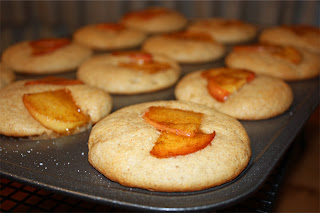 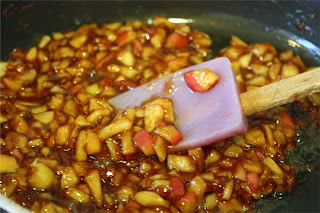 After filling and frosting the cupcakes, I made a caramel sauce to drizzle over the cupcakes….. oh heaven. 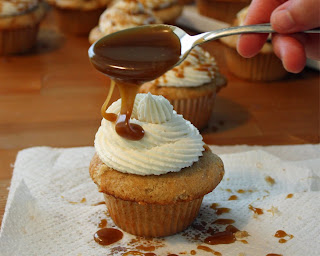 Can you see the appley goodness on the inside of this cupcake?  Oh my goodness…. so good! 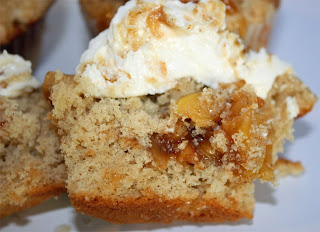 Here they are…. all done… topped with a tiny piece of apple! 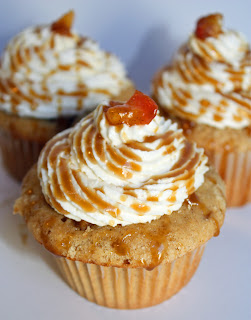 All lined up and ready to go to Erica’s for a dinner party! They were, of course, a huge hit! 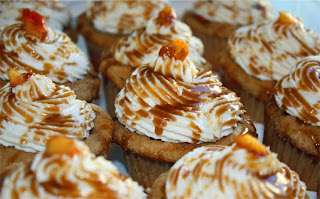 Heather said she wouldn’t talk to me for a month if I posted her picture eating this cupcake… so, I’ll post Emily’s instead! 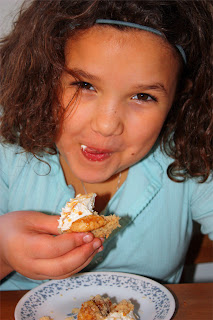 Click on the image below for the recipe!
PS… the link in the recipe below for how to core/fill your cupcakes doesn’t work!  Use this instead: https://javacupcake.com/2010/01/guest-blogger-how-to-fill-cupcakes/

I recipe stated to "use the technique to fill the cupcake with diced apple mixture" and it gives a website that no longer works. Do you add the apples to the cupcake mix and mix together or do you put the cupcake mix in the liners then spoon in the diced apples? please email me ASAP with the answer. I am making this cupcakes for a potluck at work this week (11/24/10) and i am making them mini cupcakes. I loved the recipe it sounds and looks amazing. :)

Try this link for how to core and fill cupcakes!

Thanks for commenting!! :) I look forward to hearing how they turn out for you!!!

We are honored to get this mouth-watering cupcake recipe by special request! They look FAB, Java!

From "the big apple" itself, [email protected]

Thanks so much for the opportunity to make these for you!

Thanks so much!! I've had a lot of help and we've worked really hard on it!