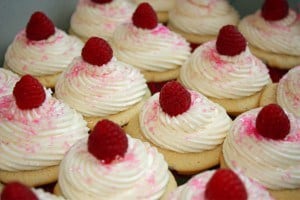 It was Tracy’s grandmothers 84th birthday and she wanted cupcakes! She wasn’t a big fan of chocolate so a white cake was ordered and wanted to add a bit of color with raspberries.  So what I came up with was this White Velvet Raspberry filled cupcakes topped with Vanilla Buttercream and a fresh raspberry! I made two dozen and I almost only delivered 23… hehe they were THAT yummy!

I got this awesome new camera, so I was able to document the process of making these cupcakes!

These are the goodies I used to make these cupcakes.  Wilton cupcake liners, pink sugar dust, and a Wilton #6B star tip. 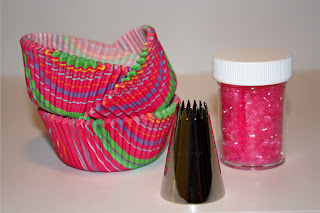 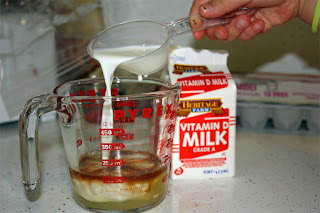 In a large mixing bowl, combine cake flour, sugar, baking powder and salt and mix together to blend. Add the butter and remaining 3/4 cup milk. Mix on low speed until dry ingredients are moistened. Increase to medium speed (high if using a hand mixer) for 1.5 minutes. Add the egg, vanilla and milk mixture in three equal parts, beating for 20 seconds between additions. 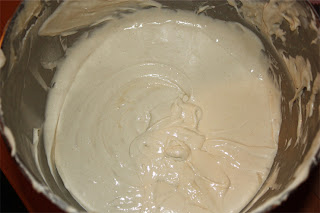 So, in true JavaCupcake style… I totally made an oooooppsie.  The batter didn’t look as pretty as the above picture at first. 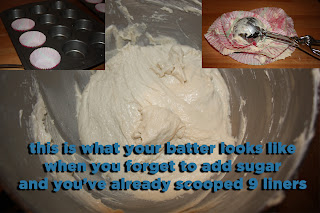 Bake 15-17 minutes. After 10 minutes of baking, rotate pan 180 degrees to ensure even baking. Remove when air bubbles just being to pop on top and a toothpick stuck in the center comes out clean.  Let cool for 10 minutes in the pan, then place on a cooling rack. 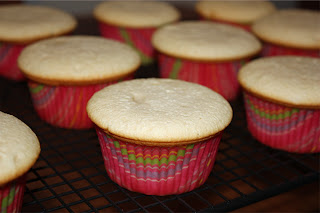 Let cool completely before filling and frosting. I chose to use my favorite raspberry jam to fill the cupcakes with. 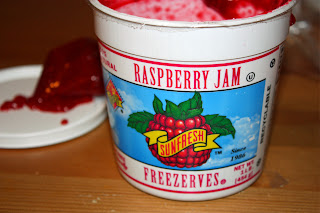 To fill the cupcakes, I used this technique I found on BakingBites.com. 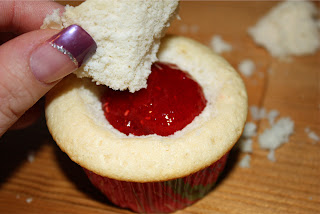 Using a Wilton #6B star tip, I frosted the cupcakes in a circular pattern.  I immediately dusted the top with the pink sugar dust. 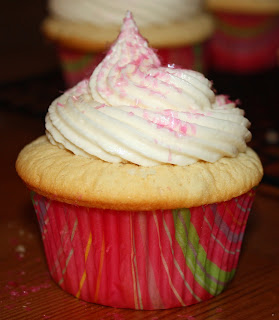 After the buttercream had a few hours to set and slightly harden, I topped them with an upside down fresh raspberry. 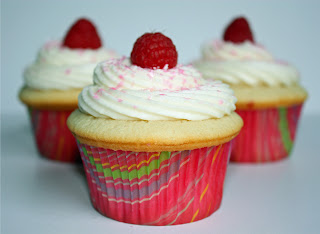 And here they are… all finished and ready to deliver! 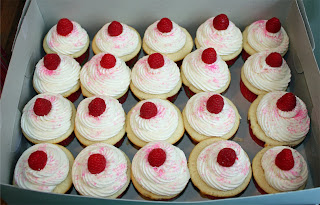 I met Tracy and her Grandmother at the restaurant and they were over the moon with these cupcakes! Grandma was a delight and it was such a pleasure to make these goodies for her birthday! 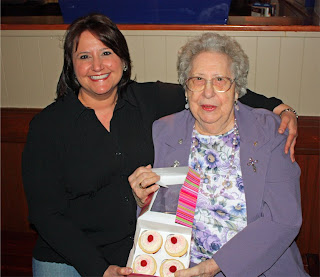 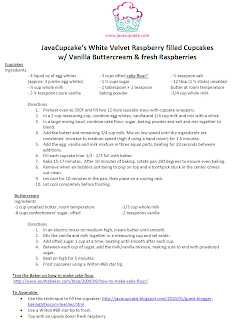 oh my goodness these are perfect Bye far the best I have ever made!!!!!!!

white velvet cupcakes sounds like heavenly bliss. :) I would have delivered... 1