This weekend was Easter and I was a baking fool! I made two bunny cakes and three dozen cupcakes! Yummm-0! The cupcakes I made were a White Butter cupcake with a classic Vanilla Buttercream frosting.  Delish!

Adapted from the Joy of Baking

2)      While eggs are still cold separate the eggs, placing the yolks in one bowl and the whites in another bowl.  Cover the two bowls with plastic wrap and allow the eggs to come to room temperature before using (about 30 minutes).

3)      In a mixing bowl sift or whisk together the flour, baking powder, and salt.  Set aside.

4)      In bowl of electric mixer, beat the butter until soft (about 1-2 minutes).  Add 1 ½ cups of the sugar and beat until light and fluffy (about 2-3 minutes).  Add egg yolks, one at a time, beating after each addition.  Scrape down the sides of the bowl. Add the vanilla extract and beat until combined.

5)      With the mixer on low speed, alternately add the flour mixture and milk, in three additions, beginning and ending with the flour.

6)      Add the hot water and mix just until incorporated.

7)      In a clean bowl of your electric mixer, with the whisk attachment, beat the egg whites until foamy.  Add the cream of tartar and continue beating until soft peaks form.  Gradually add the remaining ½ cup of sugar and continue to beat until stiff peaks form.  With a rubber spatula gently fold a little of the whites into the batter to lighten it, and then fold in the remaining whites until combined.  Do not over mix the batter or it will deflate.

9)      Bake in the preheated oven for approximately 16-18 minutes, or until a toothpick inserted in the center of the cake comes out clean.

10)   Cool the cupcakes in their pans on a wire rack for 10 minutes before removing and cooling completely on the wire rack.

1)      In an electric mixer on medium-high, cream butter until smooth.

2)      Mix the vanilla and milk together in a measuring cup and set aside.

4)      Between each cup of sugar, add the milk/vanilla mixture, making sure to end with powdered sugar. 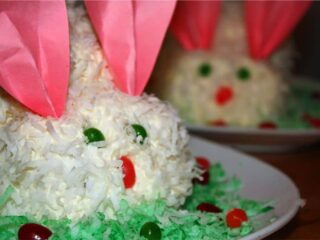 My daughter is mad at me right now, but when I show her this greedy recipe, she's gonna forget all about me taking away her iPod, and her phone, and her computer time. Uhhh. maybe. But either way, I LOVE IT!!!