Johannisbeeren (in German) or Red Currants are a small, tart berry easily found in Western Europe during the summer months and are typically used in jams and baking.  This week, I’ll be sharing 4 amazing recipes plus some baking tips all featuring this fun berry… the red currant! 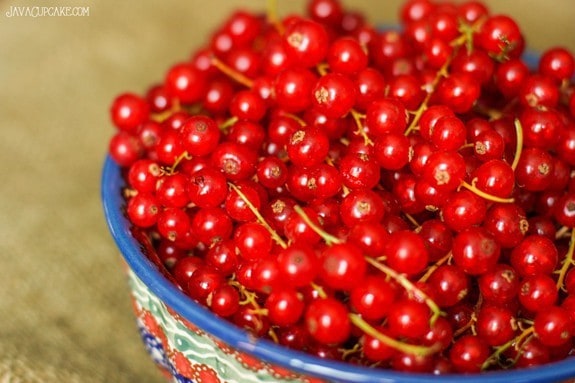 I began taking notice of the German word “Johannisbeeren” at my favorite ice cream cafe in Grafenwoehr, Germany, Pinguino Eis.  There was a sign with red berries and Johannisbeeren on it in the pan of the most beautiful dark pink/purple ice cream.  I was instantly intrigued.

I ordered a scoop of Johannisbeeren and a scoop of chocolate with fresh sliced strawberries and my world was forever changed and my obsession with learning more about Red Currants began.  (Picture below is from my Instagram) 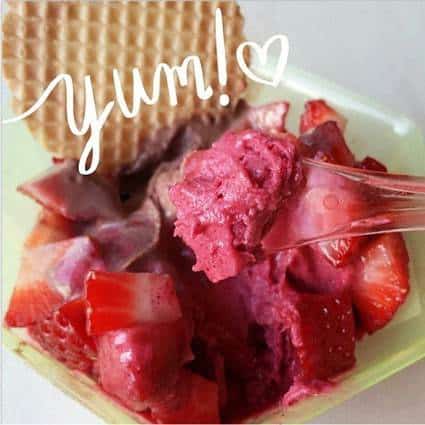 Red Currants are a part of the gooseberry family and are native to the Western part of Europe including Germany.  These tart berries were first cultivated in the 17th century in Belgium and Northern France and today can be found growing wild as far East as Asia.

Here in Germany red currants, or Johannisbeeren, are popular in pastries, jams, cakes, pies,  tarts and even ice cream.  The berries are ready for harvest in mid June until the end of August, but are mostly commonly found in stores in late July/early August.  Many of my German friends commented on how they grew up with wild Johannisbeeren bushes in their yards and enjoyed them every summer.

Red Currants have a soft, yet firm skin, juicy center and small seeds.  They are very tart by themselves but still have an appealing flavor.  They are best when used within the first few days of harvest and when used sweetened in baking or jams. 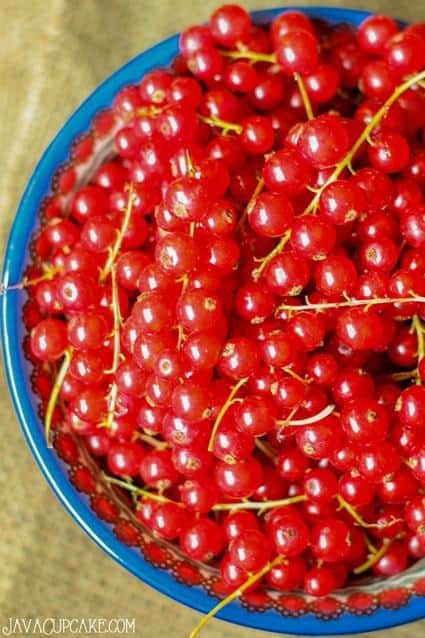 How to Destem Red Currants: So you’ve come home with 1000g of red currants and you want to make jam but you’re looking at this pile of beautiful berries thinking to yourself, “Do I really have to pull each berry off the stem one-by-one?”.

The answer to that question is NO! 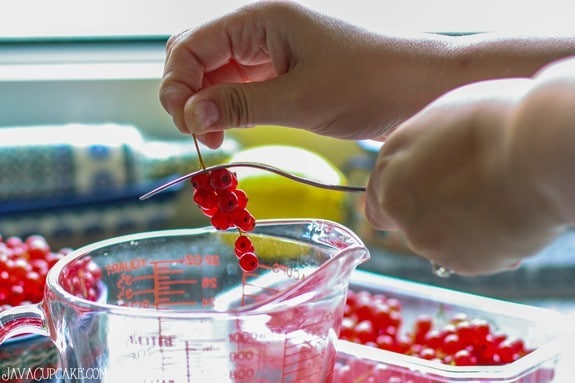 It’s much easier and quicker to destem red currants than you might think!  Here’s what you’ll need to do…

Come back tomorrow… I’ve got a delicious Red Currant Jam recipe for you that’s so simple and so delicious, it will knock your socks off!

Hello Betsy! I loved your posts and your recipes. I can't wait to make them. I just bought my first red currant bush to plant today and I am looking forward to the fruit next year. They are way too expensive to buy in the States. Like you, I fell in love with the red currants when I lived in Germany many,many years ago. Also like you, my first bite into one of the red currant desserts left me forever transformed and hooked on to red currants. Thank you, once again, for all the info you shared and enjoy your stay in Germany!!

Evagelia - I haven't had red currants in so long. *sigh* I wish I lived in Germany still, I'd eat them all the time! <3 Happy baking!!!