Today’s post is a little different.  No cupcakes, no cookies, no recipes… but trust me, it’s a lot of fun! 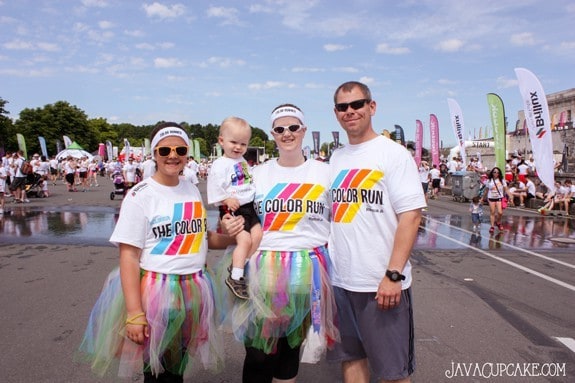 I don’t typically write personal posts that don’t include a recipe, but today I wanted to share with you what I did this weekend and how important accomplishing it was to me!

This past Sunday, my family and I competed in our first 5K run, The Color Run Nuremberg! The Color Run: The Happiest 5K on the Planet is a fun race where everyone wears a white t-shirt and gets splattered with colorful paint like powder throughout the race!  There are Color Run events in countries all around the world!  Our race was held in Nürnberg, Germany! 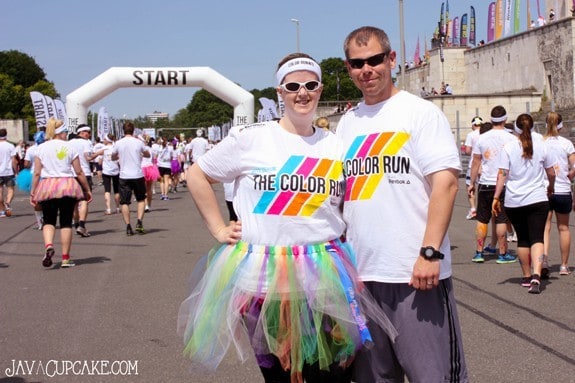 But… before I get to all The Color Run Nuremberg details… let’s go back in time a little bit and set up why this race was so important for me! In 2010, I weighed 325lbs and I could barely walk, let alone run a 5K.  I had dreamed about a day where I would be able to participate in active events with my family… but I knew I had to make a drastic life change if I wanted that to happen.

So, I had gastric bypass surgery the Spring of 2010 and a year later I had lost 145lbs.  (If you’re interested, you can read all about that journey HERE!) And almost overnight, I was given the ability to be active with my family!  The picture below was about 8 months into my weight loss journey. 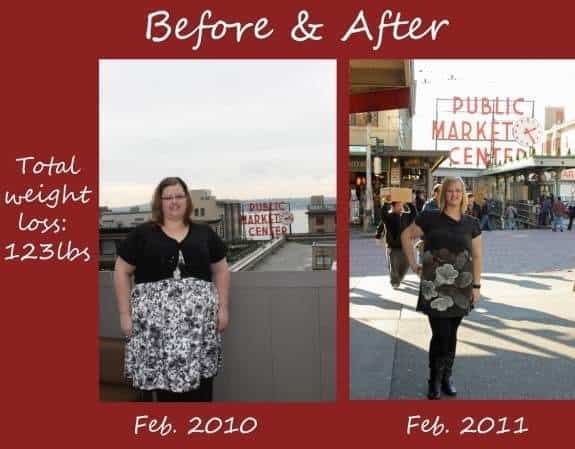 Since the picture was taken, I uprooted my life and moved to Germany, got pregnant and had Matty, got pregnant again and had Cora who passed away and survived  my husband’s 3rd deployment.  Between the pregnancy and stress of life… my body suffered and I gained back about 45lbs.

And that has been very hard to deal with.  VERY HARD.  I mean, I love my son so much… but getting pregnant ruined everything I had gone through having the gastric bypass surgery.  My body changed in shape and in the way it handles food .  My smaller stomach no longer was processing food in the same way it did before pregnancy and I wasn’t losing weight anymore.

With gastric bypass surgery, my stomach is literally the size of a golf ball and I physically am forced to eat small amounts.  My intestines are also shorter which means the food has less space to absorb into my body.  Both of these together means I lose weight.  Right now, I’m eating the same golf-ball small amounts of food, but I’m not losing weight.  This is definitely a problem and I really should go back to the doctor to have this looked at and possibly have a surgical revision done, but I’m in Germany… and I need an American doctor.  That will have to wait until we move back to the USA. 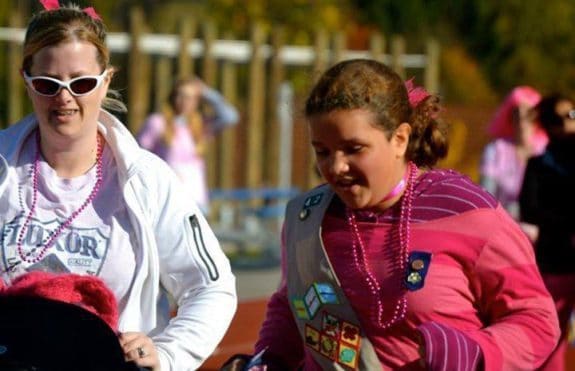 So until then… I’m going to do what I can to try to stay active and work on being healthy.  And that’s where The Color Run comes into play!  While my husband was deployed, my daughter and I participated in our first 5K – The Pink up the Pace in Grafenwoehr, Germany (see picture above!).  Emily ran with her Girl Scout Troop and I went with them.  It was a lot of fun and I was so proud of myself for accomplishing it!  After that…. I knew that I wanted to do more fun runs… but with my entire family!

This past Sunday, my family along with my friend Chasity and her family participated in The Color Run Nuremberg!  Two families + Great Weather + Germany = ONE AMAZING COLOR RUN! 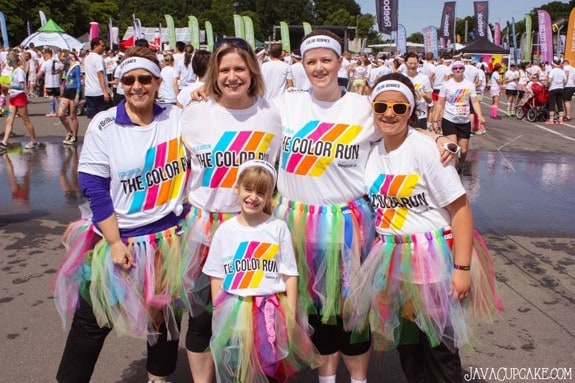 We picked up our race packets the day before so we could enjoy the morning before the race started.  The packs included a Color Run t-shirt, sweatband, bracelet and bib number plus a packet of the color!  Chasity and I decided as soon as we bought our tickets that we wanted to wear colorful tutu’s to the race!  So we had a local clothing-maker (Maddy’s Girl) design and create matching tutu’s for all of us ladies to wear!  They turned out so cute!

I even made Matty a shirt that said “My First Color Run”.  He was definitely a “chick magnet” at the race too.  Women all day were saying, “süß” or “sweet” and pointing and giggling at him.  I love that Emily and Matty, although 12 years apart, have so much fun together!  They’re both süß!! 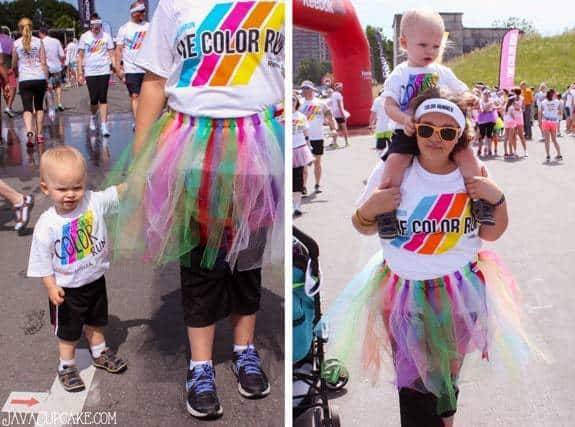 With 4000 runners participating in this Color Run, you can imagine the start like was packed!  The race didn’t begin all at once, instead they started it in smaller groups!  Luckily, one of those groups started and we were at the front!  Nordbayern.de wrote an article about the race and featured this photo that we’re in… on the left, can you see Matty’s stroller, me and Dave and Emily? How awesome is that!? 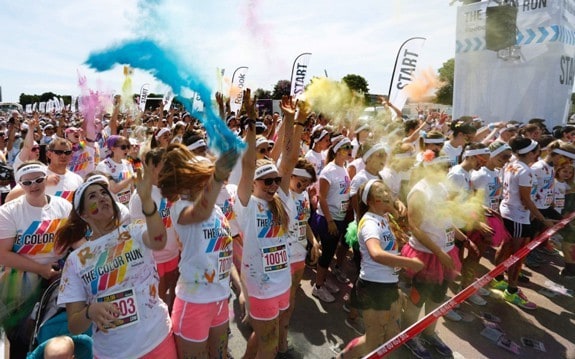 Along the race path, there were four color stations set up where Color Run volunteers squirted powered color all over us until our shirts had no white left on them!  By the end of the race, we were a rainbow… covered from head to toe in color! 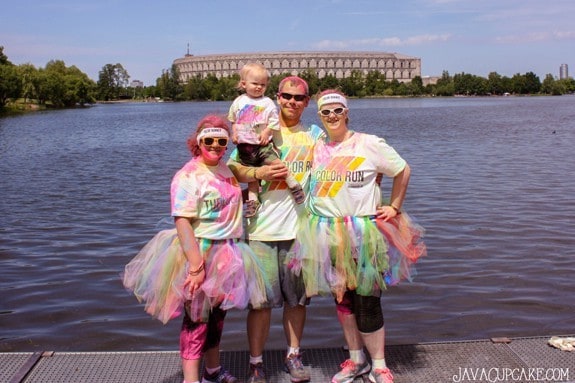 My favorite picture of the entire day is this one.  Behind us is Nazi Party Rally Grounds & the Colosseum that Hitler made famous by holding six Nazy Party rallies there between 1933 and 1938.  Although what happened there isn’t pleasant to think about… the history behind us in those grounds combined with the beauty it holds today shows just how far Germany has come.  We were almost done with the race when we stopped for this picture! 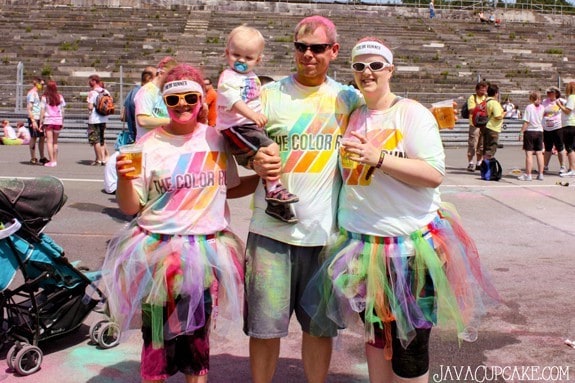 Of course, because we’re in Germany, we were greeted with beer just before the finish line!  0% alcohol beer so the kids could enjoy it as well!  It was pretty darn delicious too at the end of this race!

We made it to the finish line about an hour after we began.  I know, a 60 minute 5K isn’t that impressive, but with two kids and a Mom (me) who walks plus 4 color stations to get through and pictures to stop and take… 60 minutes was a great time! 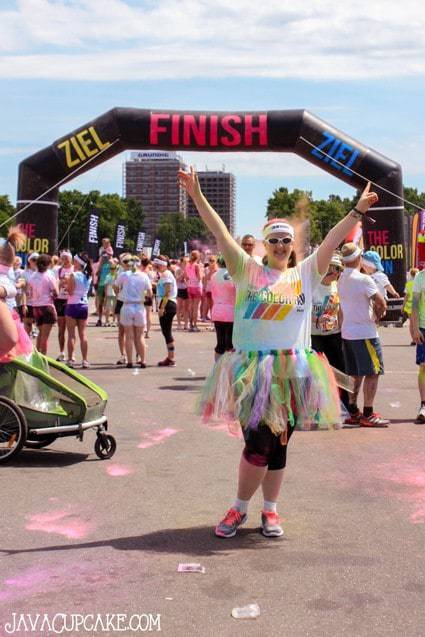 But… I didn’t care about the time because I DID IT!  I finished another 5K and I was so excited, happy and proud that my entire family got to do it together!

I know that my weight may go up and down… life will through curve balls at me… but if I can run a 5K with my family beside me, I know that anything is possible! 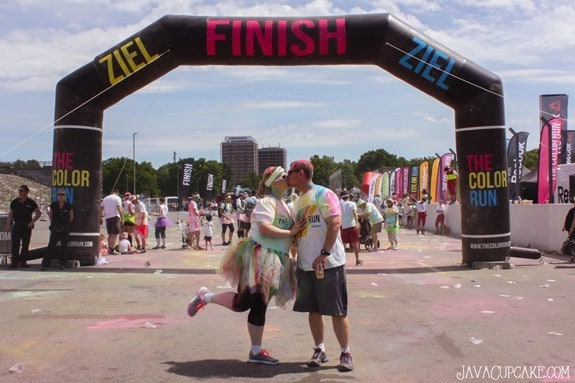 If you get a chance to participate in The Color Run, I highly recommend it!  No one there judged me for walking, in fact  most people were walking after the second color station.  Everyone was there just to have fun!  And that’s what we did… HAD FUN!

We’re already planning to attend again next year…. maybe Italy, the Netherlands?  Who knows!  We just want to do it again!

This is the official video of The Color Run Nuremberg!

We’re in this video at about 1:39 – on the left of the start line with Matty in the stroller!

Good for you, Betsy!!! What a fun day and inspiring story!

What an awesome achievement and so inspirational. Weight loss is such a battle and stress makes it even worse. What a great thing you did for yourself and your family.

I'm so proud of you! What a beautiful example you are to your beautiful children.

Good for you! There is nothing more important than your health, and it is evident that you are a testament to doing the hard work to maintain yours!