Olive oil, onions and fresh rosemary make these German Style Rosemary Potatoes some of the best I’ve ever had! 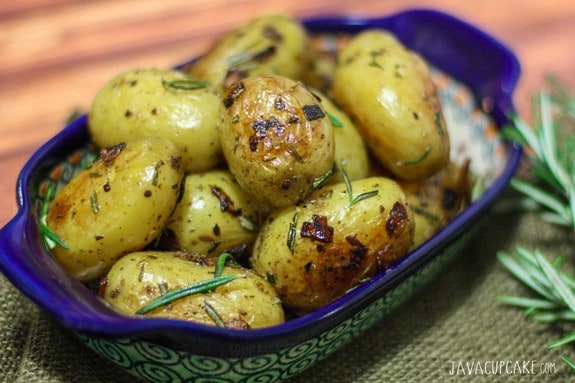 Christmas time in Germany means one thing… Christmas Markets.  For the four weeks of Advent, large cities and small villages across Germany (and Europe) all put together some sort of Christmas Market for their communities to enjoy.   My favorite part of the markets…

Hands down the food at these markets is unlike anything I’ve ever had before in my life.  Every market is just a little bit different in the food they serve.  But, one thing is certain… there will always be potatoes.

Potatoes (or Kartoffeln in Deutsch) are a staple side food or snack in the German culture.   The potato was introduced to Germany in 1589 but it didn’t become a regular part of the German diet until the 17th century when famine forced people to see potatoes as an important food source.  It’s said that today Germans eat more than 150lbs of potatoes annually.  (Source: German Food Guide) 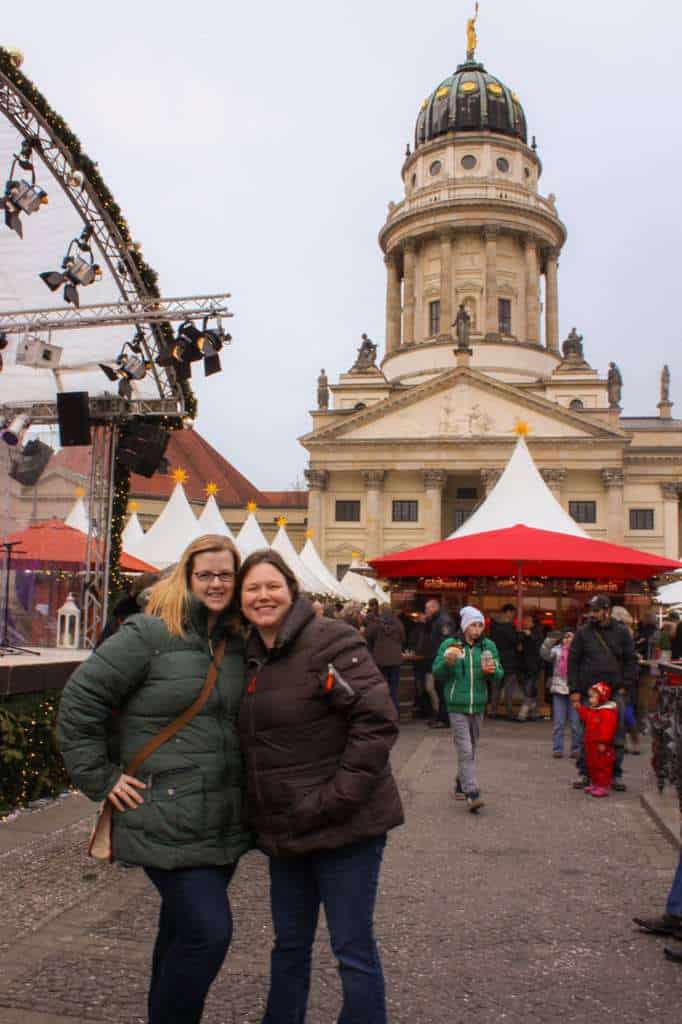 In this last December, I was in Berlin for the holidays with my best friend Sarah and her family.  We probably went to at least 5 different Christmas Markets while we were there with my most favorite being the WeihnachtsZauber Gendarmenmarkt.  It was a smaller market, but it had lots of delicious food and a stage for live music.

The first day we visited the WeihnachtsZauber Gendarmenmarkt, the band that was performing was playing old school Disney songs and Matty LOVED it.  He danced and danced and danced for what seemed like an hour!  Here’s a little video… too cute!

At this market, I probably had the BEST potatoes I’ve ever had in Germany.   The potatoes were cooked whole and seasoned with fresh rosemary.  The stand I ordered the Rosmarinkartoffeln from had the potatoes cooking in a large wok type skillet and just kept pouring on the olive oil and fresh rosemary.  I started drooling the moment I saw them and smelled them.  These rosemary potatoes were so good, Sarah and I actually went out of our way to go back there a second day just to eat these potatoes again.   Sarah ordered hers with a garlic sauce and I had mine with fresh salsa.  But really, they were so good just on their own too.

So good that I needed to recreate them at home. 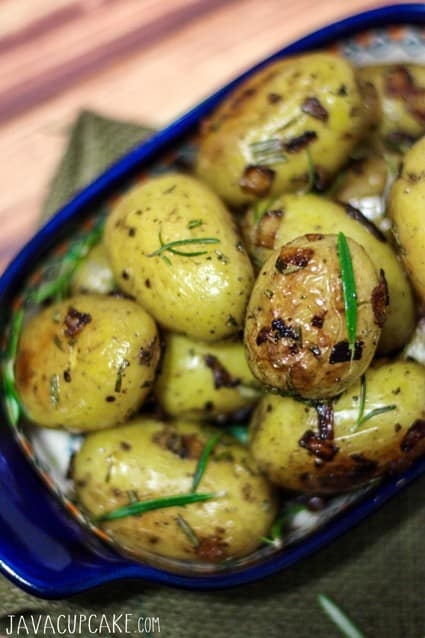 I had made salzkartoffeln or salt potatoes previously, so I had a good idea of how to start and how to prepare the rosemary potatoes the way the Germans at the market had made them.  I began with boiling the potatoes in heavily salted water until they were almost done, but still firm in the center.

Then I put them in a skillet with a lot of oil, seasonings, onions and of course… rosemary.

The end product was about 90% as good as the potatoes I had at the Christmas Market.  I mean, let’s be honest… nothing I make at home will ever be as good as being in Berlin with my best friend eating authentic Rosmarinkarofflen.

Seriously, you should make these.  So good.

Would these potatoes go with schnitzel?

Really mouthwatering! I will try to cook them.

These potatoes look really good - I love potatoes! I definitely need to try these. Pinned!

I love salt potatoes! They're really popular here, but I had no idea they were German (it makes sense though - there's a lot of German history in the area)