Maple syrup marinated pears bring these spiced Cupcakes to the next level by adding an intense amount of flavor!   Oh, and did I mention the roasted pear buttercream? It’s Pure Pear Perfection! 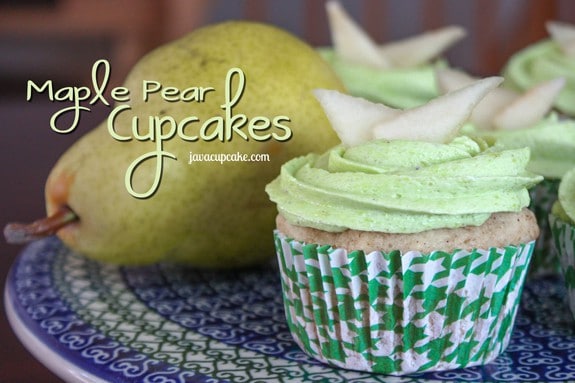 I know, it’s not technically Fall yet… but the weather here in Bavaria is telling me it’s time to put the flipflops away and break out the hoodies and Chuck Taylors.   The cloudy skies and cooler temperatures also tell me it’s time to start my Fall baking!

When I think of Fall I typically go for apples… I mean, apples go with everything and everyone loves them.  But… I’ve made them before.  A couple times.

I’m so over apples. 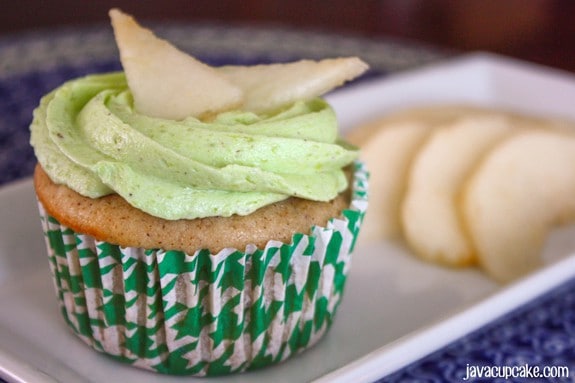 So, I’ve moved on to pears!  I love how soft, yet still firm pears are… it’s like they melt in your mouth when you take a bite into them!  So these cupcakes are full of giant chunks of melt-in-your-mouth pear goodness.

Oh, did I mention that those pears got a 2 hour marinade in spices and pure maple syrup first? Ohhhhhhhhhh my! Yes!

Finally, these cupcakes are topped with a roasted pear buttercream.  Yeah… you read that correct. ROASTED PEAR BUTTERCREAM!?!? Oh yeah, I went there. 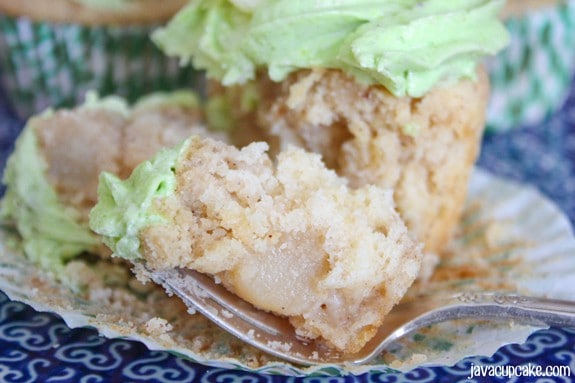 Run to the store, get 4 pears and be prepared to have the most pearlicious cupcake ever!

NOTE: Ok – in an attempt to be completely transparent, I need to confess something about these cupcakes.  After I made them and put the frosting… I ate one.  It was then I realized I should have paired a different frosting with this cake.  Now, don’t get me wrong… this frosting is super yummy! It’s just a bit sweet and too heavy for this cake.  Next time I make this cake… I think I’ll pair it with a light cinnamon whipped cream.  Light, not too sweet but still delicious… a frosting that won’t overpower the deliciousness of the pear cake! 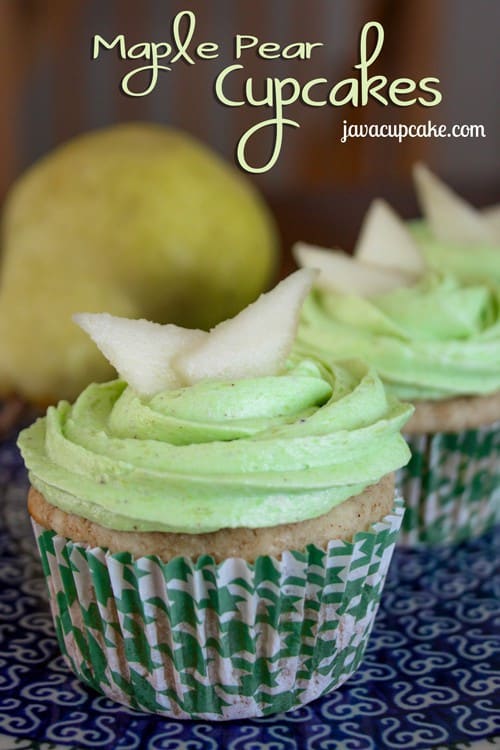