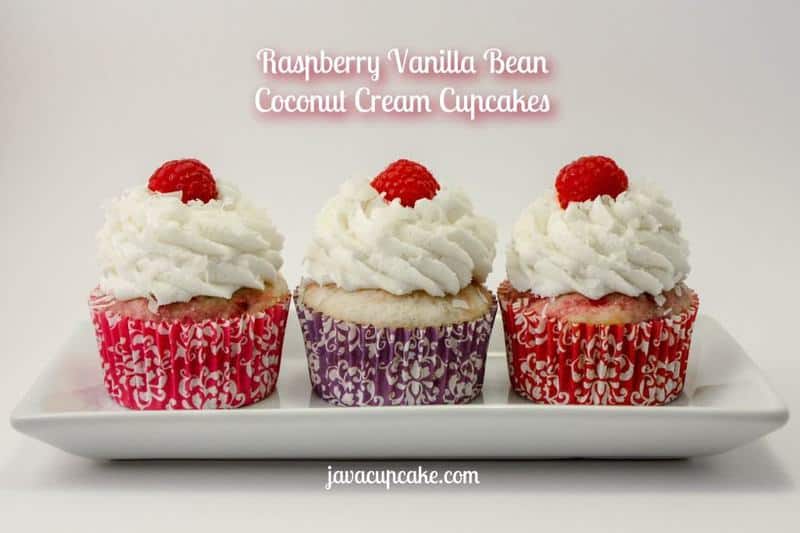 Tomorrow is the last day of school for my 7th grader!  Can’t believe it really… the ending of this year means that we’ve been in Germany for 2 1/2 years! WOW!  I can’t believe that either! Time sure does fly!  With the end of the school year comes great big THANK YOUS from me to the school and office staff of the middle school… and of course, in typical JavaCupcake fashion… they get cupcakes!

Last week, I was on vacation in Berlin and was able to visit several farmers and flea markets on Saturday.  At one of the booths, I found an older women who made her own jam.  Jam is one of my most favorite things to buy homemade… it’s just so much better when it’s made with home grown berries.  I spotted my favorite…. raspberry! YES!  But OMG, this raspberry was made with vanilla beans as well… MINE!  DONE! YES!  I bought a jar to bring home. 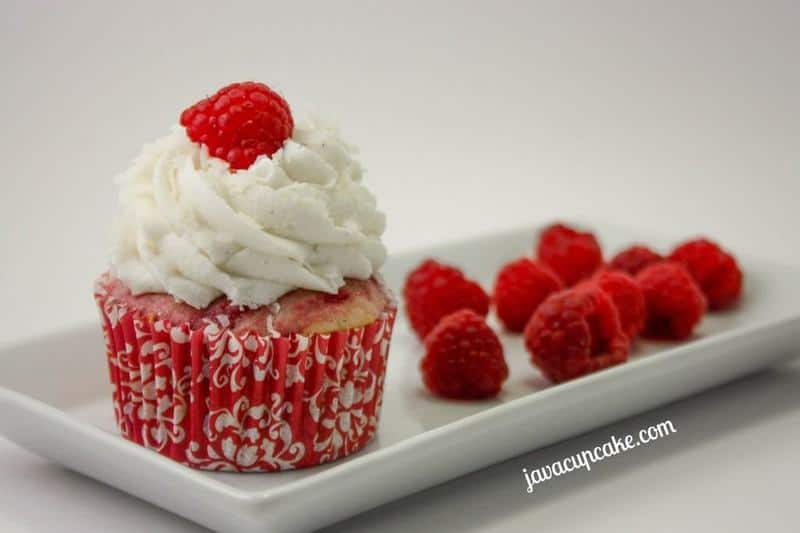 But, ever since I bought the jar, I couldn’t help but daydream about the flavor combination of vanilla bean and raspberry and how perfect it would be in a cupcake!  So today, I’m making Raspberry Vanilla Bean Coconut Cream Cupcakes to bring to the middle school tomorrow.

These cupcakes started with a Martha Stewart recipe… but I kicked it up a few notches.  I typically haven’t had good success with MS recipes… but, a reader mentioned they had good success with it… so I thought I’d give it a try.    I  didn’t over mix the raspberries in the batter so the cupcakes have a nice swirl of pink and white cake together and big chunks of raspberry running through it.

Oh… and don’t forget the frosting.  It’s not just any old coconut frosting… I made the coconut milk  for the frosting from scratch.  Yah…. you read that right.  From scratch!  And it’s steeped with vanilla beans too.  Oh em gee! So good and so perfect with the raspberry cupcakes!

One last thing before I get to the recipe… the first two pans of cupcakes I made, I baked at 350 F degrees and they shrunk down after they cooled… so I kicked up the oven and baked them hotter and for a shorter time.   This seemed to help keep their domed shape and prevent shrinkage! So… depending on how your oven cooks… you may want to try 350 for 17-18 minutes or 375 for 15-16 minutes.

PS… Don’t you just LOVE these cupcake liners?  Make sure to visit Sweets & Treats Boutique to order some for yourself! 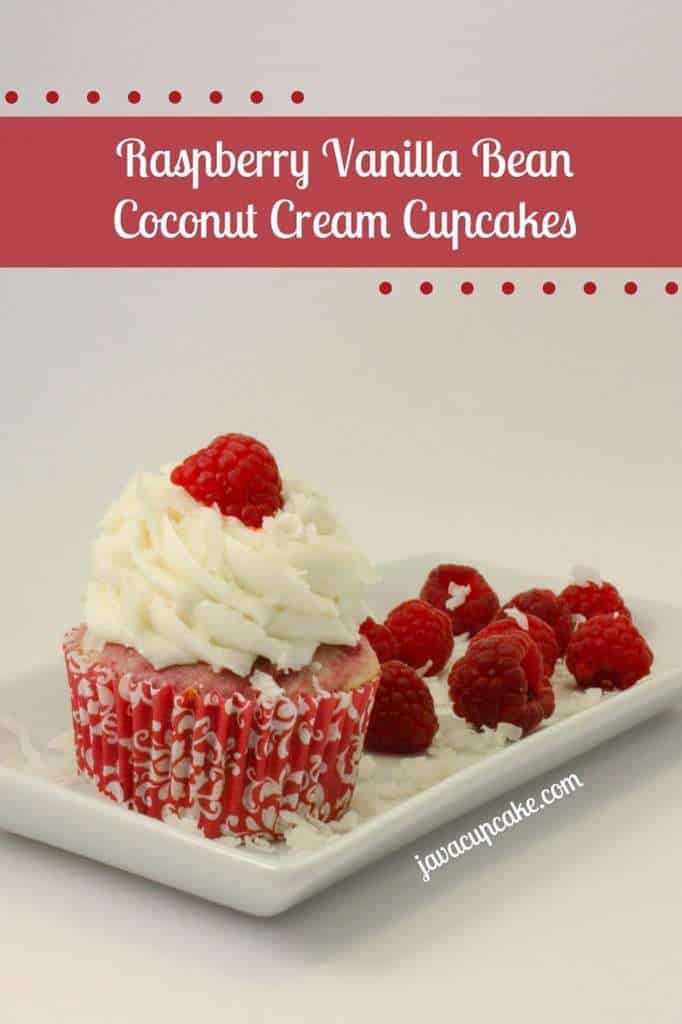 Prep time includes the cooing of the coconut cream.

Betsy, today was the first time I tried one of your recipes and it was just absolutely amazing! Unfortunately, I didn't have the vanilla beans, so I tried to make up for it with a little more Vanilla extract and it was still delicious!! Thanks for sharing your great talent! :)

Amazing! I saw the picture on Instragram and they looked great!!!!

Loving all the flavors going on here- intense!

I was seriously considering making these until I read that you made the coconut milk from scratch.. wow.. I dont think I would (to be honest) make it exactly like yours but I´ll give it a go ;-D Thanks for the recipe!

ps. by the way I´m a South African living in Spain.. how´s your German coming along?

It really wasn't that difficult to make Johlene! Warmed up some milk (heavy cream) and vanilla and poured it over store bought coconut flakes! Easy peasy! And my German.... I know like 10 words. haha :)

Those are some beautiful cupcakes! In love!