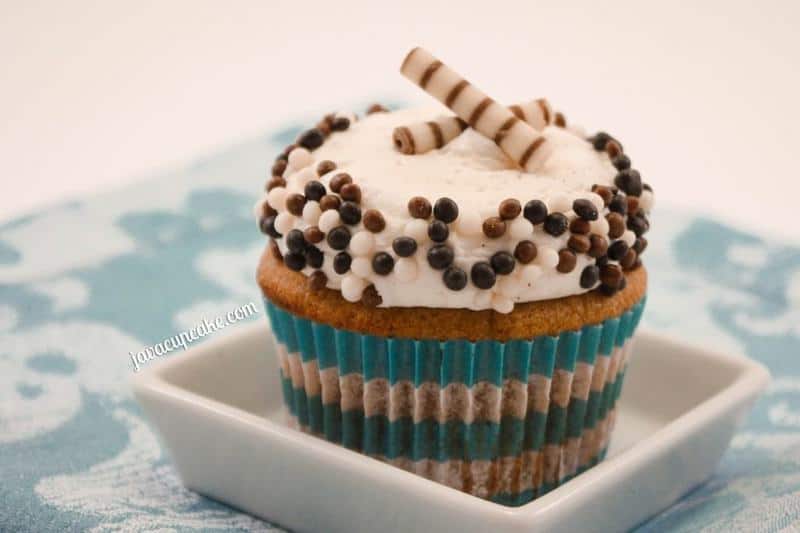 I’m going on vacation next week.  Yup… 6 days away from home with my soldier and our beautiful kids.  We are driving North to Berlin visit the Berlin Zoo, Barbie Dreamhouse,  Starbucks, Hark Rock Cafe, Cupcake Berlin, the Markets plus all the historical sights like the Brandenburg Gate, the Berlin Wall and Checkpoint Charlie.

The super duper awesome part of our trip to Berlin… I’m staying with my friend Dawn, owner of Cupcake Berlin… and guess where her apartment is?  ON TOP OF THE CUPCAKE SHOP!  Yeaaaaah!  I’m going to be vacationing above a cupcake bakery! That’s so rad!!  Every morning we wake up, all I have to do is go downstairs for fresh pastries and cupcakes…. oh and coffee! YUM!  I can’t wait! 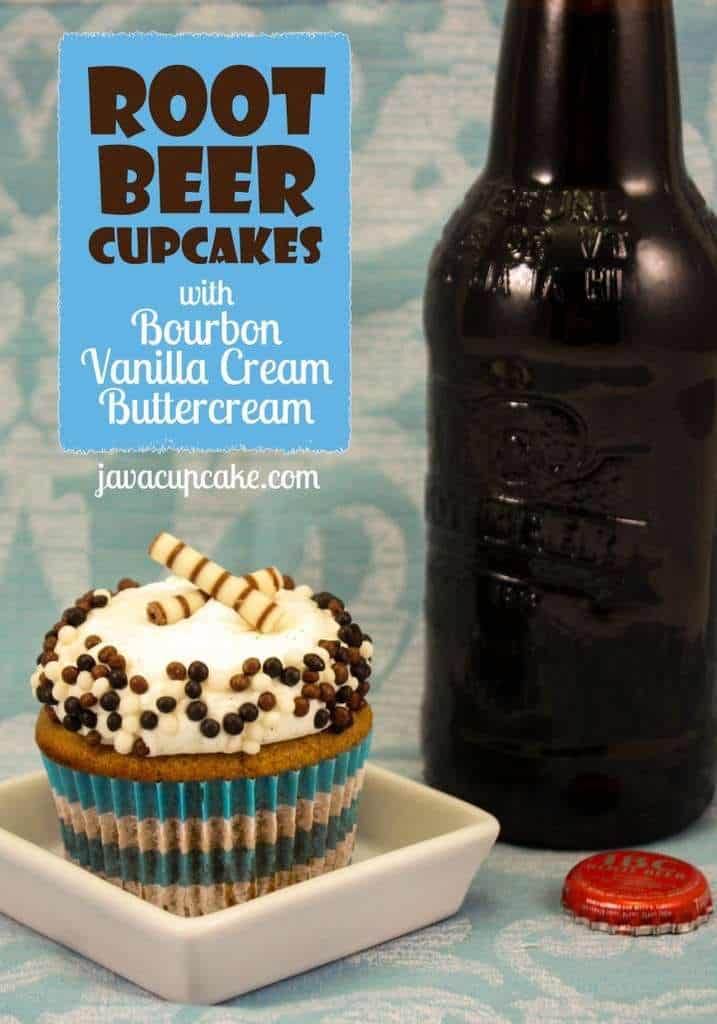 So yeah… since I’m not going to be around for a little bit, I decided I need to make a cupcake that was really going to WOW everyone… and tide you over until I bake again.  I began researching for this cupcake by doing what I usually do… Pinterest.  Ha!  I saw a few cakes and cupcakes made with reductions and I was intrigued.  One recipe I saw called for a reduction of root beer into a syrup.  Root beer cupcakes?!? Done!

Friday, my husband and I went shopping in Bayreuth and came across a chocolate shop that was selling a Bourbon Vanilla white chocolate.  Oh my god.  Bourbon Vanilla white chocolate?!?!!??!?!!?  I kick myself every day for not buying a bar.  BUT… that gave me the inspiration for the second half of my cupcake.  A bourbon reduction infused with vanilla and cream… oooooooooh yeah!

Before I get to the recipe though… I need to tell you about this Bourbon Vanilla Cream.  This stuff… you need to just make it to have on hand in your fridge.  It’s AMAZING in coffee, frosting,  mixed into a glaze for a cake… or by the spoonful.  I’m actually making another batch tomorrow to bring to Dawn in Berlin.  This is one of those recipes that I just threw together as I was making it and honestly… it’s AMAZING!  Creamy, sweet and a rich bourbon flavor!  And since all the alcohol cooks out… there isn’t a strong liquor flavor to it.  It’s subtle and so delicious!  Make it! 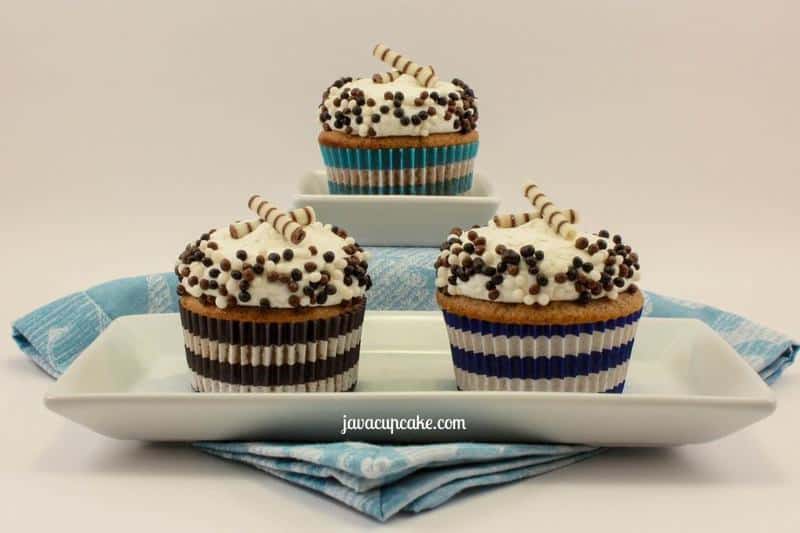 PS… I also used my new lightbox for these pictures.  What do you think?  I LOVE how they turned out.  SO much better than the crappy overhead lighting I was dealing with before!  When I get back from my trip, I’ll have a DIY Light Box post for you!

So… until I come back…

These are SO pretty! I loooove root beer cupcakes!

Goal accomplished. WOW! Not only are these beautiful (I love the look of those big sprinkles) the flavor combination is sophisticated. How fabulous to be throwing stuff together and come up with something special and delicious! Artistic genius at work. :) Looking forward to the light box tutorial. Have a great trip with your family!