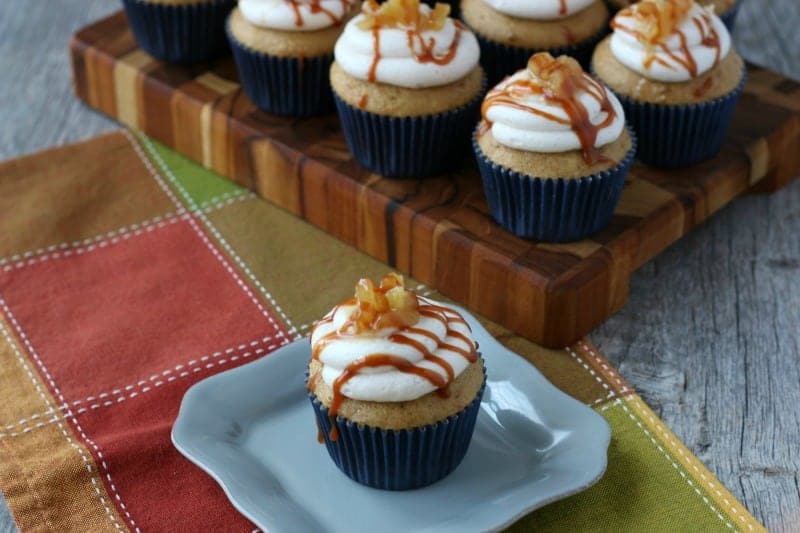 While I wanted this recipe to be one you could whip up all in one bowl, there is just no getting around the process of prepping your apples with butter, sugar, and spices. Trust me when I say, the result is 100% worth the effort. It only takes a few extra minutes while you are baking the cupcakes to cook down the apple filling.

This apple cupcakes recipe is a great way to make a simple cupcake seem decadent.  By adding a cooked apple spice filling into the middle after they are baked, you add a hidden element of flavor and texture that really adds to the experience of eating this cupcake.

If you want the ultimate holiday flavor on your dessert buffet, make sure to add these Cinnamon Eggnog & Bourbon Cupcakes to your menu.

Can You Skip the Filling in These Apple Cupcakes?

If you want to skip the filling step, you could wait to bake the cupcakes and add that cooked apple mixture to your batter before baking instead of chopped apples.  The result would be all of the cinnamon and apple texture mixed into every single bite instead of just in the center of the cupcake. Both give amazing results, so do what works best for you.

What’s the Best Apple for This Apple Cinnamon Cupcakes Recipe?

In my opinion, almost any apple will result in delicious cupcakes with this recipe. Typically, I like to use a firmer apple when baking to add extra texture.  A good Granny Smith or Honeycrisp works great for this recipe. You can, however, use Gala, Fuji, or even Jonagold for a nice sweet option that cooks down beautifully for your cupcake.

How to Frost Apple Cupcakes

My apple cinnamon buttercream is a bit different than your average recipe as it includes bits of apple.  You can cut the apple into small pieces so that it is easy to pipe through any tip in your piping bag. Alternately, you can make this be one cupcake you use a larger tip for piping so you can leave the pieces a bit bigger for more texture.

When I make these cupcakes, I allow them to cool completely before filling them with cooked apple mixture.  Then, I will pipe on a nice swirl of frosting with a large tip and sometimes even drizzle a bit of caramel syrup over the top before serving.  You could even save a little of the cooked apples and add a teaspoon to the top of the frosting if you wanted. 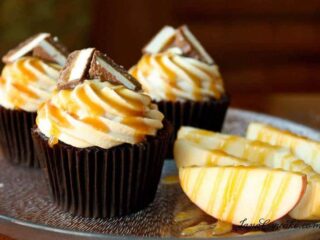 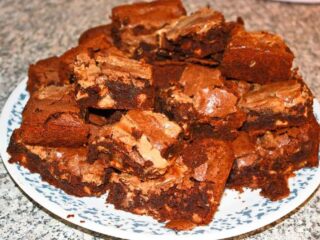 This has got to be my favorite cupcake recipe ever! I found this over a year ago and have made it a lot. I finally found this one here and was sooo excited when I realized you had more yummy recipes! Ill definitely keep checking back for more!

How full do you fill the liners for these cupcakes? I don't believe the recipes says. Also, how small of chunks do you cut the apples into for the filling/buttercream?

I would like to make these! How do I hollow out the cupcakes and how much do I remove? Thanks!

I use an apple corer to take out the centers. :)

This recipe looks amazing! I'd love to try making the frosting & filling & using them on plain cupcakes I have stored in the freezer. I often prepare plain cupcakes in chocolate & vanilla & freeze them for future use; that way when I'd like to or need to make cupcakes I can concentrate on frostings, fillings & toppers instead of baking.

My question is, do you feel that the apple cinnamon filling & buttercream would taste better with a vanilla cupcake, or a chocolate cupcake? Has anyone here ever tried these combinations?

I think it'd be great with both!! Apple and vanilla is more classic... but apple and chocolate!! DELISH! Let me know how they work for you!

I plan on making these soon and from experience what tastes better, or apple juice Thank you it seems like the majority has liked the recipe and I think it's sounds delicious . Thank you