These Cinnamon Eggnog & Bourbon cupcake are one of a kind! Cinnamon, eggnog and bourbon cake topped with a spice bourbon frosting… WOWEEE! 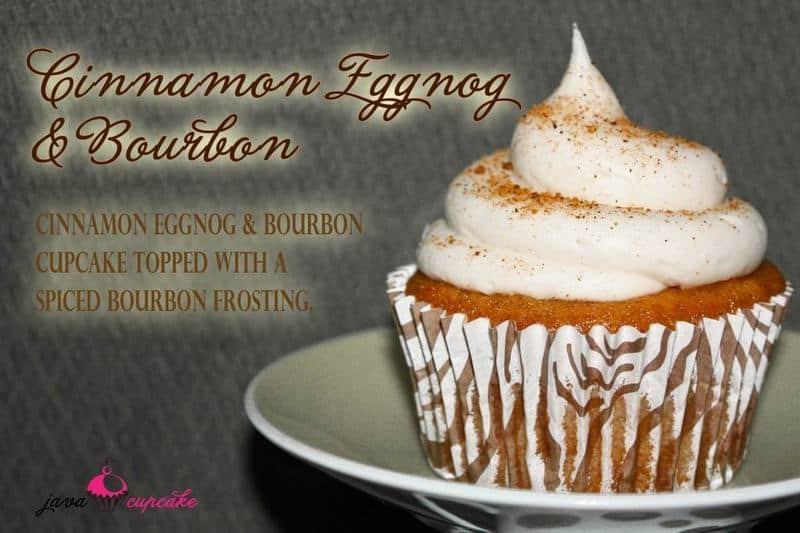 Our military commissary has stocked three flavors of eggnog right now.  Pumpkin, Cinnamon and Gingerbread.  The pumpkin tasted just like pumpkin pie, but I knew I didn’t want to bake with it.  I’m kinda over pumpkin, ya know?  And then I sipped on the cinnamon nog…. and HOLY COW!

I’m not gonna lie.  I’m not a fan of the eggnog.  But the cinnamon eggnog was SO GOOD!  I might even drink an entire quart of it! YUM! 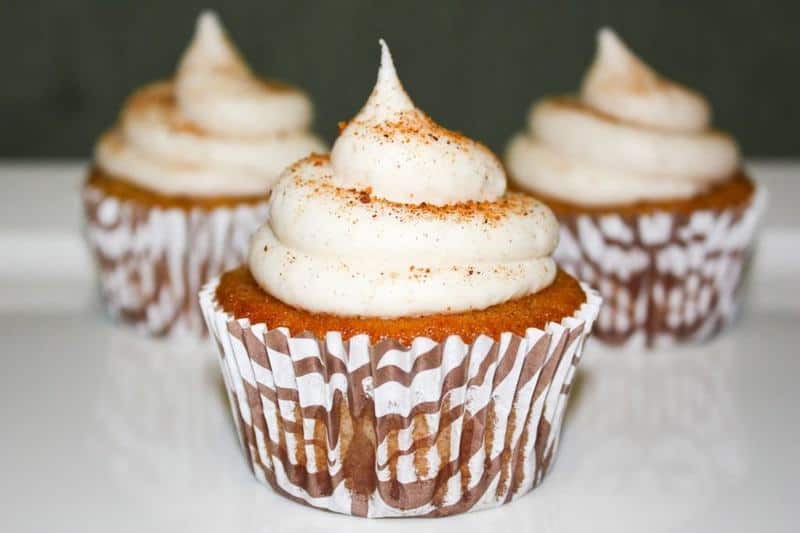 Don’t worry, these won’t get you drunk… just make you happy! 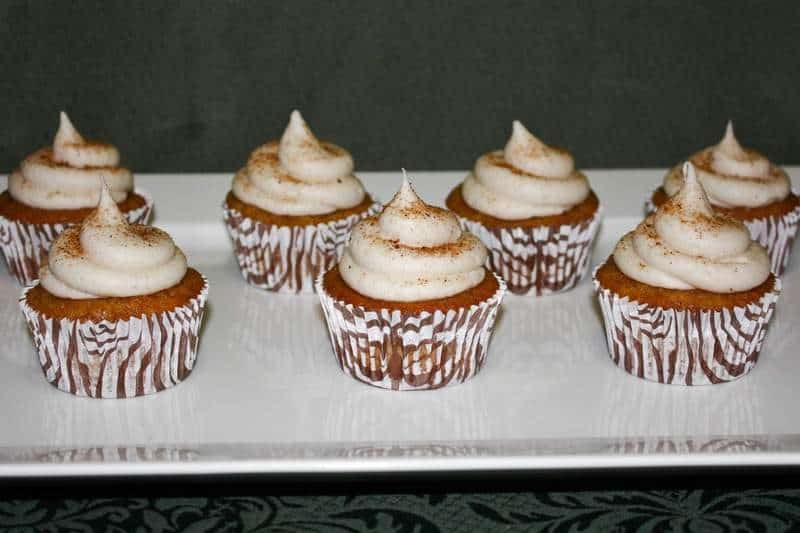 PS… the liners I used for these cupcakes are probably one of my most favorite liners EVER!  They come from my friend, Kellie Sutton of Sutton Gourmet Paper.  The thing that makes these liners so amazing is that they keep their color, texture and shape when baking.  They DO NOT soak the batter or oils into the liners like others do.  So every time you bake with Kellie’s liners, you get a perfectly beautifully wrapped cupcake!

I made these for Thanksgiving this year. My husband is a super picky eater and pretty much hates Thanksgiving because he doesn't like pumpkin, pecan pie, or any of the typical Thanksgiving desserts my family prepares. I found this recipe and knew it would be a winner as we both love bourbon and eggnog. I used vanilla spice eggnog instead of cinnamon because my husband doesn't care for cinnamon (seriously guys, he is really this picky) but kept everything else the same and the were a huge hit with my entire family! The only complaint I had was that the cupcakes REALLY stuck to the cupcake paper. You had to pry them out very very carefully. This could have been the paper I used, IDK, but the flavors were bangin' and I will definitely make them again. Thanks for the recipe!!

What kind of liners did you use, Logan? And yes... it may have been the liners causing them to stick because I didn't have that problem when I made them. Next time, use a fork and scrape out all the goodness. hehe :) Happy Baking! And I'm so super glad you liked this recipe!

Love your blog!! I was wondering, what would you suggest we substitute the whiskey for to get a non alcohol version?

In the frosting, you could sub vanilla! There is no sub in the cake part... it's what makes the cupcakes so amazing! The alcohol will cook off while baking. Happy Baking!

Thank you for the reply. May you and your family have a very blessed Christmas. Debbie

Sorry but that was suppose to be your instead of you. Tasted after Maple Crown should have been left out. Sorry about that.

Betsy I truly enjoy using you cupcake recipes they're great. Have had compliments on each one I have made. I do have a question on the above cupcake as did another person. I have looked every where for the Cinnamon Eggnog. So I can use the regular eggnog and add the 1/4 teaspoon cinnamon to the flour? What about the frosting just add some extra cinnamon and if so how much? Oh by the way the Maple Crown I used tasted in the Crown cupcakes tasted wonderful.