Lots of big birthdays lately… last week was the little brother’s 13th birthday! 13 people, 13 years old! It’s bananas and sort of makes me want to cry on the inside (maybe on the outside too, lol shhh)… 13 is kind of a big deal, huh?

We had an amazing birthday dinner for him at Indochine in downtown Tacoma, one of our fav places, ever!  We were able to reserve the pagoda table in the restaurant, which was super awesome.  I didn’t bring cupcakes to dinner, but I wanted to make sure that he had something really special over the weekend-just for him :) Enter, Reese’s PB cupcakes.  They. Are. Delish.

The batter was really really thick, almost stressed me out a little bit (kind of like when batter is really watery) but I went with the flow and amen to that, because this chocolate cake is ummm, something to write home about.  We love it…. I’m already dreaming up some different combos that would work really well with the cake (I see some chocolate & strawberry cupcakes in our future very soon).  I’m not a huge chocolate fan, I know, I know… It’s a crime against life… but I LOVE ME SOME REESE’S (actually just the mini reese’s, they’re the best lol). LOVE. So does the little brother!

These are similar to Betsy’s PB Ball Cupcakes or the Reese’s Cake that she made for daughter’s bday last year… as you can see, we heart the PB & Chocolate combo around here :) Instead of using PB balls in the cupcakes, I just put an un-wrapped mini reese’s in the cupcake liner before adding the batter, which ended up being a fun little surprise and then adding 1/2 a reese’s as garnish for the cupcakes.  The PB buttercream is pretty basic, nothing fancy… butter, cream cheese, creamy PB, powdered sugar and milk (as needed).

I know that there are a ton of chocolate cake recipes out there, actually even here on the blog but a lot recipes call for some type of oil and I didn’t have any on hand, but we always have sour cream so this recipe was perfect for me in more than 1 way :) You’re welcome to use your favorite chocolate cake for this recipe and if you have one, your favorite PB buttercream… really you just want to add those mini reese’s for the finishing touch :) 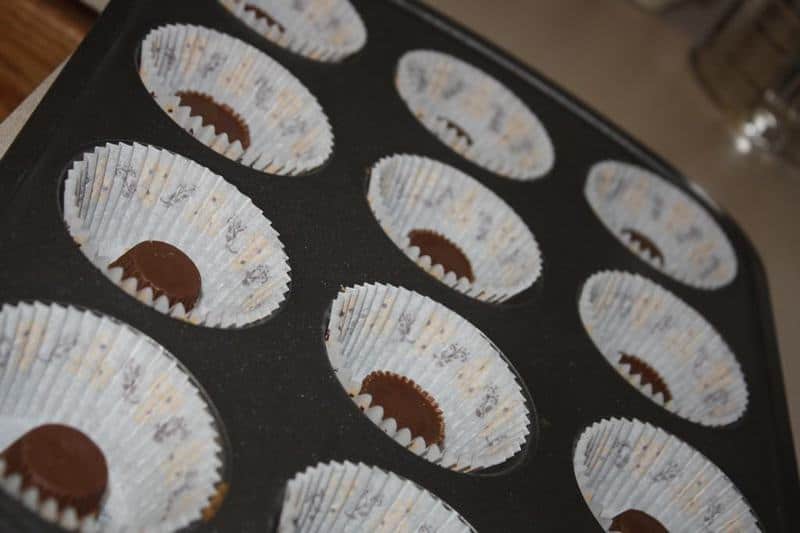 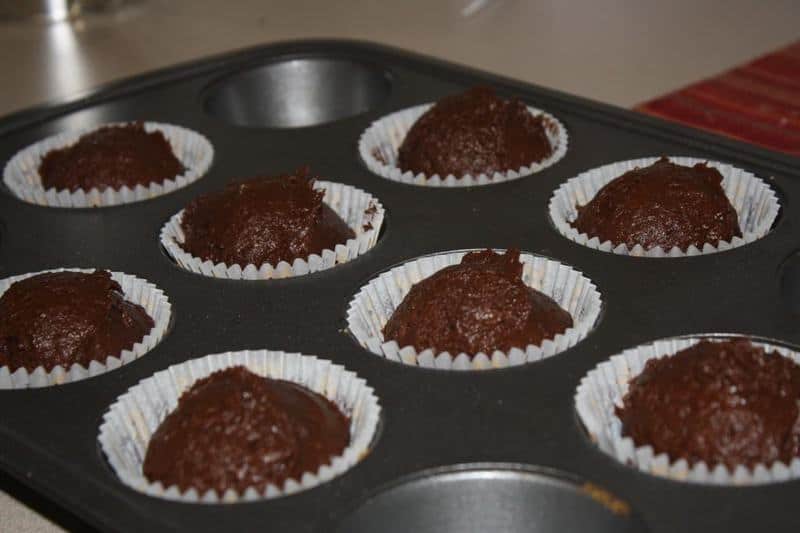 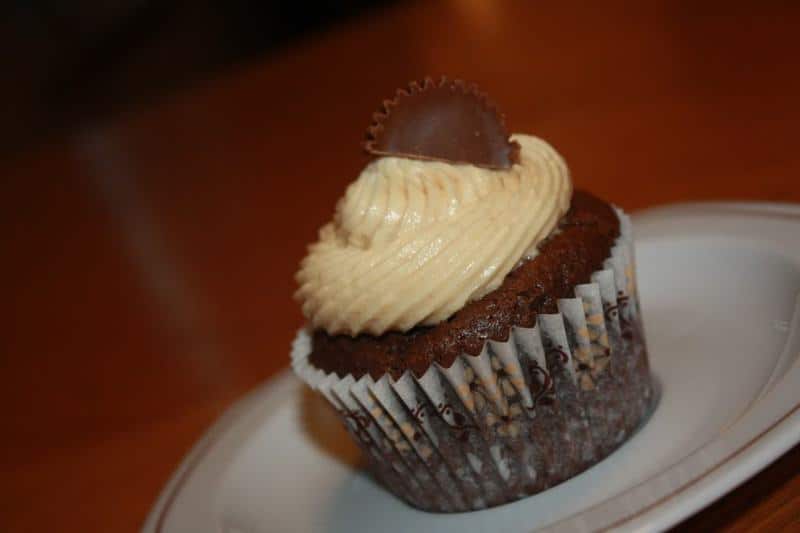 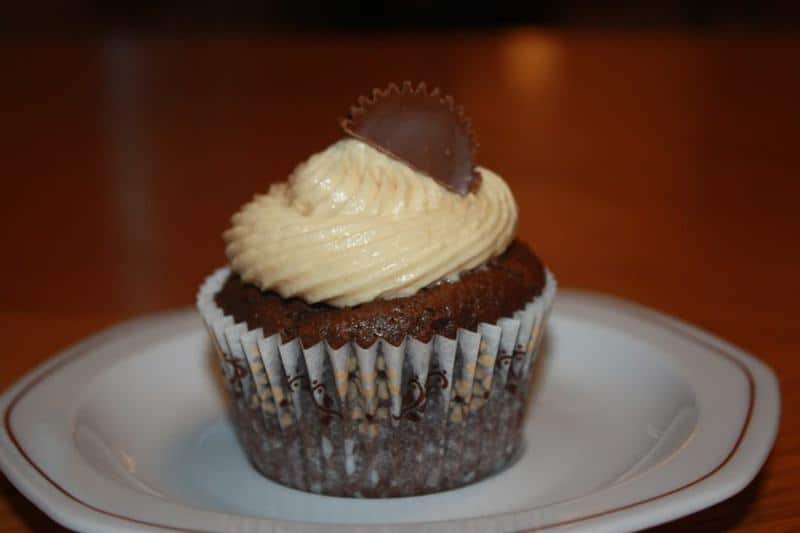 Ps. They’re a little hard to see, but these are the cupcake liners that I used… from Bake it Pretty (of course).   Happy allllmossst Friday! ;)