This is going to be a short post… I just wanted to quickly share with you the biggest, most elaborate display I have made for an order!  My husband’s boss ordered cupcakes from me for their daughters 7th birthday party and they are HUGE Green Bay Packers fans and wanted everything to be Packers themed!

Here’s what I came up with… 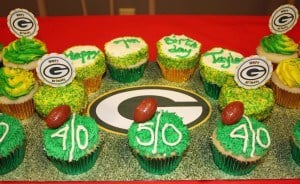 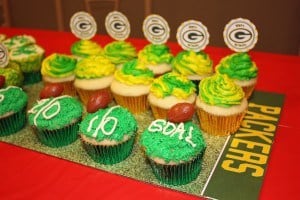 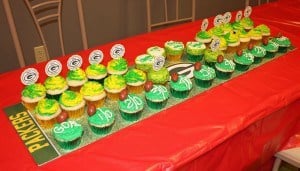 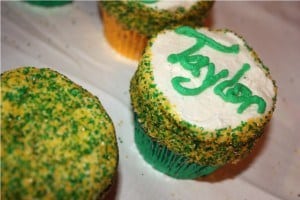 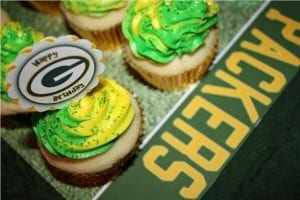 The recipe I’ve used for these cupcakes I’ve made before… but this time, I spiced things up a bit with the milk and vanilla.  I really think that steeping the milk in the vanilla bean and adding it warm to the batter and buttercream make such a HUGE difference in the outcome!!!  So here’s the updated recipe for you!

I have checked your page and i've found some duplicate content, that's why you don't rank high in google, but there is a tool that can help you to create 100% unique content, search for; boorfe's tips unlimited content

How do I get half the green on one side and half the yellow on the other for the icing?

Kim, You color your frosting the two colors you want. Then you scoop one color into one side of a piping bag. Scoop the second color into the other side of the piping bag. Gently squeeze until the color comes out. Don't squeeze too hard or the colors will blend together!