Last weekend I went to IKEA and as we were leaving I realized… SHOOT, there’s a Cupcake shop near by that I haven’t been to yet!  So, my husband and I  pulled up the navigation on my phone and off we went to Common Ground Cupcakes! 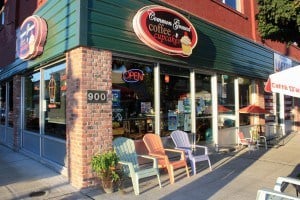 Inside this shop you’ll find an urban style coffee shop with art on the walls… and yes, the art does have cupcakes on it too!! There were people on their laptops, sipping their coffee and munching on their cupcakes. 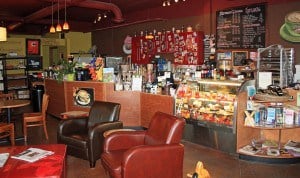 We picked out two cupcakes, Purple Carrot and Mint Buttercream. 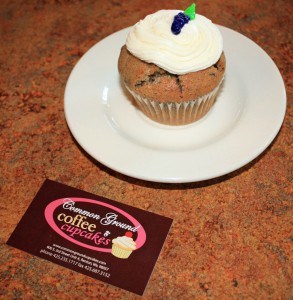 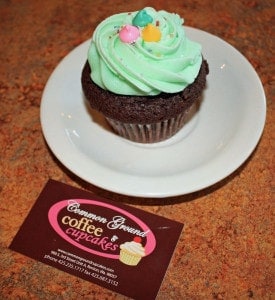 The Purple Carrot was made with ingredients from their local farmers market including ginger and cinnamon.   Let me tell you… I’m not a fan of carrot cake…. but this cupcake was HEAVEN!  The spices were a perfect pairing with the purple carrots!  It’s a MUST TRY if you’re in Renton!

The Mint Buttercream…. it was good.  Wasn’t as exciting as the carrot though.  Maybe it was the end of the day, but I found the chocolate cupcake a bit dry and the buttercream a bit ordinary.  Nothing really stood out as being, OH MY GOSH AMAZING.

We chose not to try others because they were mainly vanilla or a chocolate base with a flavored buttercream on top.  And, since I wasn’t too impressed with the mint buttercream cupcake, I didn’t want to chance the rest.

Here are a few others in their case. 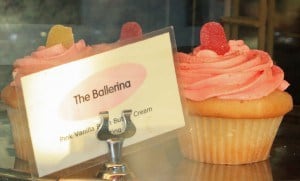 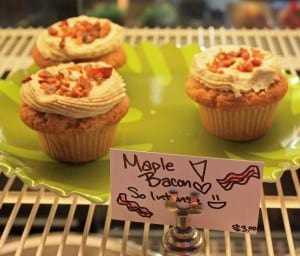 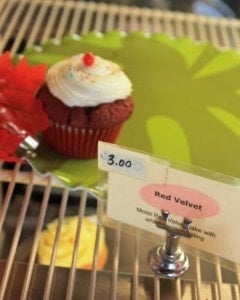 All in all though… I think if you’re in Renton and have a sweet tooth for cupcakes, this shop will fulfill that craving!