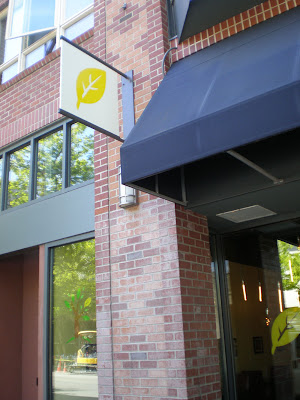 A week or so ago, I blogged about the opening of a new cupcake shop in the Belltown neighborhood of Seattle, WA called The Yellow Leaf Cupcake Co. My husband, daughter and I went to visit that shop on Saturday to sample the much anticipated cupcakes!

The Yellow Leaf isn’t hard to find, right off a main street just north of downtown Seattle, the shop has a prime location for business and pedestrians. 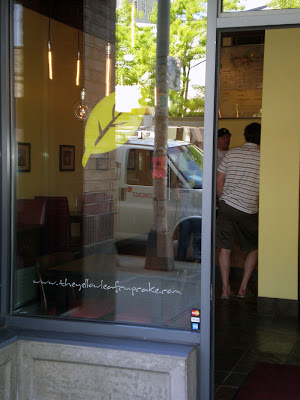 As I entered the cupcakery, my first thought was how small the space was. Being a coffee/tea shop also, I was expecting to see more room for people to comfortably sit, eat and drink their yummies. There were 3 or four tables with a few chairs in the front area which was also the lobby/ordering area. Not much room to move around, but it was still cozy. The colors of the shop were warm browns, yellows, tans. It was a cute, quaint cupcake shop.

I was greeted at the counter by a man who I assumed to be the owner. He knew all the details about all the cupcakes and was very excited to share them with me. He had out several selections of cupcakes behind the glass that included Tomato Soup, Orange, Black Forest Cake, and Vanilla. 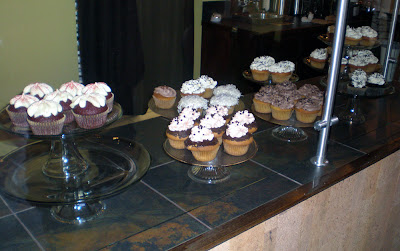 I was at The Yellow Leaf with my husband and my daughter, so we picked out four cupcakes we wanted to try and share. We chose Tomato Soup, Orange with chocolate ganache and orange frosting, Black Forest Cake with raspberry and frosting, and a basic Vanilla with Vanilla frosting. They were served on a big white leaf shaped plate! 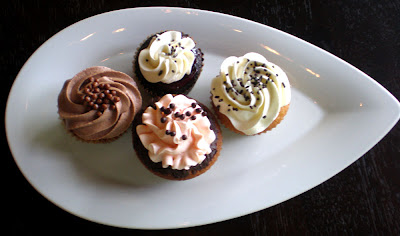 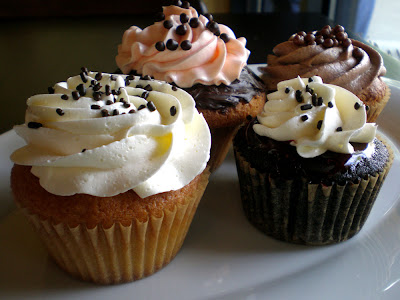 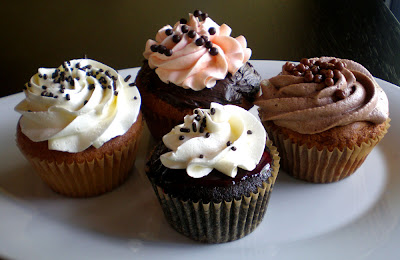 My husbands choice was the Tomato Soup. Although it didn’t exactly taste like tomato soup, it did have a nice spiced flavor to it. The frosting was creamy and full of flavor also. He said he liked it because it was different from your average cupcake. 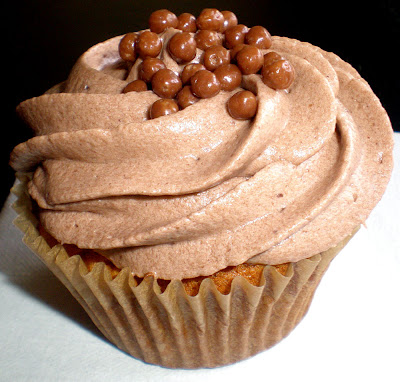 My daughter had the orange cupcake with the chocolate ganache. She loved this one. The orange flavor wasn’t too overpowering and the chocolate added an extra explosion of flavor. 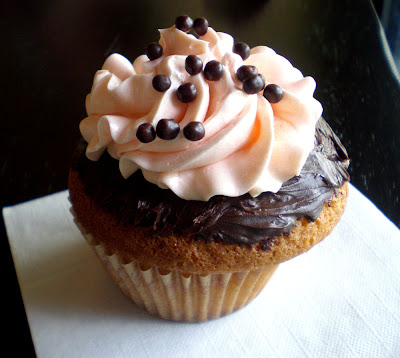 I had the Black Forest Cake with cherries. This cupcake was the smallest of the bunch, the owner added the disclaimer when we ordered it that even though it was the smallest it was the densest. He was right! It was super dense and had an amazing chocolate flavor. The cherries and frosting were a perfect pairing with the chocolate. This cupcake was my favorite of the four. 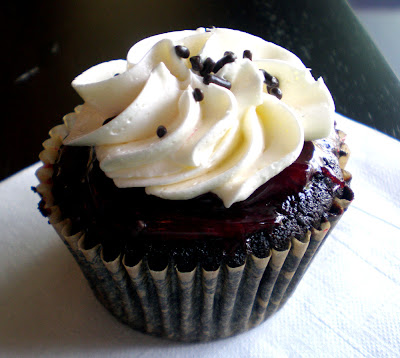 Lastly, we shared a vanilla cupcake with vanilla frosting. This was my husbands favorite. He said the basic flavors were really done well and the cupcake just tasted good. 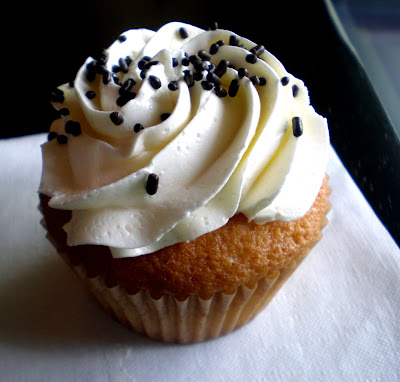 Over all, the cupcakes were good. But I do have a couple of complaints about the cupcakes. The cupcakes were over cooked and very dry (with the exception of the dense Black Forest) and were brown around the edges and crumbled/fell apart when we ate them. I chatted with a few women who were also trying The Yellow Leaf for the first time and they commented too how dry the cupcakes were.

For being a new cupcake shop, The Yellow Leaf has a lot to offer! Great location, variety and unique cupcake flavors, and a superbly friendly staff. I look forward to seeing how this shop grows and perfects their cupcakes!

I think I love cupcakes as much as you do - can we be friends!

Just read all the posts - gained 10 pounds and still no closer to choosing a flavour!

I am visiting from SITS and am now slipping into a diabetic coma! Everything looks so good!!!!Peace,Kwww.strawberryseeds.net

congrats on your SITS day! I just love all the photos and boy does it sure make me hungry though!!!

So pretty. My most famous cupcake shop to date would be the Sprinkles place in LA. So divine.