Last month I had the privilege of making the US Army Birthday Cake for their 241st birthday party hosted by the USO Warrior & Family Center at Fort Belvoir, VA! 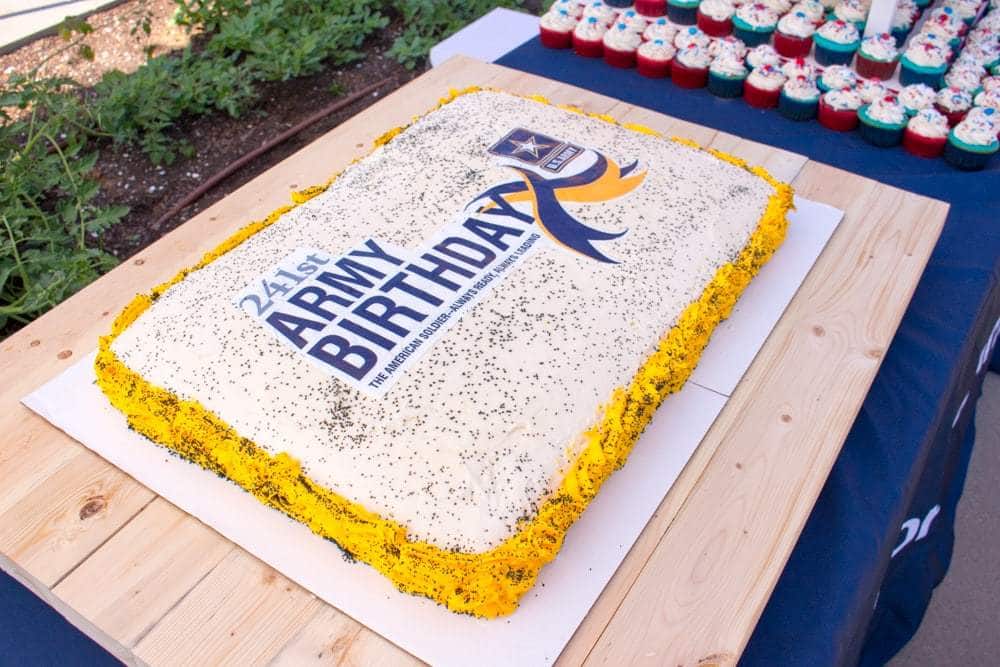 When the USO Warrior & Family Center at Fort Belvoir asked me if I’d be willing to make the birthday cake for the Army’s 24th birthday party, you don’t say no… even if you’ve never made a sheet cake before!

It’s not like I’ve never made a cake before, so I thought a sheet cake wouldn’t be too difficult.  I ordered an edible image from a vendor on ETSY of the official US Army birthday logo and bought supplies in yellow and black to match the Army colors! 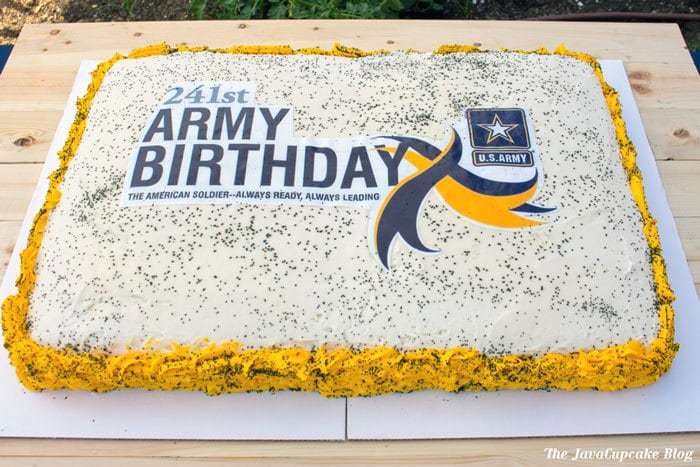 If I were to do it again, I’d cut the image square and pipe a frosting border around it so it didn’t stick out as much against the frosting.  Also, I probably wouldn’t put the black sugar crystals on it because with the heat they ended up melting and just looking messy.

However, I was the only one who seemed to notice these things and everyone else raved at how awesome the cake was! 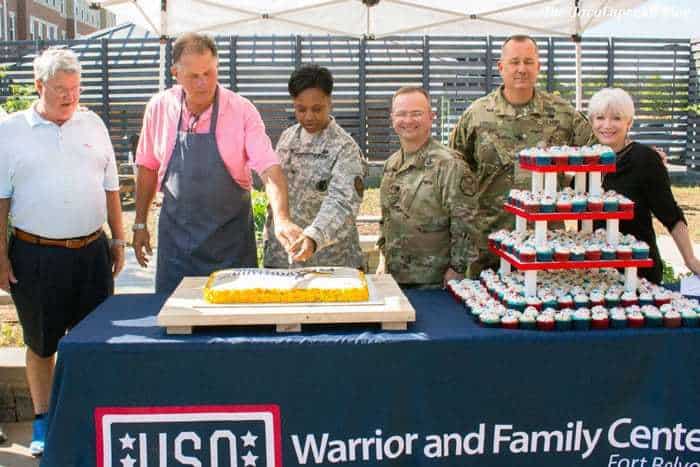 The Fort Belvoir Garrison Commander and her staff were on hand to celebrate the Army’s birthday and to officially cut the cake along with the President of the USO Metro and the owners of the Montgomery Inn Boathouse Restaurant from Cincinnati, OH.

The cake itself was dark chocolate cake on the bottom and classic white cake on top with fresh raspberry filling all covered in whipped cream buttercream frosting.  It was a HUGE hit and honestly one of my favorite tasting cakes I’ve ever made! 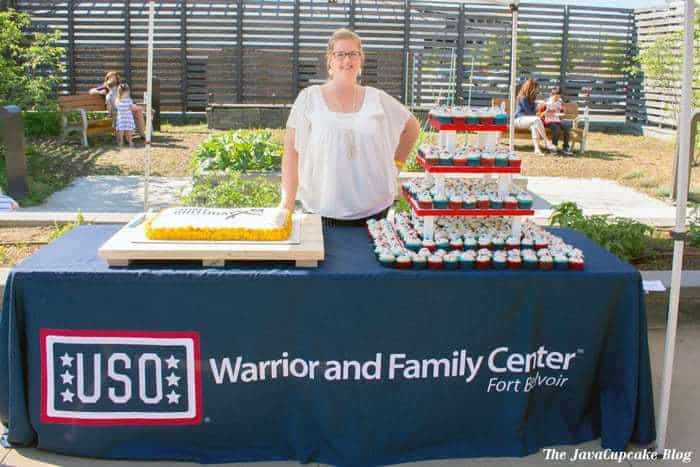 I also made 300 red, white and blue cupcakes for the party, but I already shared the details of those a couple of weeks ago.

It came as a complete surprise to me, but about half way through the event, the President of USO Metro and the owner of the Montgomery Inn Boathouse Restaurant presented me with a certificate of appreciation for all my time and work serving the military members of our community. 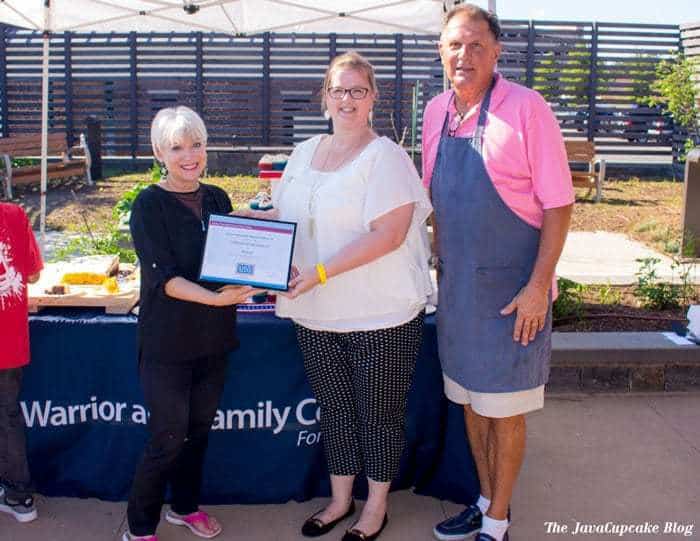 It has always been my honor and complete pleasure to serve the military community, especially at the USO.  The USO has done so much for my family over the years that it’s the least I can do to give back to them and our community.

If you’re in the military and are close to Washington DC, I highly recommend checking out the USO.  They are a great resource for the community and have so many amazing activities for service members and families!

oh my gosh, how great does that cake look and what an honor to bake for that ceremony, and as long as I have followed you, I have seen nothing but you always giving to the military, thank you for always representing and giving to the military, your time, your husband and your life basically....wives need thanking also, not just our soldiers, wives take on so much more when they are a military wife....you are awesome....and I was so proud for you when I saw this post....awesome betsy.......

Congratulations on your new job and on a great looking cake! Can't wait to hear all about your new adventures at Dog Tag Bakery!

Thanks Jenifer!!! xxoo <3 I wrote a recap of the first week at the bakery, you can check it out here: https://javacupcake.com/2016/07/dog-tag-inc-fellowship-program-week-1/