Usually my blog is reserved for happy posts about baking, crafting and travel.  Today, I’m taking a moment to talk about something more serious… the impact a decade of war has had on me. 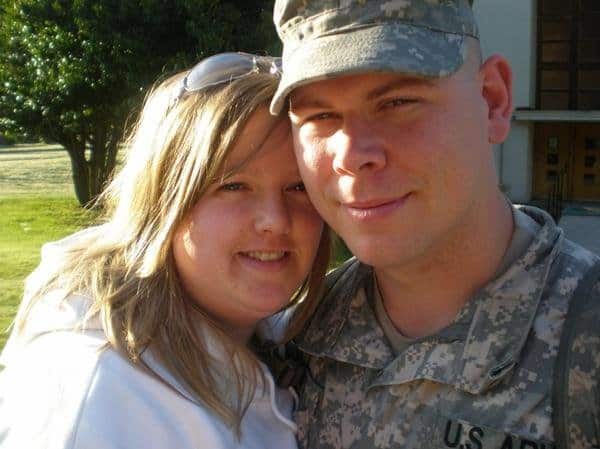 Living with a Wounded Warrior who suffers from combat related PTSD, major depressive disorder, and chronic pain is no walk in the park. In fact, it’s the hardest thing I’ve ever had to do.

I try my hardest to make things look like everything is fine… to make it seem from the outside that I’m handling it all and that my husband is doing better. However, that is all a lie. 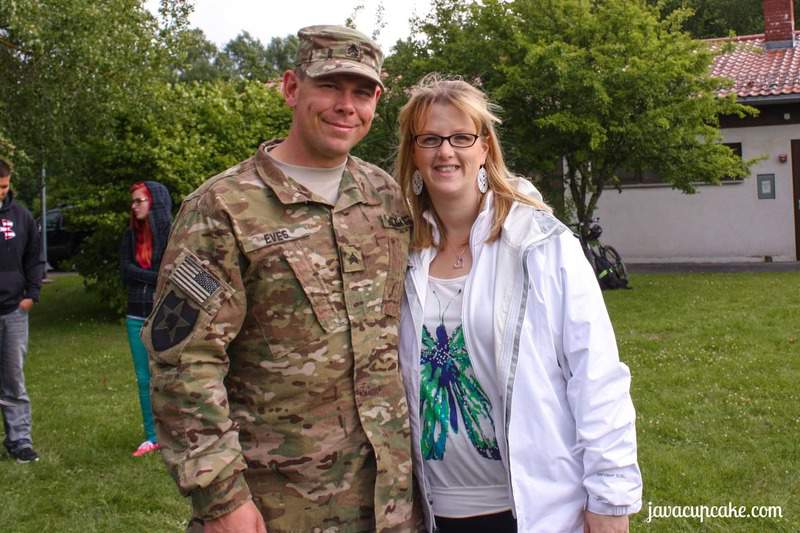 I lost my husband 2 years ago (read about that here)… shortly after he returned from his third combat tour in the middle east. What I mean by lost is that he is no longer the man I married. What 8 years of war stripped out of him is irreplaceable. Now, only a shadow of the kind, caring, funny man I once adored remains.  I don’t blame my husband for how he is today… I know it is not his fault.  However I am struggling with how to deal with the person he has become.

Because of his PTSD, the man I live with now thinks only of himself and never goes out of his way to even do the basic duties of a husband and father.   It’s a symptom of his illness.  For example, when Dave first arrived in the USA and secured us housing he was to also get us beds with bedding along with food.  When we arrived after 18 hours of travel from Germany, Dave did not have a bed for Matty and none of us had blankets or pillows.  The cabinets had little to no food.   I had hoped and prayed that when we moved to the USA, things might be better.  They weren’t.  They were never the same… and in fact it has only gotten worse.

Now, my days are filled longing. Longing for a glimmer of the man I once followed around the world and gave up my whole world for. Longing to be touched, loved, and cared for like he once did. 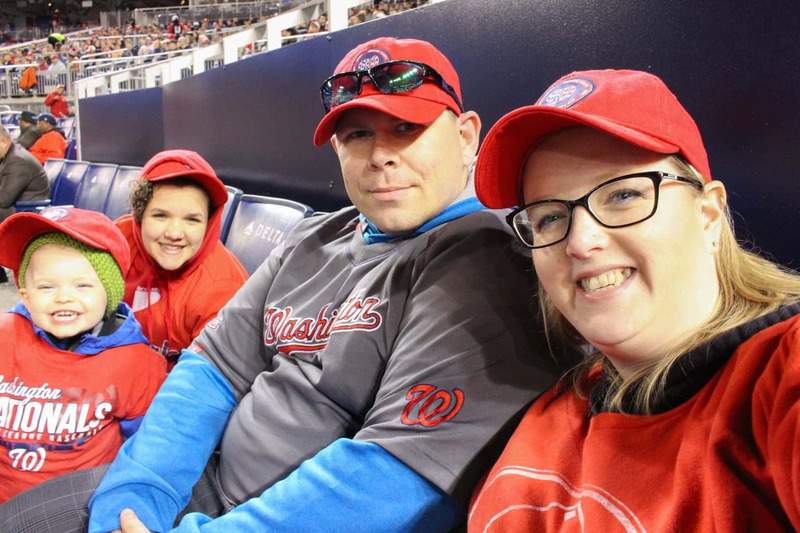 April 2016 – Everything looks happy from the outside, but really I’m miserable

Sometimes, I get lucky and that man appears… a few hours, a day or two… I am reminded of the love we shared. Until it’s gone again. Gone in the sorrow of depression. Gone in his inability to focus on anything or anyone other than himself.

I have to manage and regulate his pain medication. I have taken away all ability for him to spend money. I have to beg him to help with the children. And I am petrified to leave him home alone.

Last week I started the most exciting work/school opportunity I’ve had the chance to be a part of in 10 years. Last week, I nearly had a panic attack because I didn’t trust that the father of my children would be able to handle being alone with the kids. Not in fear that he would hurt them… but that he would sleep all day or ignore Matthew when he just wants Dave to play with him. Things he does even when I’m home… so I know he’ll do it when I’m not here.

I am sad for my son that he has begun to see that his father is not the man he used to be. Matty tells me that he only loves me and Sissy (Emily) and he doesn’t want to spend time with Daddy. It breaks my heart that he knows when he’s not being put first. 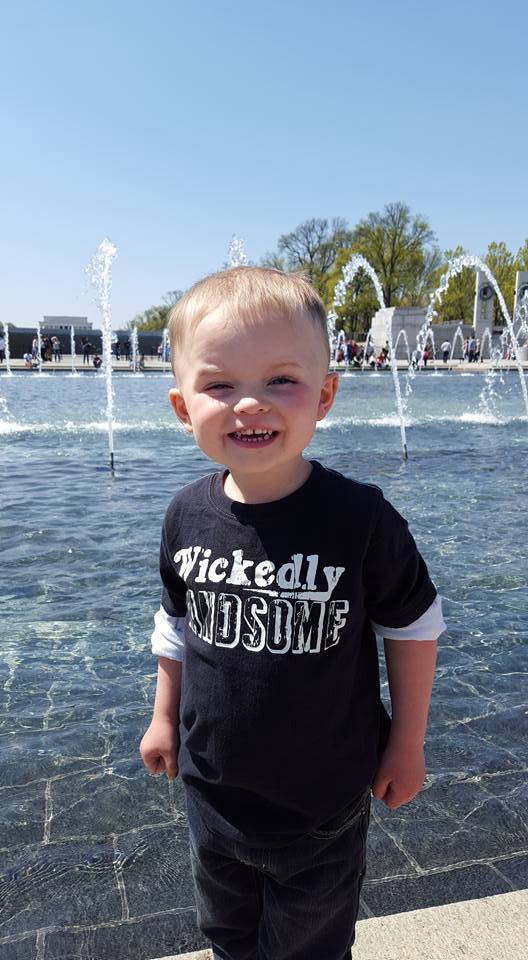 It feels as though I probably shouldn’t be “calling out” my husband on all his “faults”… “faults” that have been caused by the wounds of war. That I should keep these things private.  But the truth is… I am so tired of lying to the world.  I am so tired of making it seem like everything is okay.

Everything is not okay.  I’m hanging on to my family by a thread.  I feel like the weight of my husbands mental health rides on my shoulders.  I feel like if I crack… our whole life will come tumbling down.  I can not keep it inside of me anymore.  I need to let it all out… I need to write about.

A few other caregivers of wounded soldiers have mentioned to me on several occasions that I need to mourn the man I married and start adjusting to this new man.   The man he has become.  But my question is… what if I don’t like this new man?  What if this new man isn’t a good husband or a good father?  At what point can I leave?  Start a new life for myself and the children?  Or do I have to stay with him because leaving a wounded soldier isn’t “what’s right”?

Am I a horrible person for being at the verge of giving up?  I just don’t know how much more I can take… and I know I can’t keep silently pretending that my life is okay.   I am just so tired.  So tired of the ups and downs, the inconsistency, the pain.

When is enough, enough?

My heart goes out to you, Betsy. I know first-hand what you are going through, and especially how hard it is on a young family. Thank you for reaching out to me on my blog - https://awaywithherwords.com - where I write candidly about what it's like for our young family to live with a husband severely affected by PTSD. I am so saddened to read the unsupportive comments that have been left here - you have shown incredible strength in opening up and sharing your reality. It's not about looking for pity, it's about starting these conversations that have been swept under the carpet for far too long. So much can be gained just from connecting with others who are walking the same path as you, because no-one truly knows what it's like unless they're in it. Take care, and stay strong.

Dear Betsy, You've been on my mind since I got the notification of this post, knowing without reading it the challenges you are living with and through. No easy feat. I think of all your Dog Tag Bakery posts on Insta and am more in awe of your achievement there knowing that you were there each day in fear that Dave would not be living up to the responsibilities of being father and husband.

I am deeply sorry for the effects of war on Dave, how you no longer are with the partner you believed you'd be with for life. Shame on the military for not going beyond the call of duty (as Dave and others have done) in their continued care of your wounded warrior. And quadruple shame on those whose comments here were, well, judgmental and mean spirited. Being a care giver is hard, hard, hard. As is telling the truth. We live in a culture of looking good instead of being honest so good for you for breaking your silence and telling your truth. You are entitled to your voice and your reality.

It has been a month since this post and I hope that you no longer feel you are falling apart. Sometimes, though, falling apart is the only way to proceed. I know you are strong enough to pull yourself back together, whenever that is and however that looks.

Congrats on your successes, this one included.

with love and prayers, Deb

I'm so sorry to hear what you are going through. It's painful to feel like things may be beyond repair. It doesn't mean they can't get better, but for now it sounds like you're not feeling like it will. If you're not already, I would highly suggest you go into counseling by yourself. Maybe at some point couples counseling could help, but right now you need support to help you figure out what you want to do. I'm a social worker, so I am biased in favor of counseling!!! You may have already tried counseling, but if you felt it wasn't helpful, you may want to try a different therapist. A good one can be a life changer. My heart goes out to you and I'm so sorry you are dealing with this. Most people who have responded sound loving and supportive of you. I hope they help you feel you're not alone. Ignore the other ones!

I work as clerical support in the mental health and have had my oldest son in crisis and hospitalized because he was suicidal. I know how difficult it can be to live with someone who suffers with mental health issues. It's a difficult and sometimes long road and there still is no guarantee they'll be "fixed," it can be a lifelong struggle. You have expressed how you really feel and what your options may be and you know what, you need to do what feels right for you. I command you for putting yourself out there. You and your family have been through a lot and what your feeling is real and valid. I will recommend that you also seek services because it sounds like you may be going through depression yourself. It seems like your angry because you don't have the man you married. Anger, i don't know if you're having them, and anther outbursts are also signs of derision. Anxiety can be triggered because of the depression, too. I'll pray for you, doll. In the meantime, you try and hang in there. It may be that you're at the end of your rope but this is something that can pass or if push comes to shove, you can leave. No one needs to be anywhere they don't feel right. Of its something you feel you need to do, no one can or should fault you, it seems you tried somehow.

Ummm I'm not sure how you think talking shit about your husband on a blog is going to help you. If things are so bad with you and the man who provides you and your family with your income which buys you food, shelter, a car, the Internet and computer you use to talk smack, then leave him. By the sound of it, just by reading some of the stuff you post, you'd be doing him a favor. You're the stay at home mom, you go get food and beds and crap for your family. Is he supposed to do everything while you stuff your mouth with "Java cupcakes" and pound away at a keyboard? Sounds like the only thing your husband needs to overcome is his fear of leaving you. I'm sure there are plenty of patriotic women out there who would love to keep him company and build him up stronger instead of belittle him. Shame on you.

Oh Dennis. Your ignorance and judgement are radiating from the words you typed to me. Only I know the real truth and reality of my life, relationship and situation. My blog is my safe place, my haven, my little space in the world where I am free to share anything and everything I want. The ways in which sharing my feelings, the things I am afraid of, and my situation are completely up to my discretion. You, if you don't like it... have the same discretion to not read it and to stay away. Which is what I urge you to do instead of passing judgement on someone you know little to nothing about. I really hope you are able to open your heart and mind to the plights of others and then lend a helping hand, a caring shoulder, or a listening ear instead of the judgement you so badly tried to pass on me. Good luck to you and your life, Dennis.