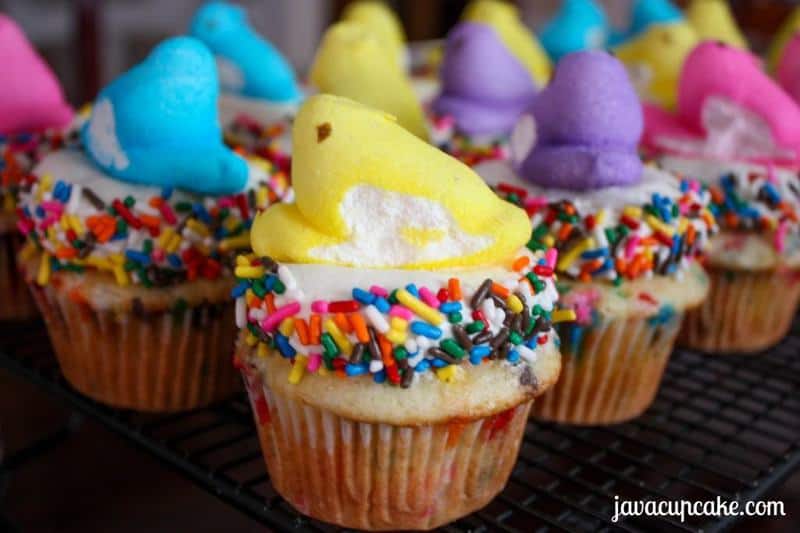 Yesterday was my son’s 1st birthday party and I’ve been super preoccupied with getting his Sesame Street cupcakes and all the food ready for that!  So… this morning, Easter, I knew I had to whip up something easy, but super cute for the party we are headed to this afternoon.  Luckily, my husband stepped up and offered to make them for me… and so here we have Dave’s Funfetti Peeps Cupcakes! 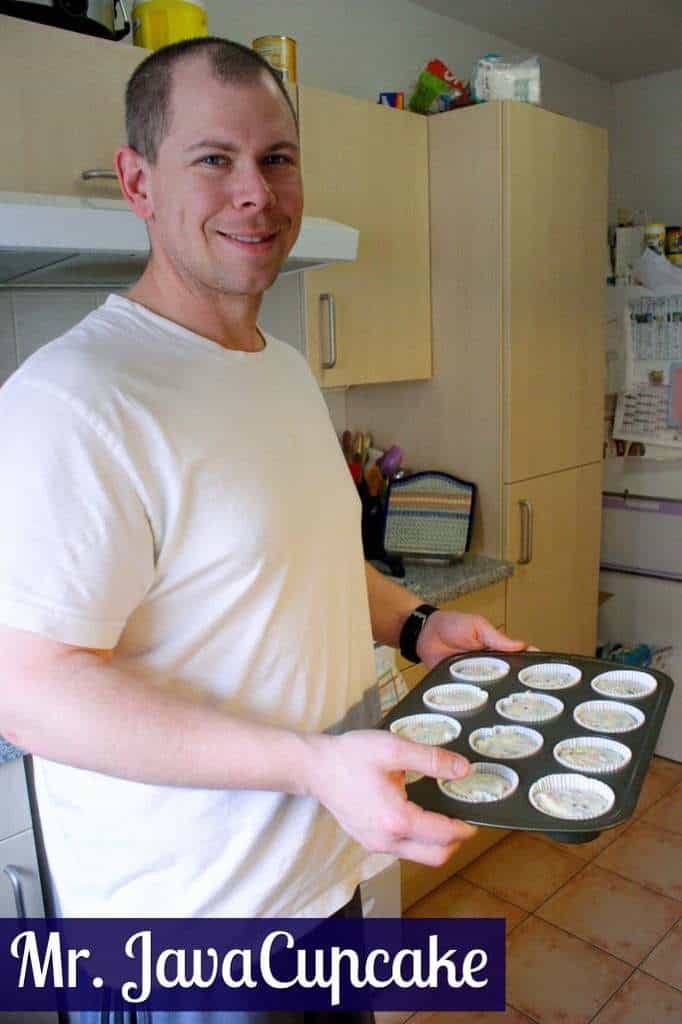 Since this was a last minute endeavor he used a box mix and doctored it up with sprinkles, homemade frosting and some super cute Peeps on top!  (I helped just a little bit with the frosting.  hehe)

From start to finish I think it took my husband about 90 minutes to make… super easy and sure to be loved by everyone at the party today!

I love funfetti and these are even more fun with the Peeps!

I LOVE that these are husband proof. And adorable to boot! Way to go Dave! Happy Easter to your sweet family.