I’ve never made a cheesecake before.  And, if I’m being honest here… I don’t really even like cheesecake.  I know.  I’m a CRAZY person for not liking cheesecake… but I just can’t get paste the cream cheese/sour flavor.  Yuck! 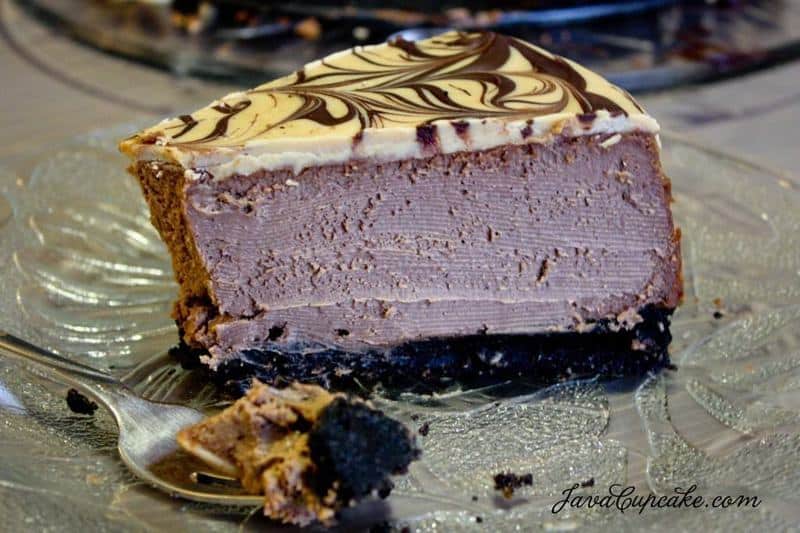 For our New Years Eve party with the neighbors, I wanted to make something special… but one of my neighbors doesn’t like cake (I call him CRAZY for not liking cake!) but he loves Reese’s!  So… how about a cheesecake!  And to make it even better, I’ll make it a peanut butter chocolate cheesecake! YESSSSS!!

Since I’ve never made one before, I needed to find a recipe.   Surprisingly enough, there weren’t many peanut butter chocolate cheesecake recipes to choose from on the web that looked 1)simple and 2)super delicious.  I finally decided to start with a recipe from Bake or Break and change it up a little to add a some JavaCupcake flair! 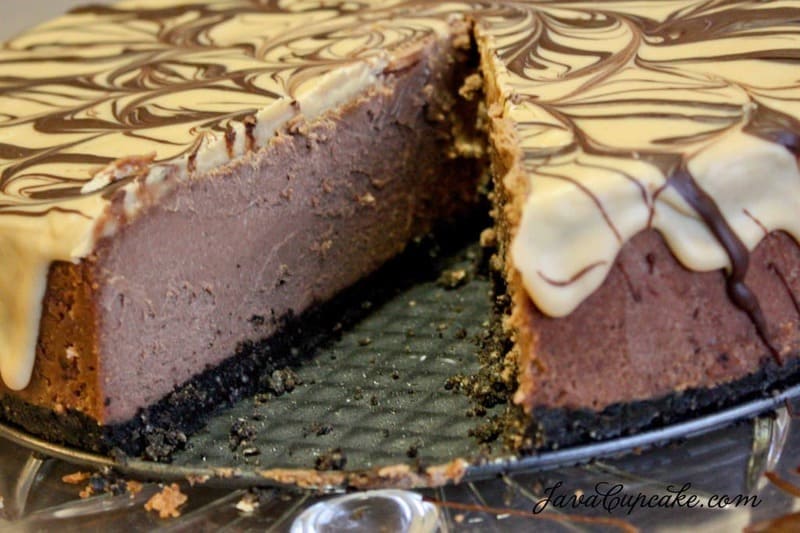 Overall, this was a rich, creamy super full of flavor cheesecake where I just savored every bite!  I loved the crust and the layer of peanut butter and chocolate on top was perfect! 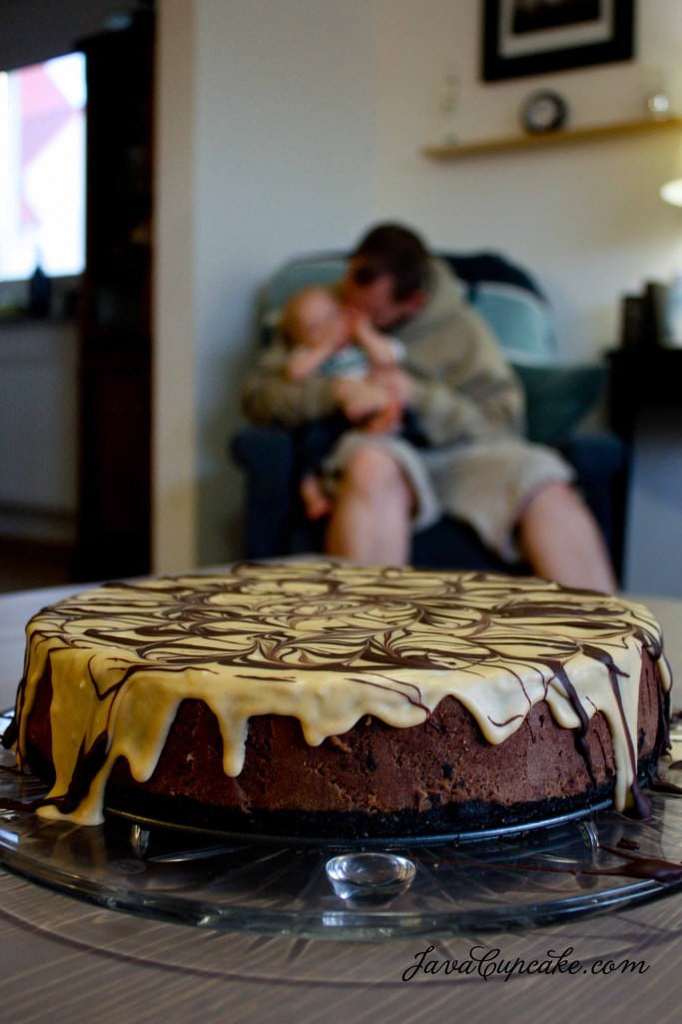 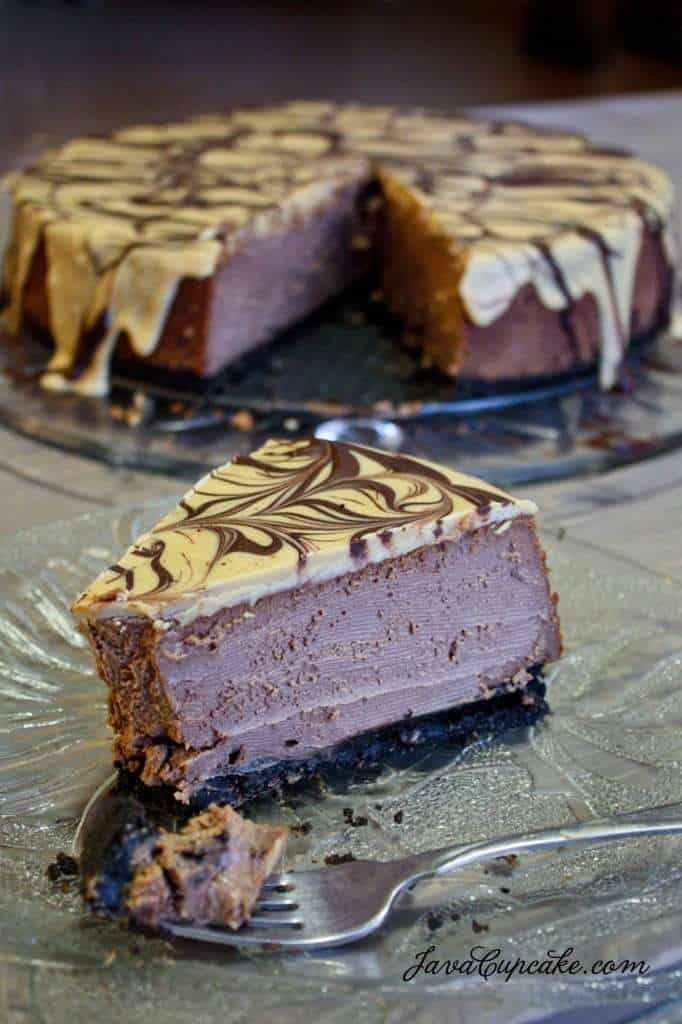 Great to know it will bake at different temps and still come out great!! Thank you, Linda!! xxoo

Looks like a great recipe, but after reading the ingredients, I think the sour cream measurement is misprinted. If you use 8oz. of sour cream, then you would use 1 cup of sour cream, not 1/2 cup, which would be 4oz.

Thanks for your feedback.

I love cheesecake, chocolate and peanut butter !!!!! Can't wait to make it!!!!

I don't even like cheesecake but this is gorgeous! I'm so excited I found you - I'm enjoying stalking your blog =)

Thanks Melissa! I feel the same! :)