I’ve never had Nutella before, seriously, not a lie.  But I’ve been told it’s fabulous. I’m pretty sure I’ve stayed away from it because I’ve been allergic to nuts my entire life.  People keep telling me I’m missing out, so I decided I needed to just take a spoon full, put it in my mouth & try it! 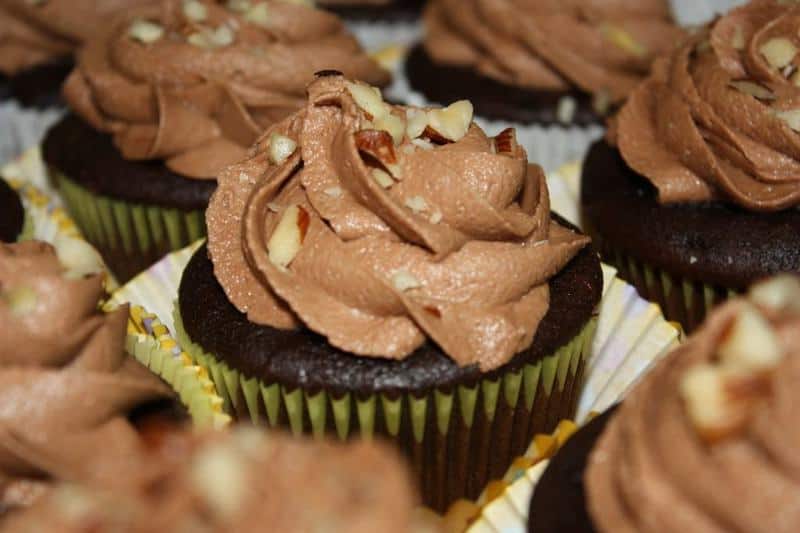 The verdict…. UHM YUM!  The cupcakes were a chocolate Nutella Cupcake which I filled with a simple vanilla pudding then topped with Nutella buttercream and chopped hazlenuts.  Some of the cupcakes I topped with a Nutella and peanut butter cream cheese frosting swirl.  Double yum. 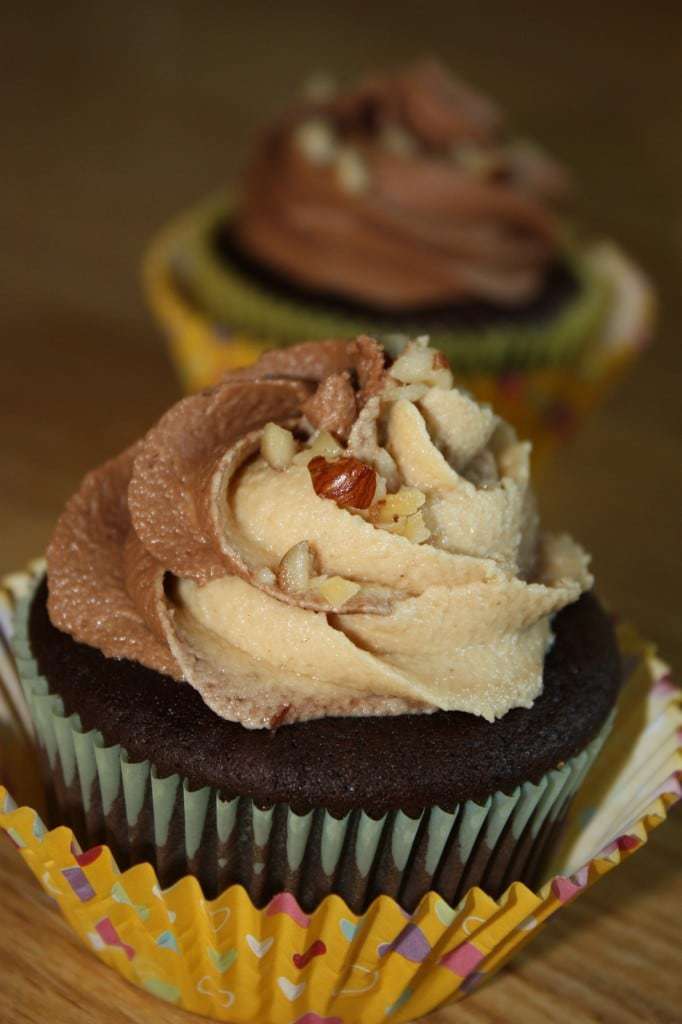 There were three things though about this recipe that I didn’t like.  1) The cake was a little dry.  Now, I think that was probably my fault.  I could have taken the cupcakes out a little sooner and they probably wouldn’t have been so dry.  2) Next time I’ll fill them with something different, like Nutella or a different banana mixture.  The banana pudding tasted good, but it soaked into the cupcake too much after a day or so and when you bit into it you didn’t really see a lot of the filling because it soaked into the cupcake.  Yummy, but not perfect like I wanted.  3) It made FIVE DOZEN cupcakes.  The place I got the recipe from said it made 3 dozen, but really, I got five.  So… if you need A LOT of cupcakes, this a good recipe to use.

The cupcakes got rave reviews though… so I’m sure next time I make I’ll use half the recipe and probably a different filling, straight Nutella.

*(I like a really sweet frosting, so only use about 1 1/2 cups of sugar for a less sweet frosting. You may also need to use less cream if you reduce the sugar)

*Tips & Tricks*
To make a swirl of Nutella and Peanut Butter frosting on your cupcakes, fill one side of your piping bag with Nutella and the other with peanut butter.  You’ll get a nice swirl of each flavor on top of your cake! Yum! 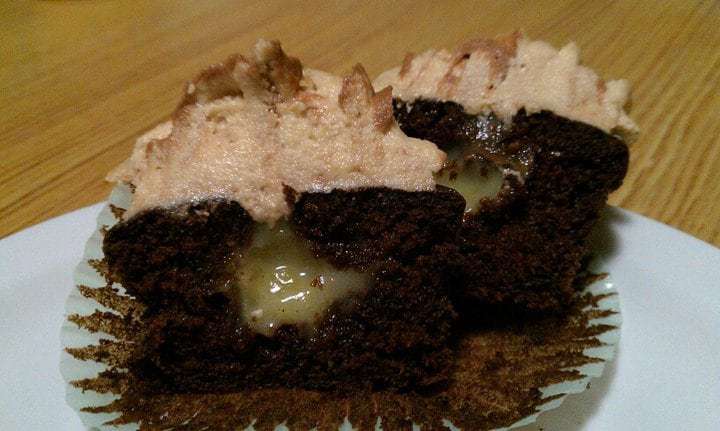 This is a great recipe!! I will have to make this at a family reunion!!!! Or maybe I'll make your strawberry lemonade cupcakes.