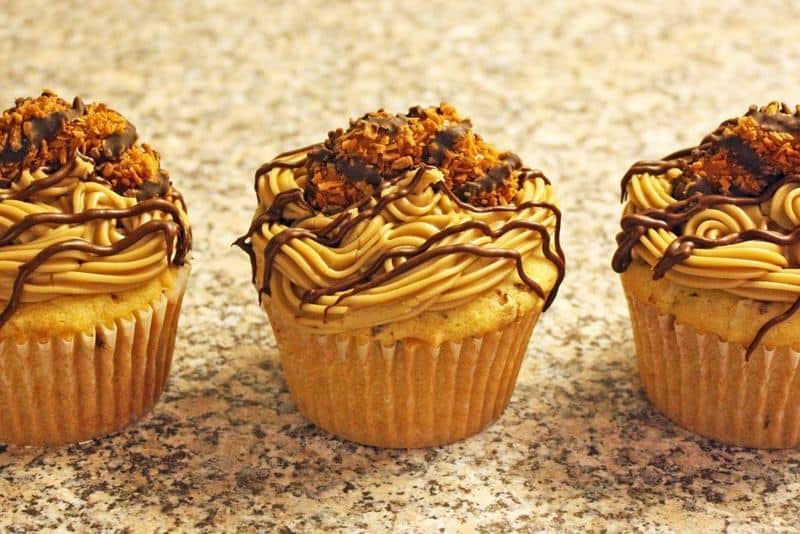 Several weeks ago I ordered many many boxes of Girl Scout cookies from my beautiful niece, Ashley.  Well… I’ve been holding on to those cookies until I had enough time to create the Cupcake made from one of the most popular GS cookies, the Samoa.  And you know what… I think I’ve done it.

Now, I’ve made a few cupcakes that were pretty damn good before… but these, well these cupcakes my friend are probably one of my BEST creations. 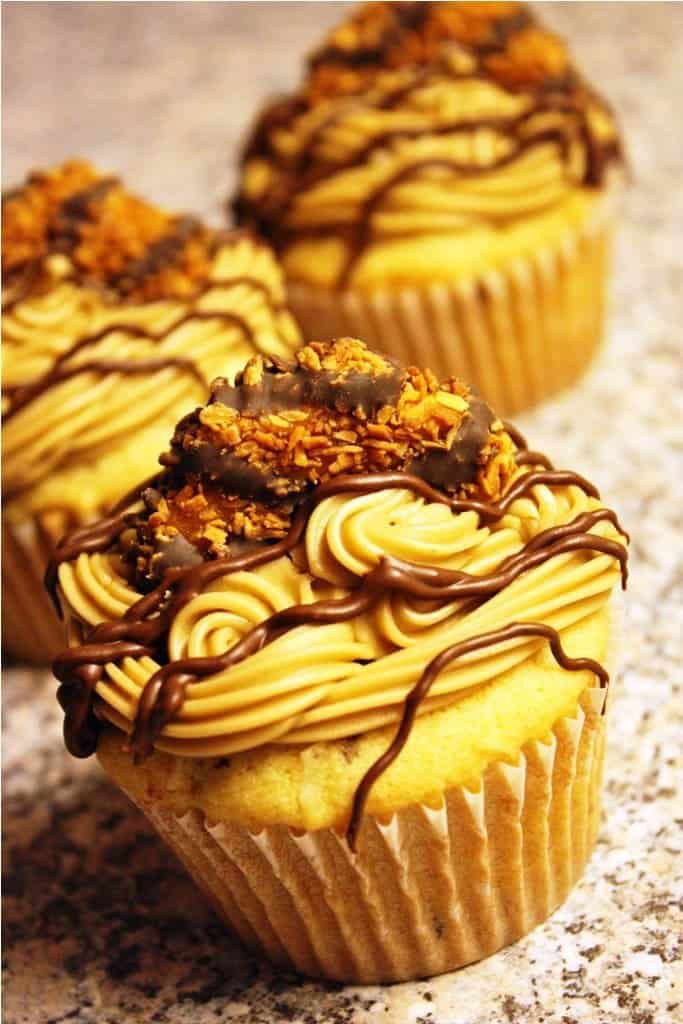 Now… before I go any further, I must take a moment to thank Rudy from Man Bakes Cake in helping me come up with the recipe for this cupcake. I was admiring his version of the cupcake and asked on his Facebook if he had a recipe. We exchanged a few emails in which he explained the basic process and ingredients for making his version of the Samoa cupcake. I took a few of his ideas and ran with it! I would have never thought to use one of the main ingredients in this recipe… coconut milk… but it really makes this cupcake AMAZING!

So thank you MAN BAKES CAKE for the inspiration and direction in making this cupcake! 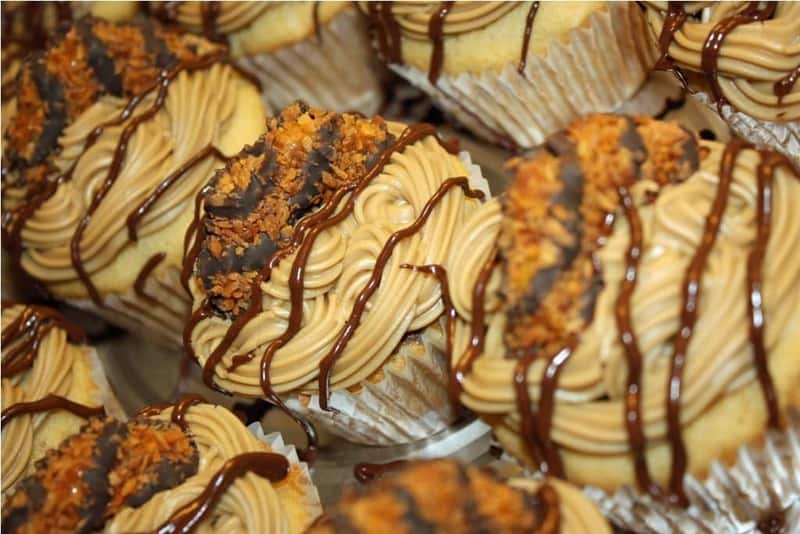 So let me tell you about this cupcake.  This Samoa cupcake starts with a brown sugar base.  Now, most cupcake recipes I use call for some kind of liquid to be added, usually milk, but for this cupcake we use coconut milk.  That combination of brown sugar and coconut make for a perfect Samoa flavor.  For some crunch and added flavor, I’ve mixed in an entire box of Samoa cookies and some coconut flakes into the batter.  The cupcake is topped with a caramel coconut frosting.

This frosting is also made with the coconut milk.  I guess you could say that coconut milk is the secret ingredient of this cupcake.  I’ve never worked with it before, but I’ll definitely be using it again when I need a rich coconut flavor.   The chocolate drizzle on top is just a semi-sweet chocolate, but it’s a perfect pairing with the caramel flavors and coconut.

So… I won’t keep you from the recipe any further!  Enjoy!

The frosting will still be warm when it's ready to be used. Make sure you're ready to frost your cupcakes as soon as the frosting is ready! Once it cools, it will set up and harden, making any piping or spreading more difficult to do.

Do you use 1 and 1/2 sticks of butter in the cupcakes and the rest in the frosting?

Hi ! I am in England. We don't have Girl Scouts or Samoa cookies. What can I use instead ?

Any coconut and chocolate cookie would do! :) Keebler makes a cookie that is similar to the Samoa!

When you're referring to Coconut Milk, are you talking about the kind you find in the dairy section or the canned kind?

Hi Stephanie - Great question! I used the canned coconut milk because it's really packed full of coconut flavor - BUT, you could use the milk from the dairy section if that's all that is available to you! :) Happy baking! Betsy

for the frosting i could not find coconut extract but bought some coconut flavor. the lady at store told me that it is much stronger, do you have any idea how much i should use? or i may be talking about the same thing you used. please reply

Start with 1/2 a tsp and go from there. You can always add more, but you can't take it away!

THANK YOU. These cupcakes are incredible! I made them recently and absolutely LOVED them!!

Awesome!!! I loooooove them too!! xoxo