I have to admit, I wasn’t too sure how I felt when I heard the news that Cinnabon was serving cupcakes. I was pretty happy that they had perfected the cinnamon roll because I have to restrain myself from buying every single one in their store when I am at the mall. 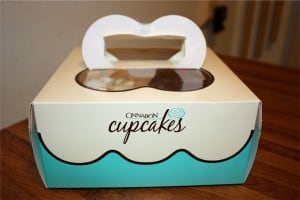 But really, cupcakes?  At Cinnabon?  I was certain that these would not taste as good as they looked on the stand behind the counter. 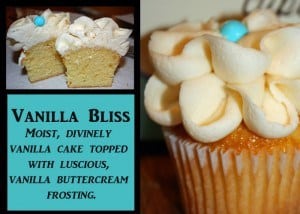 The Vanilla Bliss was my least favorite.  The cake part was slightly dry in comparison to the other three cupcakes which was it’s downfall for me.  The buttercream however was quite good.  My daughter thought they stole my recipe because she liked it so much. 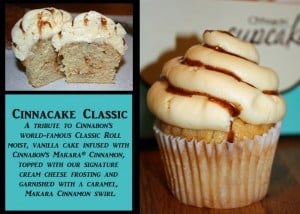 The Cinnacake Classic was a perfect signature cupcake for Cinnabon.  The cake had swirls of their cinnamon goodness in it and was incredibly moist.  The icing was the same icing they top their rolls with and the drizzle… well that was just heavenly.  This tasted so much like a traditional Cinnabon, I almost forgot that this was a cupcake and not a Cinnabon! This was by far my favorite out of all four cupcakes!!! 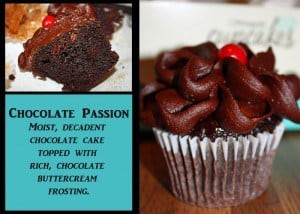 If you love chocolate then this is the cupcake for you! Chocolate Passion is the perfect name for this decadent cupcake.  It’s rich and creamy frosting was smooth and delicious and oh my goodness… it was like a chocolate orgasm in my mouth.  Yes, I said it…. a chocolate orgasm!! When I need a fix of chocolate… this is my new guilty pleasure! 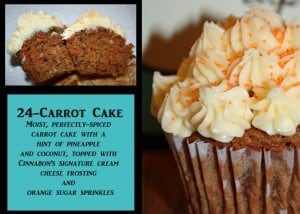 I’m not a fan of carrot cake to begin with, but the 24-Carrot Cake cupcake won me over with the first bite.  It was the first cupcake I took a bite out of and was definitely the biggest surprise in my mouth.  It was moist and full of flavor and the cream cheese frosting was a perfect pairing with it.  I was so surprised actually at how moist this cupcake was that it single handily changed my skeptical mind about Cinnabon cupcakes.  I was now a believer.

Final analysis, Cinnabon Cupcakes are CINNALICIOUS and I would definitely recommend them and eat them again.  They were moist and full of flavor and their buttercream icing was smooth and delicious.  A pleasant surprise in the world of cupcakes.

Reading this blog article makes me want to check out the Cinnabon cupcakes now!!!

I'm so happy you blogged about this! :) I actually went to Cinnabon like 2 weeks ago and just got a little cinnabon. Was nervous to try these but now I can't wait :)

Oh great, I'm glad!!! Let me know how you like the cupcakes!

Mmmmmmm good! I wish I had one now!! hhehehehe

Oh my, I can't wait to get some of these! The cinnacake one looks amazing.

so are the cinnabons in iraq going to start serving these here? thats what i really want to know.

I asked Cinnabon about this... International locations, including military bases, will have cupcakes by the end of 2010!