Fluffy, soft, and delicious are three words that my husband used to describe these Yeast Dinner Rolls. He also said they’re the best dinner rolls he’s ever had! 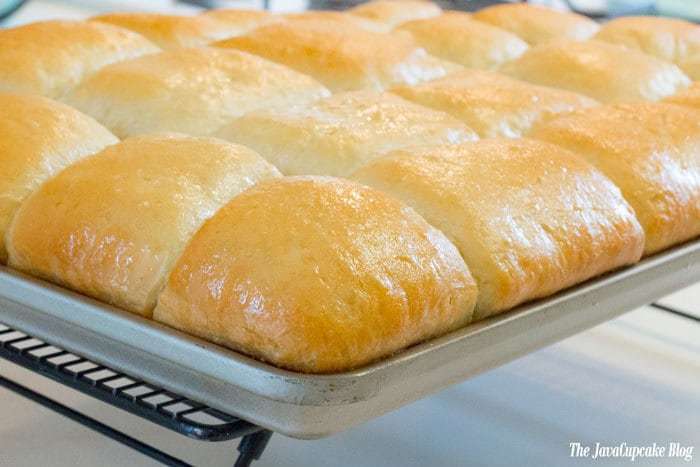 I had dinner at Golden Corral for the first time a few weeks ago and fell in love with their over-sized dinner rolls. If you’ve never been there, it’s an all you can eat buffet where you can pig out on everything that’s horribly bad for you yet so delicious.

Out of all the things I ate at GC, I went back for seconds (okay, thirds) for their yeast dinner rolls! 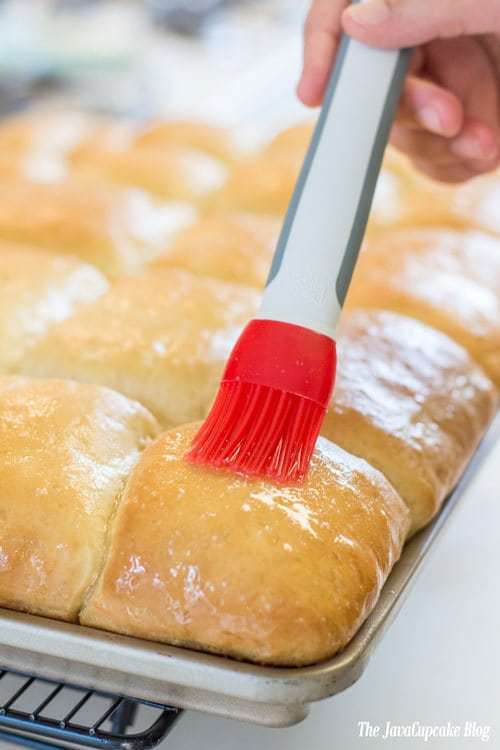 After eating enough dinner rolls for four people, I decided it was finally time for me to delve into the world of yeast once more. I’ve you’ve followed me for some time you’ll know that I am afraid of yeast.

Seriously. Almost every time I’ve tried to bake with it, I mess it up. So taking on yeast dinner rolls was no small undertaking! 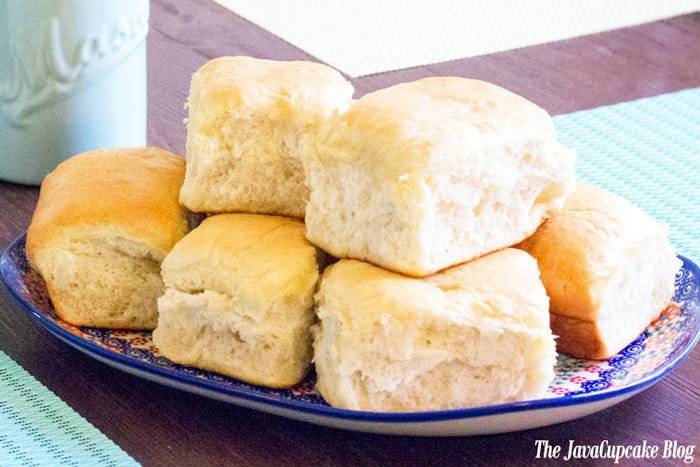 The most difficult part about the process of making these yeast dinner rolls was being patient.  Waiting for butter or milk to cool so it wasn’t too hot or waiting for the dough to rise.  I just wanted to hurry up and get it all done now!

Unfortunately, when making a good yeast dough, patience and time are two things that create a perfect result… not rushing! 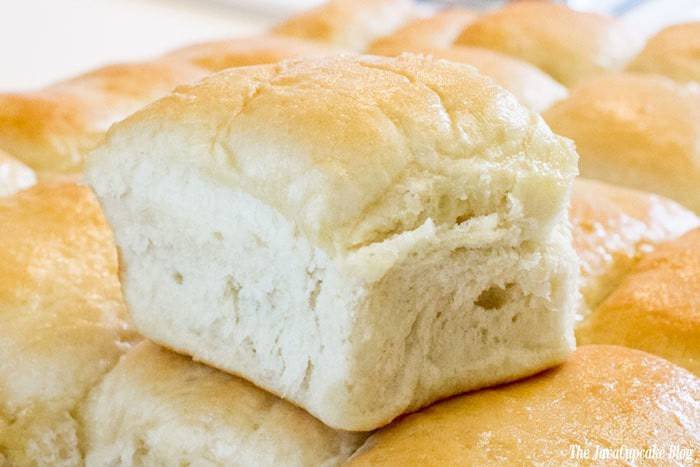 In the end, though, this dinner roll was so incredibly delicious and so light and fluffy I seriously could have consumed the entire tray of them on my own.

Well, I would have been able to if my husband didn’t eat them first.  Dave was so incredibly impressed that I made this bread that he made me promise I would make them again!

Of course, I will… just not today.

Recipe originally from 365 Days of Baking and More.

I'm having trouble picturing what you mean when you say "short side to short side"...so I'm going to take my rectangle and make it a square, basically? And about how long did you knead your dough in the mixer, just a ballpark? I'm not sure I would know smooth and satiny when I see it, just not enough experience. ;)

My mom used to make dinner rolls like these, but over the years she'd forgotten steps and her rolls started getting flatter and denser. I'm making rolls for the first time today, so I really, really appreciate the detail you've gone into for the recipe! I'll try it out, then try to figure out how to post a pic and review.

Wish I could post a pic... my yeast and milk mixture is little lumpy, and I'm waiting for it to get light and foamy... I think I already messed up. ????

Is the flour used all purpose or self rising?

For someone afraid of yeast, these rolls look amazing! I love how light and fluffy they look!!!

ohhhh these rolls are GORGEOUS-so fluffy and buttery!