There’s really no other way to describe these Guinness Bailey’s Biscoff Chocolate Cupcakes than by just calling them what they are… The Most Epic Cupcakes Ever! 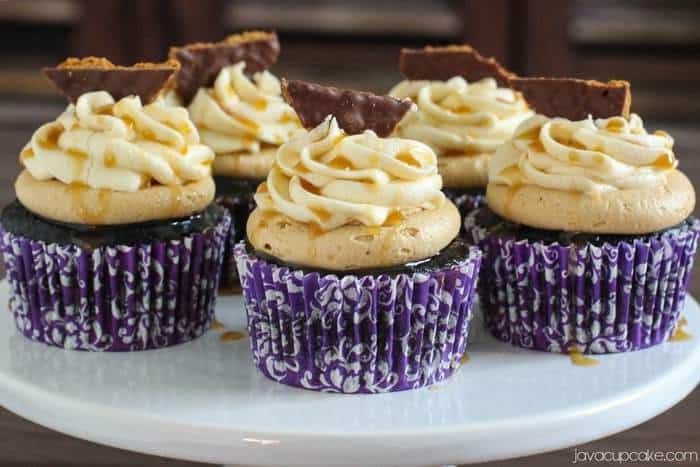 My friends Christy and Stefan live a few hours from away from us here in Germany.  Stefan and Dave went to basic training together 10 years ago and have been friends ever since.  Christy and I met in 2007 and have been Army family every since too!  They two of them came over for a Friday night BBQ and Christy insisted I make her cupcakes!  She’s been watching me make them for the last 6 years but hasn’t had a chance to try them since we haven’t lived close enough. 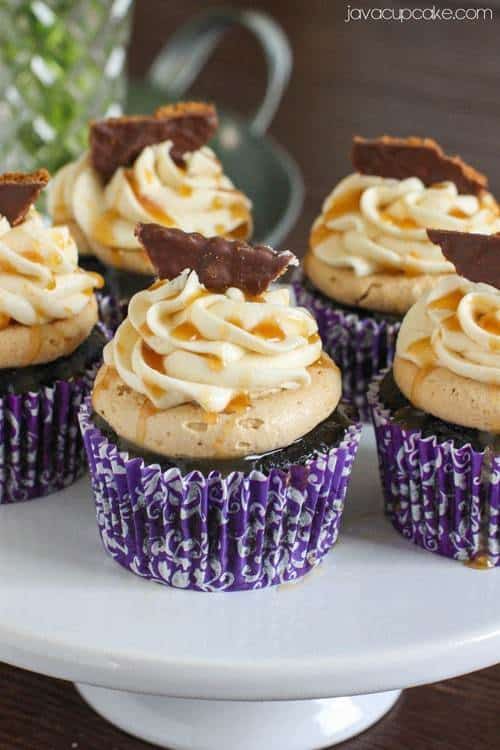 To mark this special occasion, I knew I needed to make something epic.  Seriously amazingly epic and fit for a couple of soldiers and indulgent enough to satisfy the wives.  So what did I decide on?

Yeah… it really can’t get much more indulgent and epic than that. 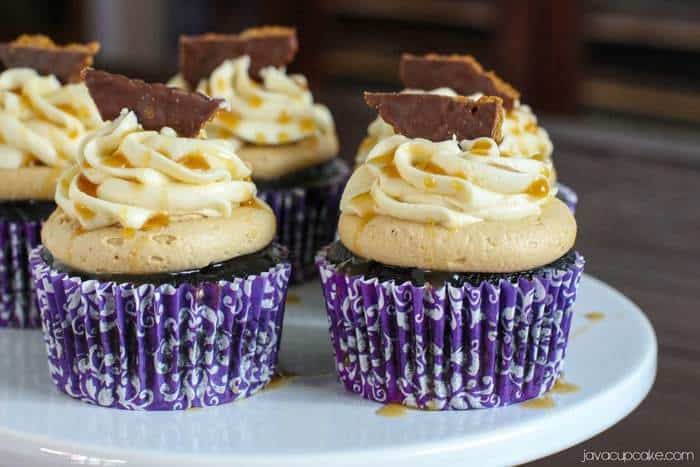 I started with my chocolate cupcake recipe but instead of coffee, I used a dark Guinness stout beer.  The beer flavor adds a richness and flavor that is so strong and decadent.  Chocolate and beer just go so perfectly together.  Topping these cupcakes is a swirl of Biscoff cookie butter frosting and a dollop of Bailey’s Irish Cream frosting and a hunk of a chocolate dipped Biscoff cookie. 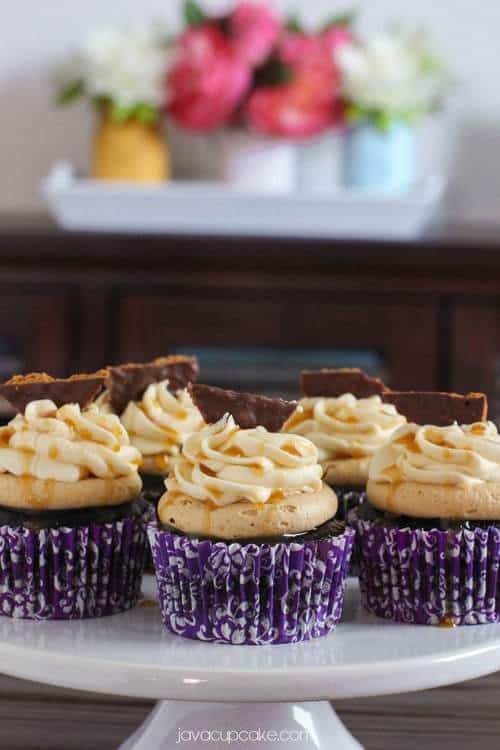 Most. Epic. Cupcakes. Ever.

I’m not lying.  Seriously.  If you need a cupcake that will WOW, IMPRESS and KNOCK THE SOCKS OFF your guests… make these cupcakes!

[…] Guinness Bailey’s Biscoff Chocolate Cupcakes are another delicious option you may enjoy instead.  Loaded with flavor, they have just enough alcohol in the background to add that special “kick” you want.   […]

If I were to leave out the beer - do I need to replace it with something else? or just leave it out? Thanks

I'd suggest a different recipe all together. The entire point of this cupcake is the alcohol.

my daughter is obsessed with cupcakes because of Papas Cupcakeria game and here I am looking for recipes for her... Absolutely love the Bailey’s Biscoff Chocolate Cupcakes. thank you

so much going on!