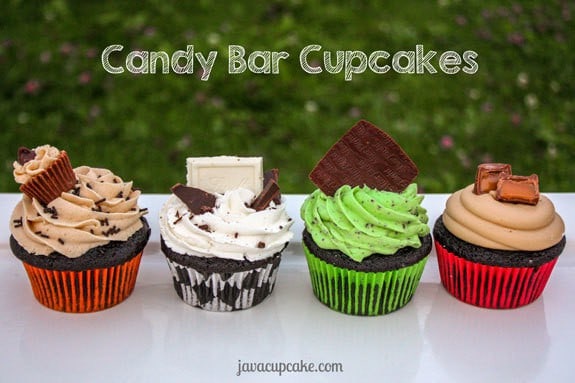 This past weekend I went to a  BBQ with some soldiers & families from my husband’s platoon… and of course, Dave asked me to make cupcakes.  I kept asking and asking what flavors he wanted and he couldn’t decide.  Apparently, I couldn’t decide either since I made candy bar cupcakes – 4 ways!

I used my favorite chocolate cake base and topped each one (and even filled a couple) with different flavors all inspired for 4 different candy bars.  Well, I guess they all aren’t technically candy bars, but you get what I mean. 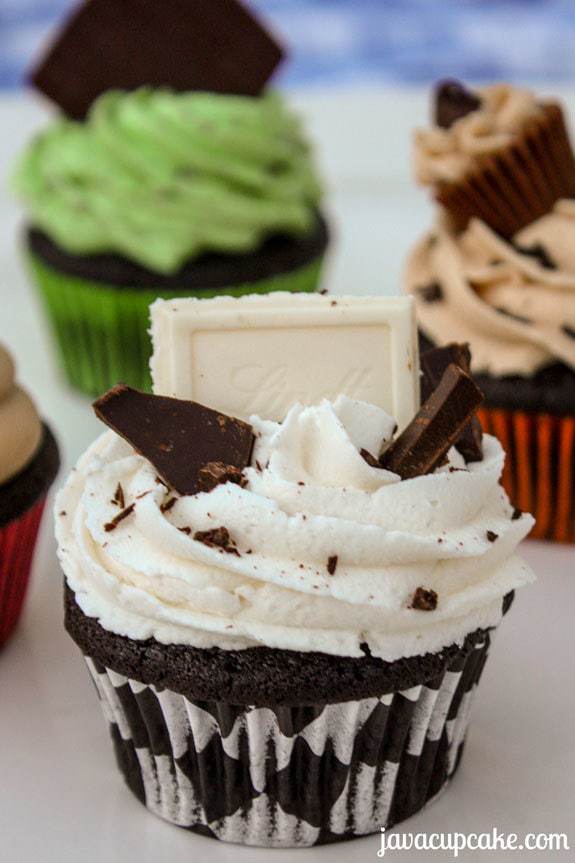 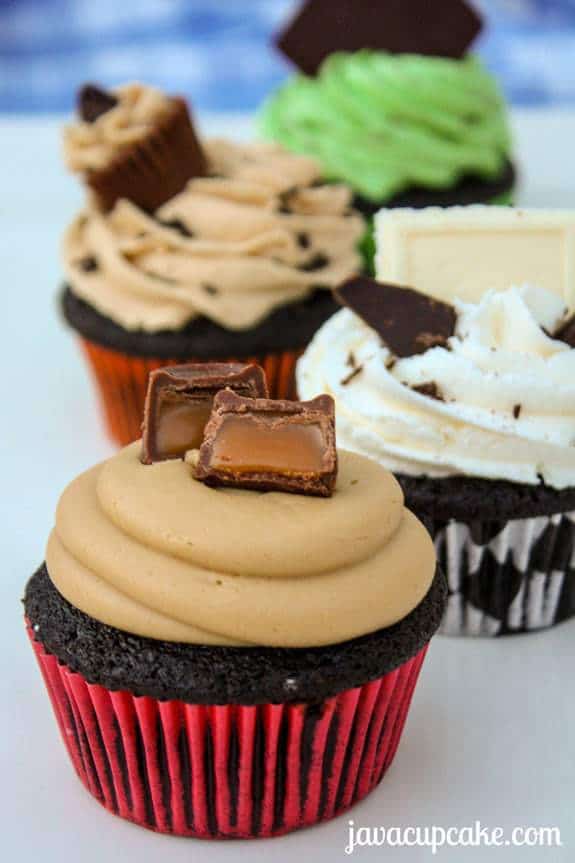 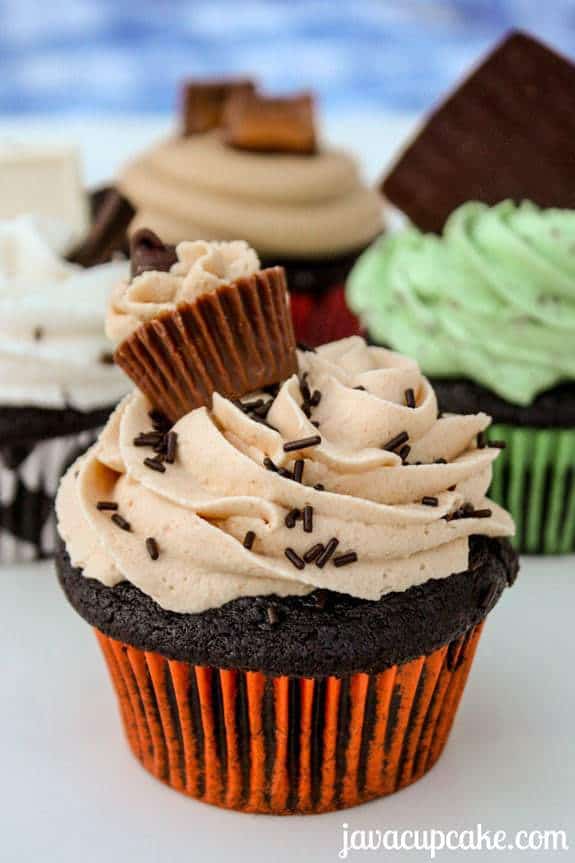 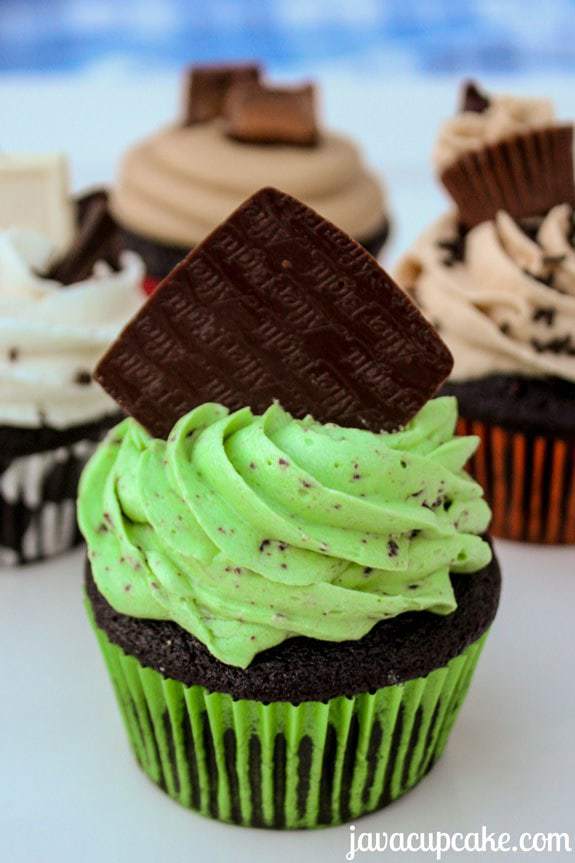 Woah.  That’s a lot of cupcakes.

I know… you may not have everything to make these cupcakes on hand… and if you were to buy all the candy needed to put these together it’d break the bank.    No worries though… I’ve broken down the recipe so that you can make them 1 dozen at a time! 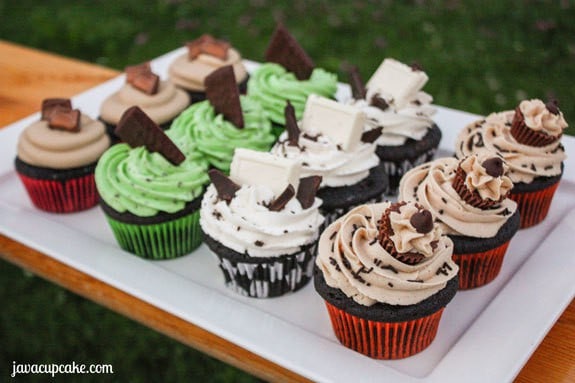 So at the BBQ – the cupcakes were a HUGE hit!  Everyone loved them… from the soldiers to the kids… my cupcakes put a smile on all faces! 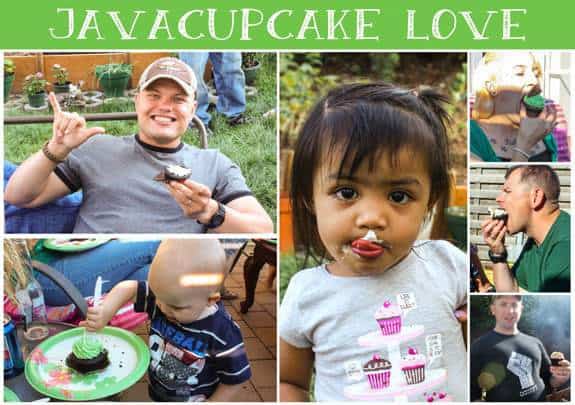 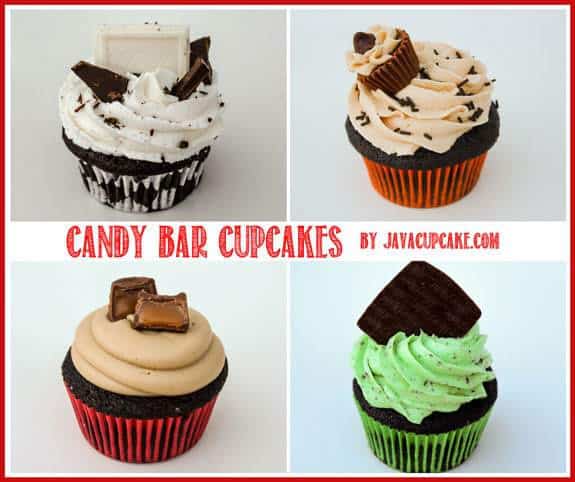 The dark chocolate cupcake recipe appears to be missing as a link. Where can I find this?

Do any of these need to be refrigerated?

OMG! These look so delish!! I can't wait to make them

I think the Rolos and After Eights are my favorites! These are all SO pretty!

Ooooh, which one to make first! They all look so delicious :-)