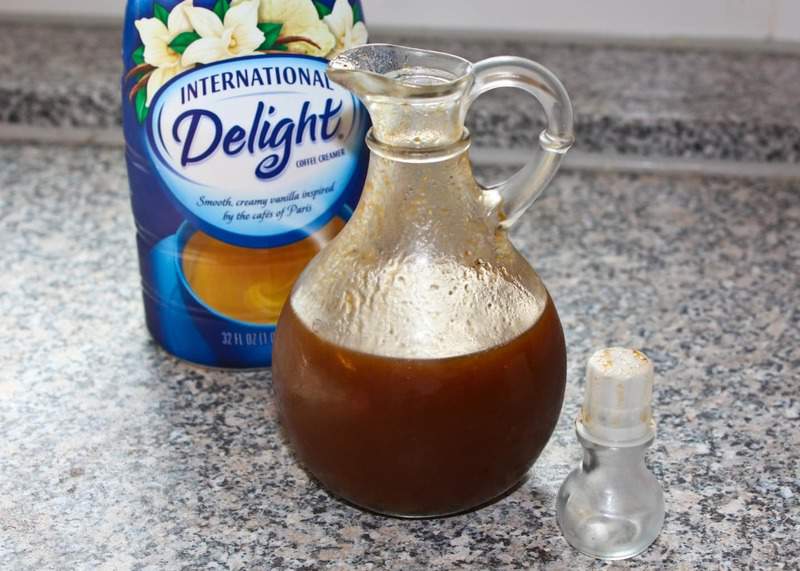 I am so ready for Fall.  I have been drooling over so many pumpkin recipes online that it’s almost become an obsession.  Do you think they have Pumpkin Lovers Anonymous groups I can join?!? Yeah, it’s that bad.

I’m addicted to the Starbucks Pumpkin Spice… frapp, coffee, latte, mocha… whatever, I don’t care.  Just shoot it directly into my belly.  The closest Starbucks to me is over an hour away (I know… how do I survive?!) and I don’t even know if the German ones will have pumpkin spice!! So, I made my own Pumpkin Spice syrup!!

Seriously.  It took 10 minutes and was THE EASIEST thing I’ve ever made.  And… it’s a FRACTION of the cost of pumpkin spice creamer in the grocery store.  I got the inspiration from Cook Like a Champion… changed things up a bit and used what I had on hand.  Seriously, go make some. It’s so worth it.

This morning… I made my first cup of coffee with it.  I poured a good tablespoon of syrup in the bottom of my cup, let the coffee brew in and then topped it with vanilla creamer.  Oohhhh yeah… it’s pumpkin spice heaven. 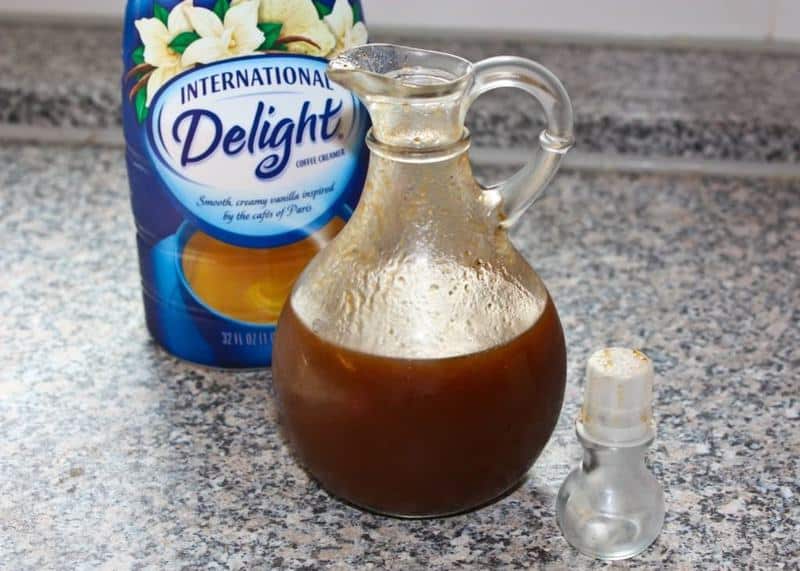 Pumpkin Spice Syrup
Makes about 18-20oz of syrup. (I got two bottles) 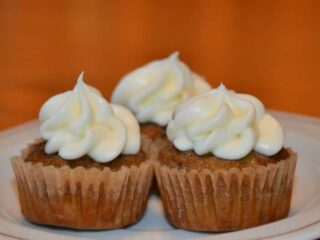 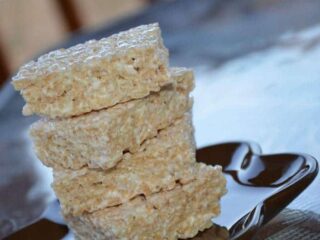 Just made a batch of the pumpkin spice syrup for my aunt and uncle. The leaves are changing in Pittsburgh. Have the vanilla coffee creamer and coffee waiting. :-)

Oh my! This sounds so easy. I'll have to make this soon. How ling does the syrup last in the fridge? My mom passed away four weeks ago. We loved going to Starbucks to get a pumpkin latte. Will make this in her honor. At the rosary, my dad talked about my mom being a proud military wife and mom. Back in the early days, we lived on the 4th floor in the maids quarters in Bad Toltz. Thanks for a great memory. <3

The syrup doesn't last long in my fridge!! hehe But really, you could easily keep it in your fridge up to two weeks. I wouldn't use it much longer than that. When I made this the last time, I gave half of it to my best friend so one bottled, drinking coffee everyday, lasted about 10 days.

Gigi, I'm so sorry to hear about your Mom. I wish I could wrap my arms around you and give you lots of big hugs. xoxoxo Maybe our Moms will meet in Heaven <3 Loves you!!!

You should make that into bars or cakes. I love them to

im going to make some of this and bring to work, i work in the OR at madigan army hospital and the Drs. and nurses live on coffee and of course cupcakes when i make them:) but wont they be surprised with this..cant wait to try, have been off work since july 1 due to foot surgery and go back sept 6, will be bringing this with me and also have to find a special cupcake to make for my coming back to work. Betsy do you miss ft lewis? so many changes made in last year. we have two new clinics off post, so we can see everyone and not send them out to private sector..wounded warriers building, soooo many changes....