If you love Snickerdoodles, then these Cupcake are the ultimate in Snickerdoodle.  These “Double Doodle” cupcakes are packed full of cinnamon, sugar and flavor! Sure to be a crowd pleaser at any party!

Inspired by Bakerella’s snickerdoodle cupcakes,  my version has just a little more sugar and cinnamon.  I really can’t get enough of that good stuff.  The cupcakes are a moist, dense cupcake full of cinnamon,  with a cracked cinnamon and sugar crust then all topped off with a cinnamon buttercream and a fresh Snickerdoodle cookie.  That’s right… you heard me…. a whole cookie on top!!  That’s the Double Doodle! 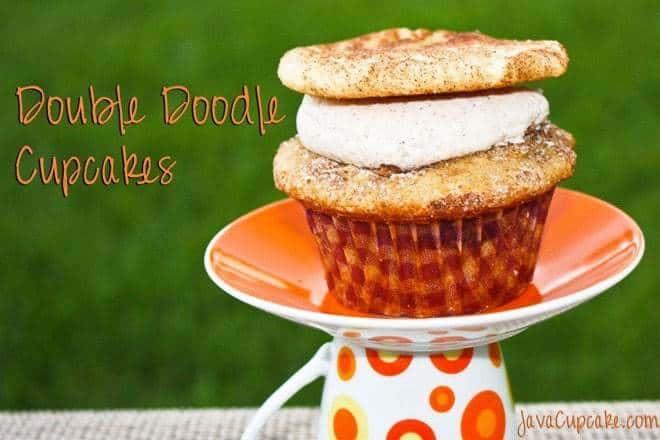 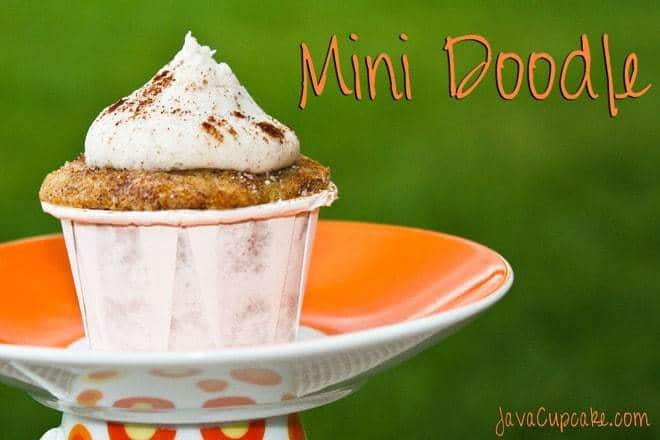 These sound delicious. I think they will be the next cupcakes I bake. Thanks for the recipe!