Yesterday was a great day.  Yes, my friends, it was National Kahlua Day.  So what did I do?  I ran to the closest liquor store that’s open on Mondays and bought myself a little, errr, big bottle of my favorite liquor.

For these cupcakes, I took my classic chocolate cupcake recipe and amped it up. I substituted buttermilk for regular milk, the sugar ratios are a little different, and of course, they’re drenched in Kahlua.  The frosting is also my classic buttercream, but I also changed it up a little bit.  Instead of the paddle attachment, I used a the whisk and of course, added Kahlua instead of vanilla.  Oh yum. 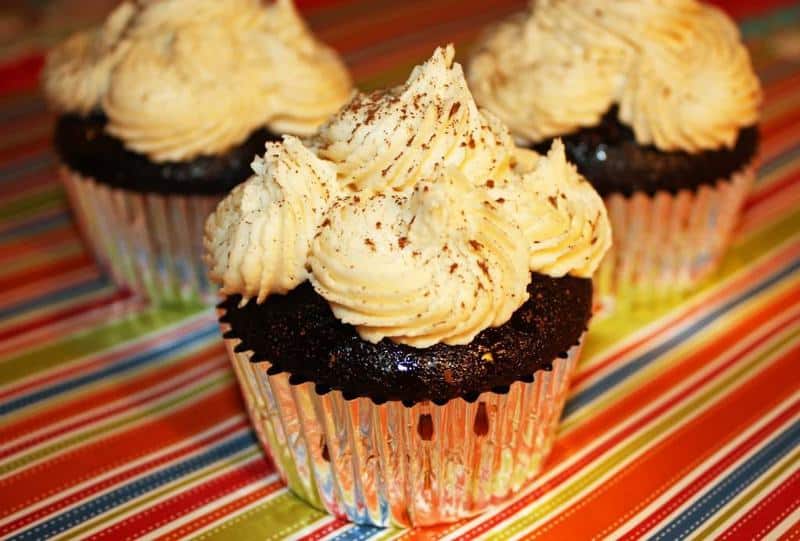 These are certainly great cupcakes for National Kahlua Day. I will have to make these soon! Chocolate and Kahlua are a great pairing, and I love the frosting!

You say a whole bottle of Kahlua..how big a bottle. they come in 700ml or 1Ltr bottles.. They do look oh-so-delicious though. my mum would love these :D

A small bottle would be okay... but if you want to drink more, I'd get a bigger bottle ;)

These cupcakes were a huge hit at home and work... DELICIOUS... if you like Kahlua YUMO....

This looks great. I love anything with chocolate it in, especially peanut butter and chocolate.

I will definetly have to try making these cupcakes!

They look delicious! Thanks for the recipe - can't wait to try them.