I’ve thought a lot about what makes the perfect vanilla cupcake… will it be moist? dense? crumbly? cakey? white? cream? vanilla beans? extract? I’ve tried a lot of recipes, but none really taste like vanilla… just plain cake. 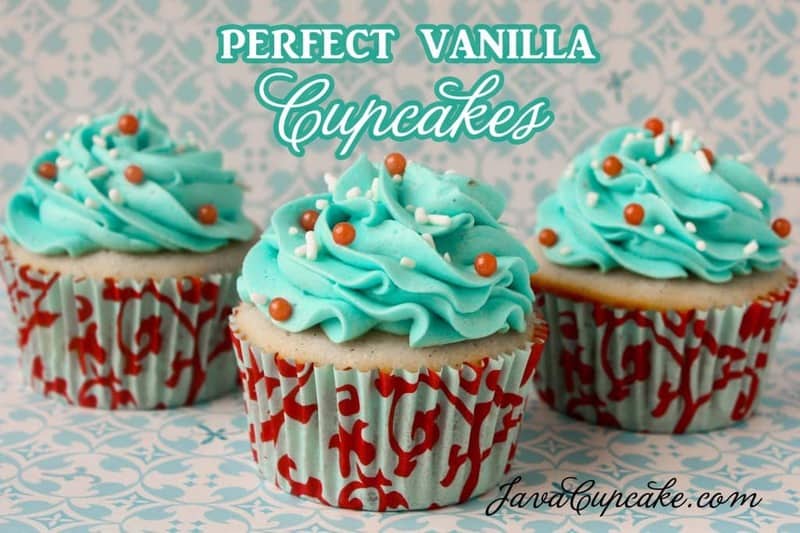 I posed this question to you on Facebook & Twitter, “What ingredients make up the perfect vanilla cupcake?”… and this is what you said: 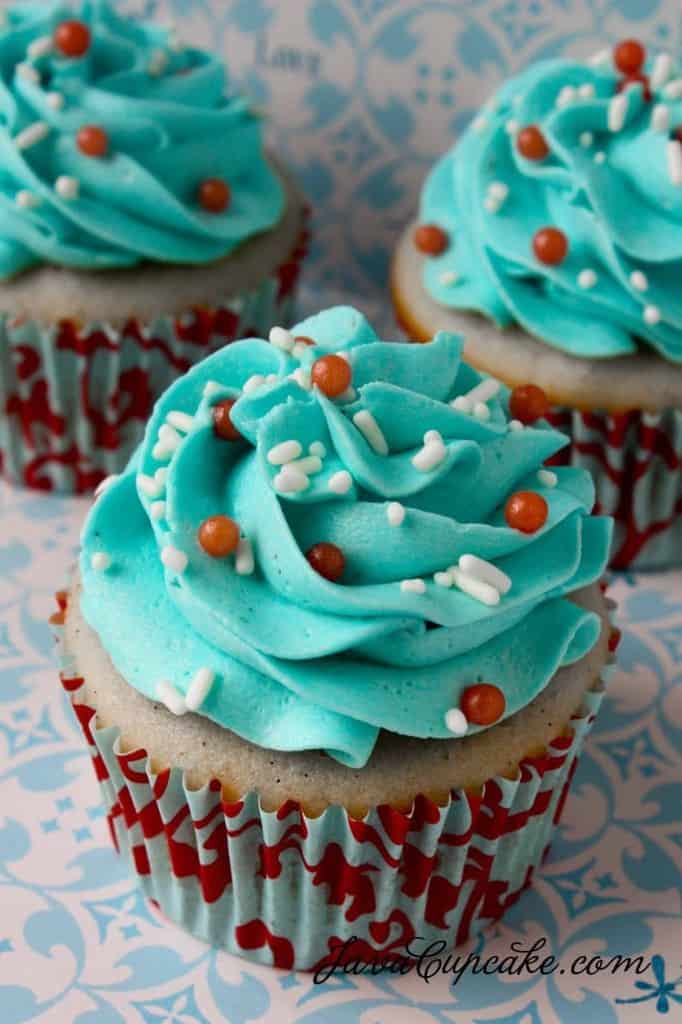 Yesterday, I ventured into the kitchen to make a vanilla cupcake that truly tasted like vanilla.  I began with Sweetapolita’s recipe for vanilla cake and added my own spin on it to really bring out the vanilla flavor.  I did things like steep the milk in vanilla beans, use my homemade vanilla extract and vanilla sugar and of course use the seeds of 2 fresh Madagascar vanilla beans.

And, after tasting them… I’m pretty darn certain that these are one of the most delicious vanilla cupcakes I’ve ever tasted!  I’m definitely adding this recipe to the rotation! 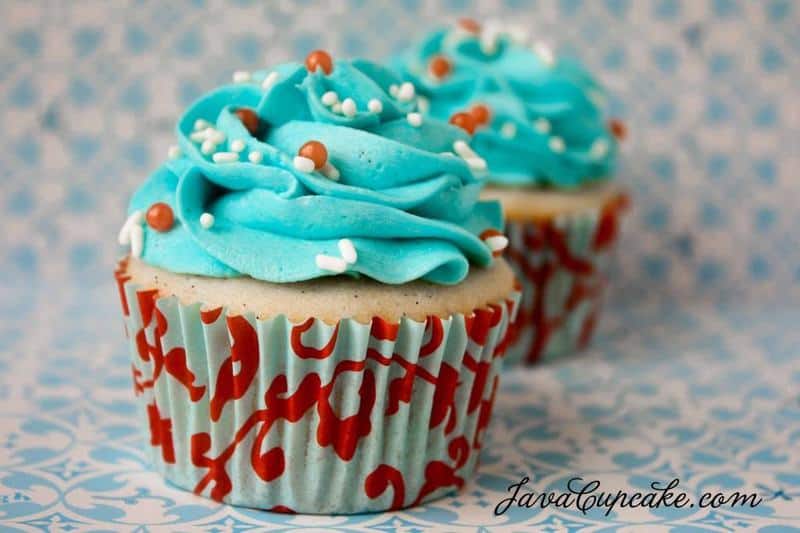 PS… Love these liners?  I got them from Sutton Gourmet Paper!! 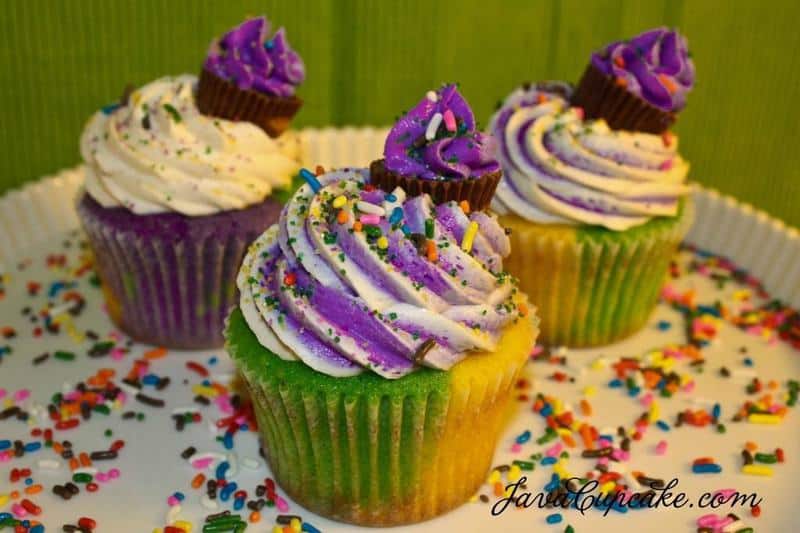 In February 2012, AFN Bavaria here in Germany is hosted me for a 2 hour segment to talk cupcakes and baking!  And, well… since it’s Mardi Gras season, I thought it’d be a perfect reason to bring the DJ’s some party cupcakes!

Because I needed to color the batter, I needed a basic white cake batter to start with.  So, I whipped up a simple vanilla buttermilk cupcake.  But… you know me, nothing I do is ever basic.  These cupcakes have my favorite Madagascar vanilla beans, buttermilk and some added sour cream for flavor.  There is nothing basic about the flavor of these bad boys! 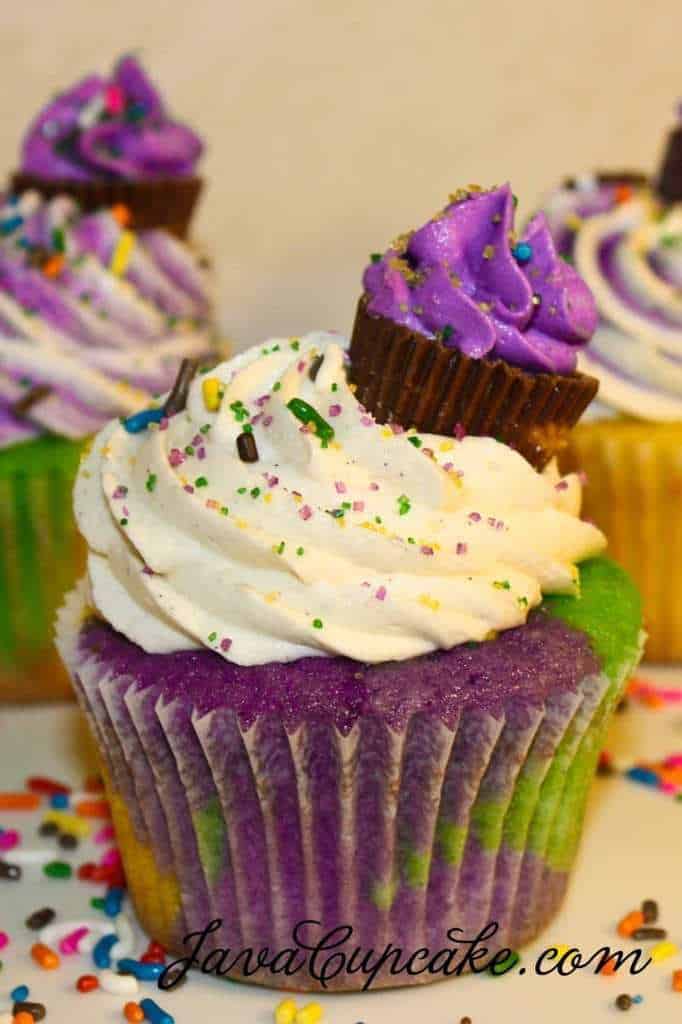 I topped the cupcakes with  a cinnamon cream cheese frosting then embellished them with Mardi Gras colored sprinkles and mini cupcakes made with Reese’s peanut butter cups.   This is a simple, fun way to dress up your cupcakes for a party!

They’ll be sure to impress your party guests! 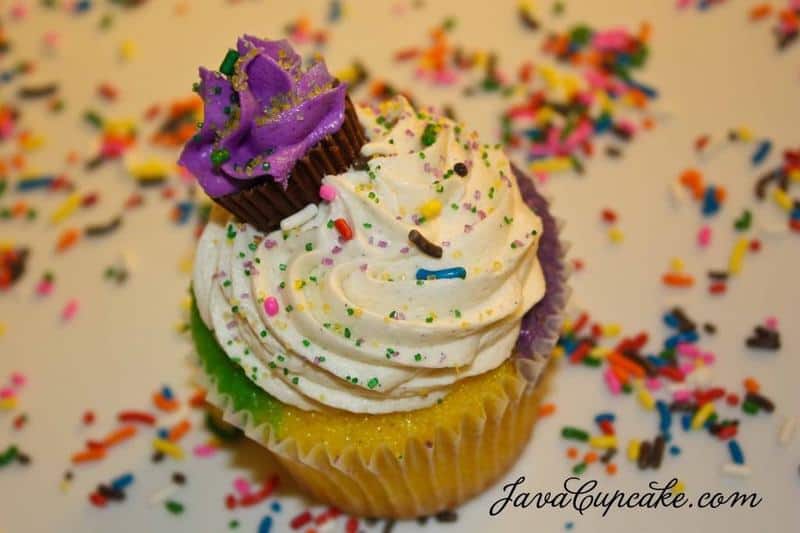 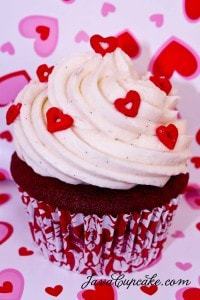 I had a little bit of extra Red Velvet batter when I made an order for mini’s recently,  so I decided to dress up a full size cupcakes for Valentine’s Day.

First, I used my favorite red and white liners from Sutton Gourmet Paper that owner Kellie sent me.  Seriously, these make any red and white cupcake so much more beautiful.  They hold their color so well… I just love them!

Second, I filled those awesome liners with my recipe for Red Velvet cake… which, I think I’ve pretty much perfected.

Third, I topped them with a simple cream cheese and vanilla bean frosting.

Here’s to wishing all of my fantastic readers a very

Please know how much I love each and every one of you and truly am thankful for your love and support over the years! 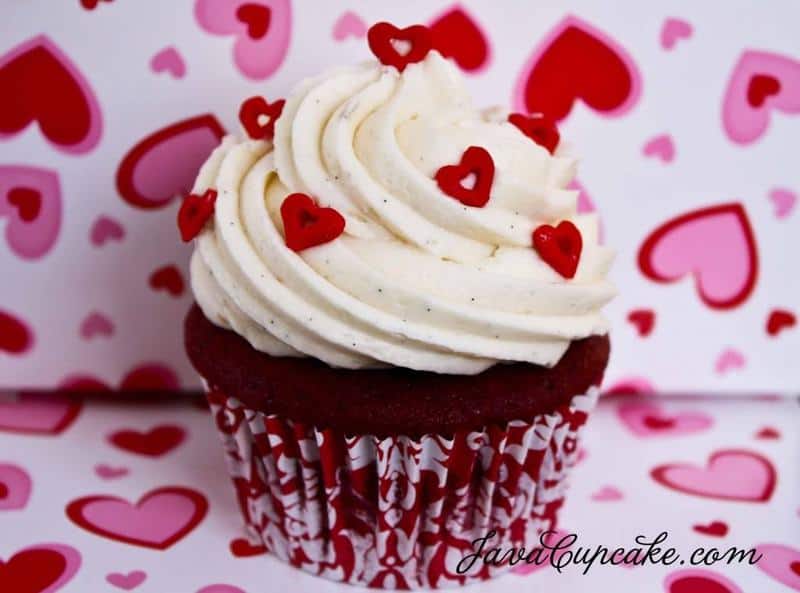 These Thin Mint Cupcakes are by far the most decadent, minty, chocolaty cupcakes I’ve ever had! 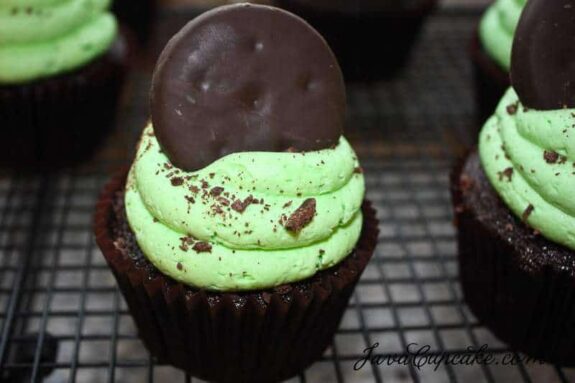 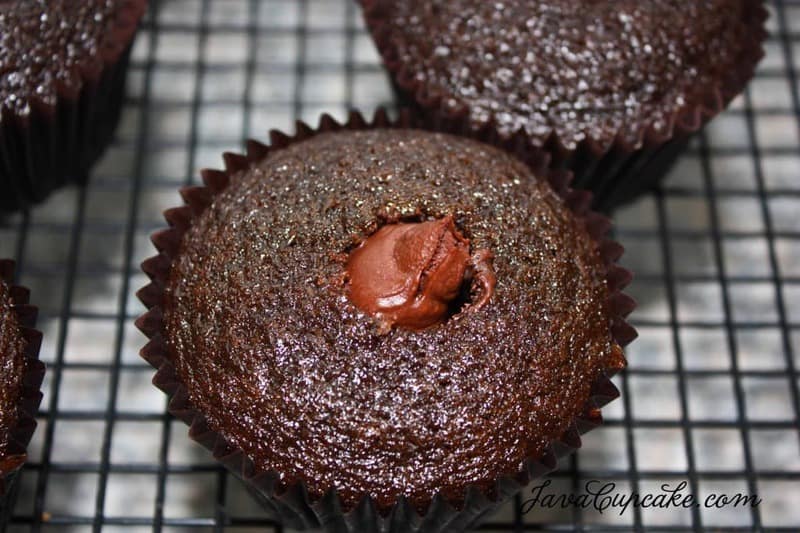 Last year I made Samoa Cupcakes and Tagalong Brownies.  This year… I started with Thin Mint Cupcakes.  These cupcakes are a super decadent chocolate cake filled with a whipped chocolate ganache topped with a mint buttercream.  Serious amounts of NOM NOM NOM. 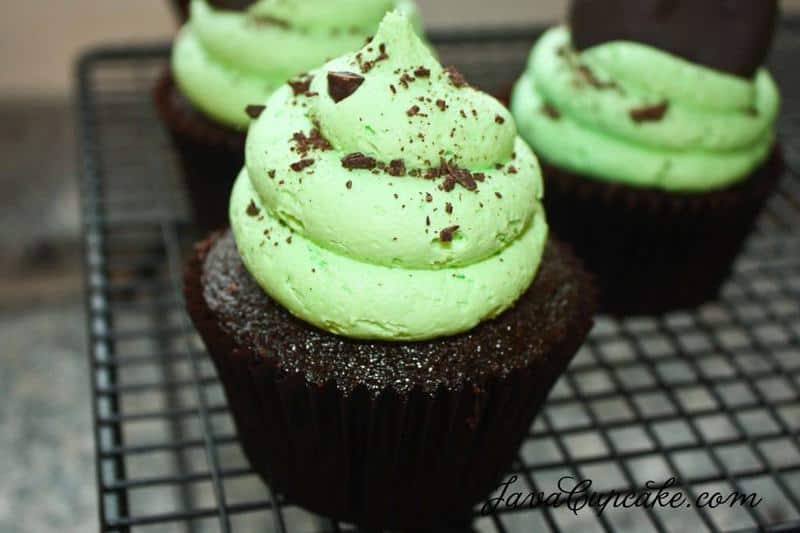 PS…. This is my new favorite chocolate cake recipe.  I know it’s got beer in it… but I’m totally using it for every chocolate cake I make from now on!! 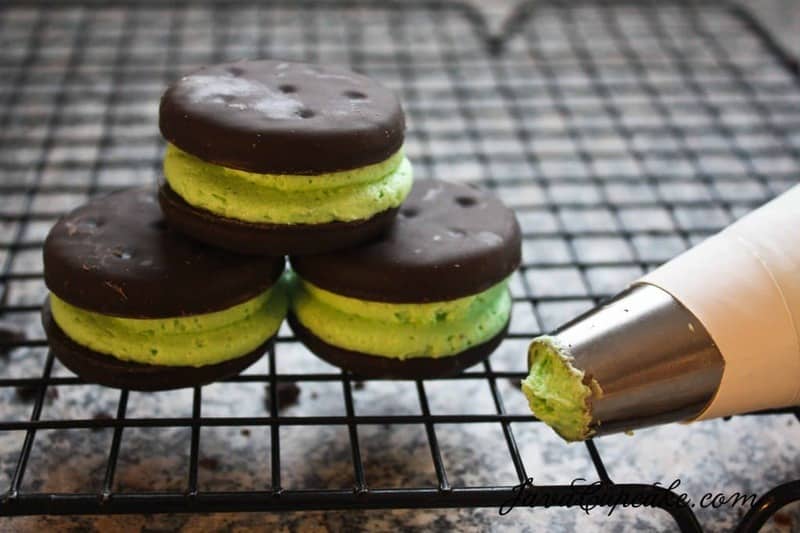 And this is what you do when you have left over peppermint buttercream.  NOM NOM NOM

Beanilla was having a HUGE sale on their vanilla beans, so I snatched up a 1/2lb of Madagascar beans this week.  Seriously, the BEST investment I’ve made for my baking in a long time.

These beans are so fresh, so moist, and so full of great vanilla flavor…  I really can’t wait to use them in EVERYTHING for the next few months.  I just hope that 1/2lb was enough!

First thing I made took me no time at all.  Vanilla Sugar.  Seriously, get some vanilla beans and make some of this yourself.  It takes 2 minutes and your sugar will thank you!! 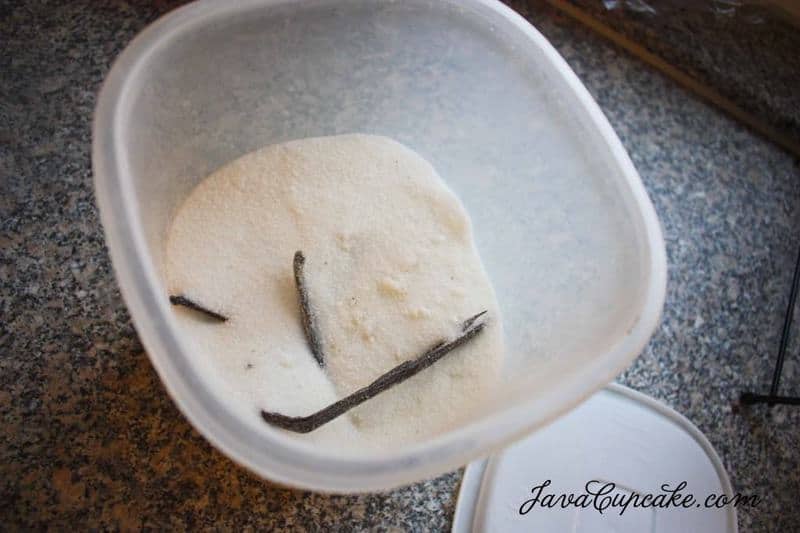 NOTE:  You can just keep adding sugar to the container as you go through it as well as any other used vanilla bean husks as you bake.  Just take the old ones out when they’re all dried up.  You can used the dried up beans in milk/cream to make vanilla cream! Nom nom nom.

And then I made Vanilla Cream.  You can use this cream in place of any recipe that calls for milk or heavy cream.  It will add such a rich, delicious vanilla flavor to whatever it is you’re baking.

You could also use it as coffee creamer.  Nom nom nom 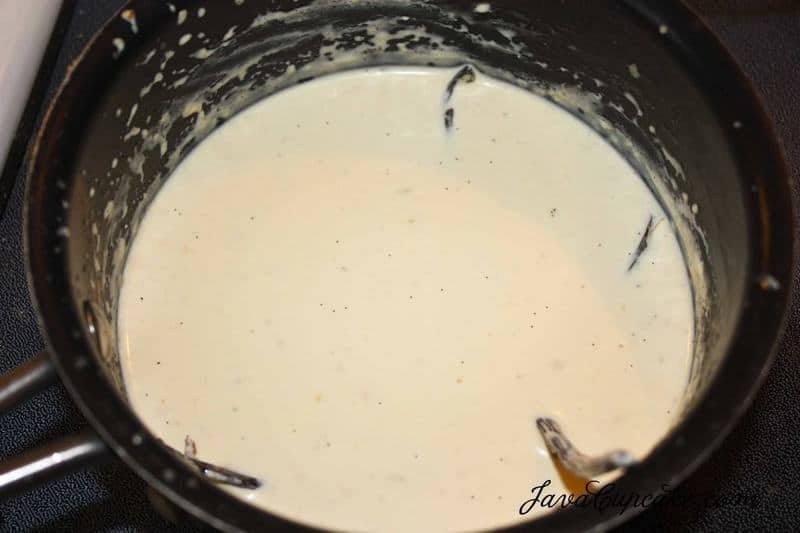 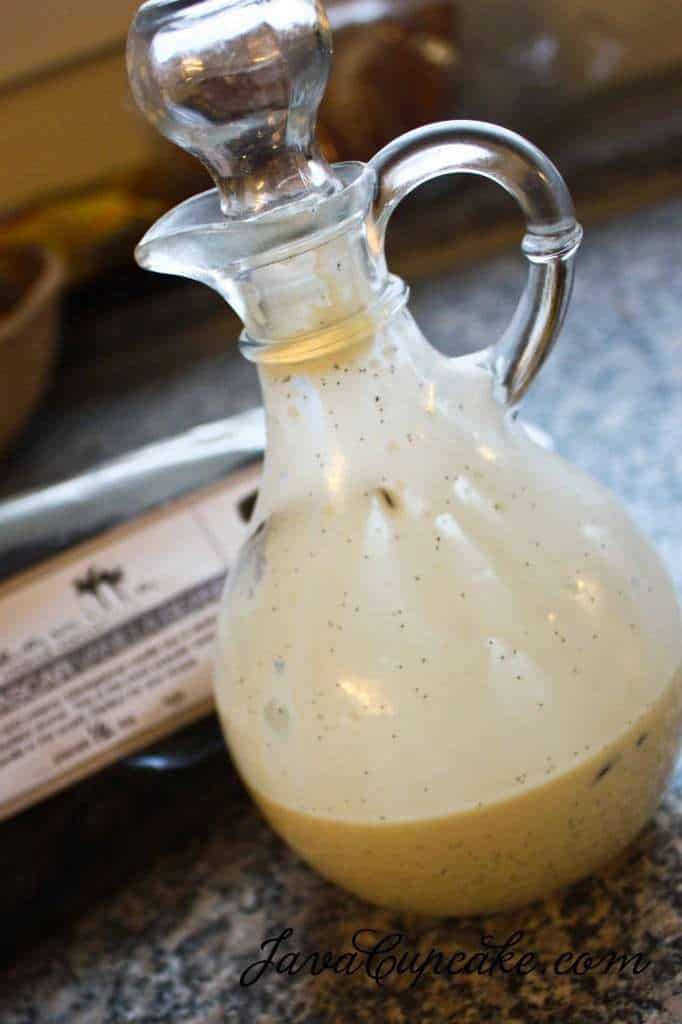